Right away, one of the Pokemon we see in the new trailer is Galarian Slowbro. This poison and psychic dual-type will know the ability Quick Draw and the signature move Shell Side Arm, which inflicts either physical or special damage depending on what will damage the enemy Pokemon more and has a chance at poisoning its target. 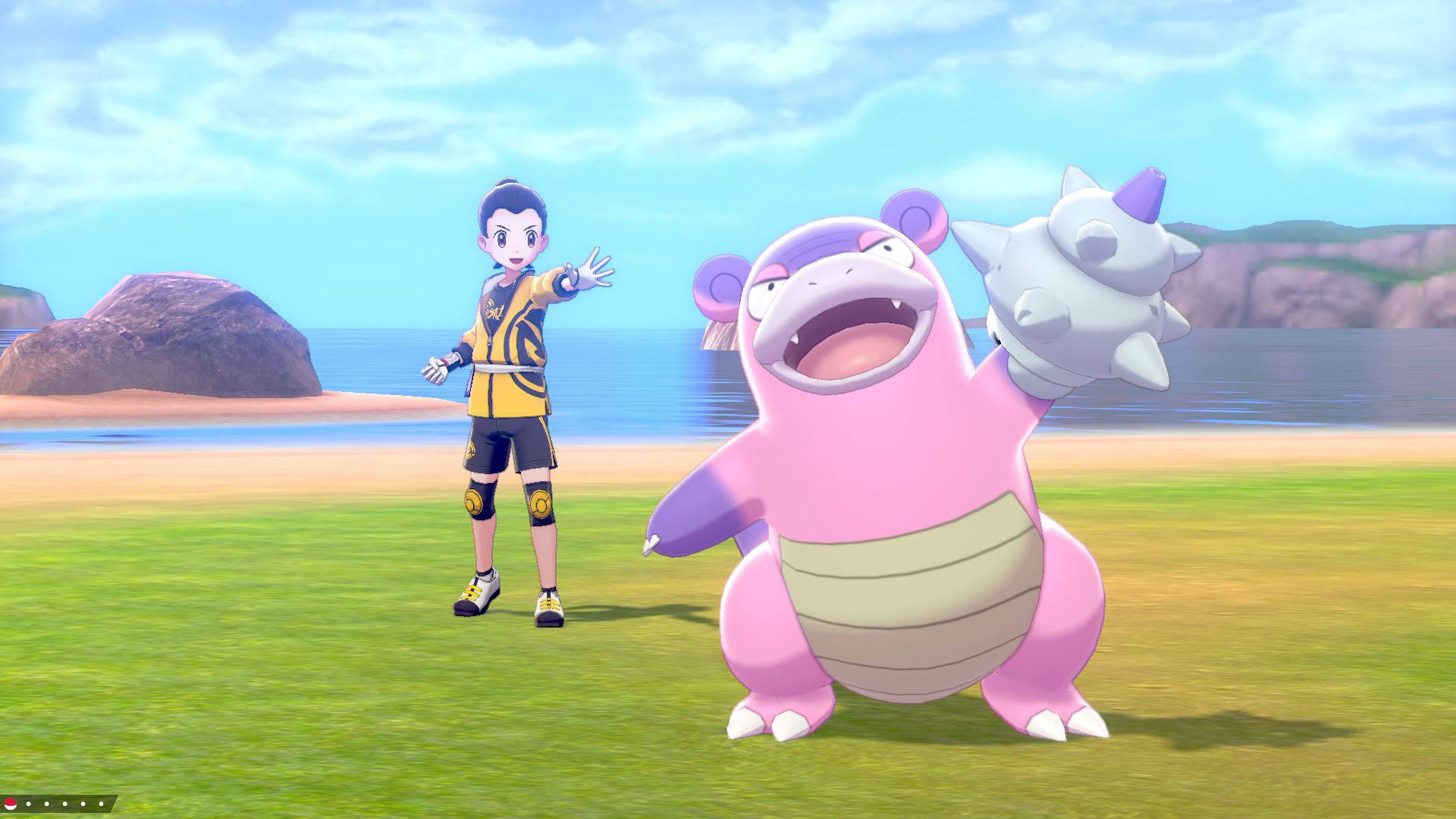 Galarian Slowbro will be one of the Pokemon introduced in The Isle of Armor, which is the expansion that’s dropping on June 17th. Joining Galarian Slowbro will be Gigantamax Venusaur and Blastoise. Venusaur will know the move G-Max Vine Lash, which will damage non-grass enemy Pokemon over four turns when used. Blastoise, on the other hand, will use G-Max Cannonade, which does the same thing to non-water type Pokemon.

The Pokemon Company also shared new information about Urshifu, the new legendary Pokemon being introduced in The Isle of Armor. Urshifu has two forms it can transition between: Single Strike Style and Rapid Strike Style. In Single Strike Style, Urshifu will be able to use Wicked Blow, a signature move that always lands a critical hit. Rapid Strike Urshifu will use Surging Strikes, which again always results in critical damage. 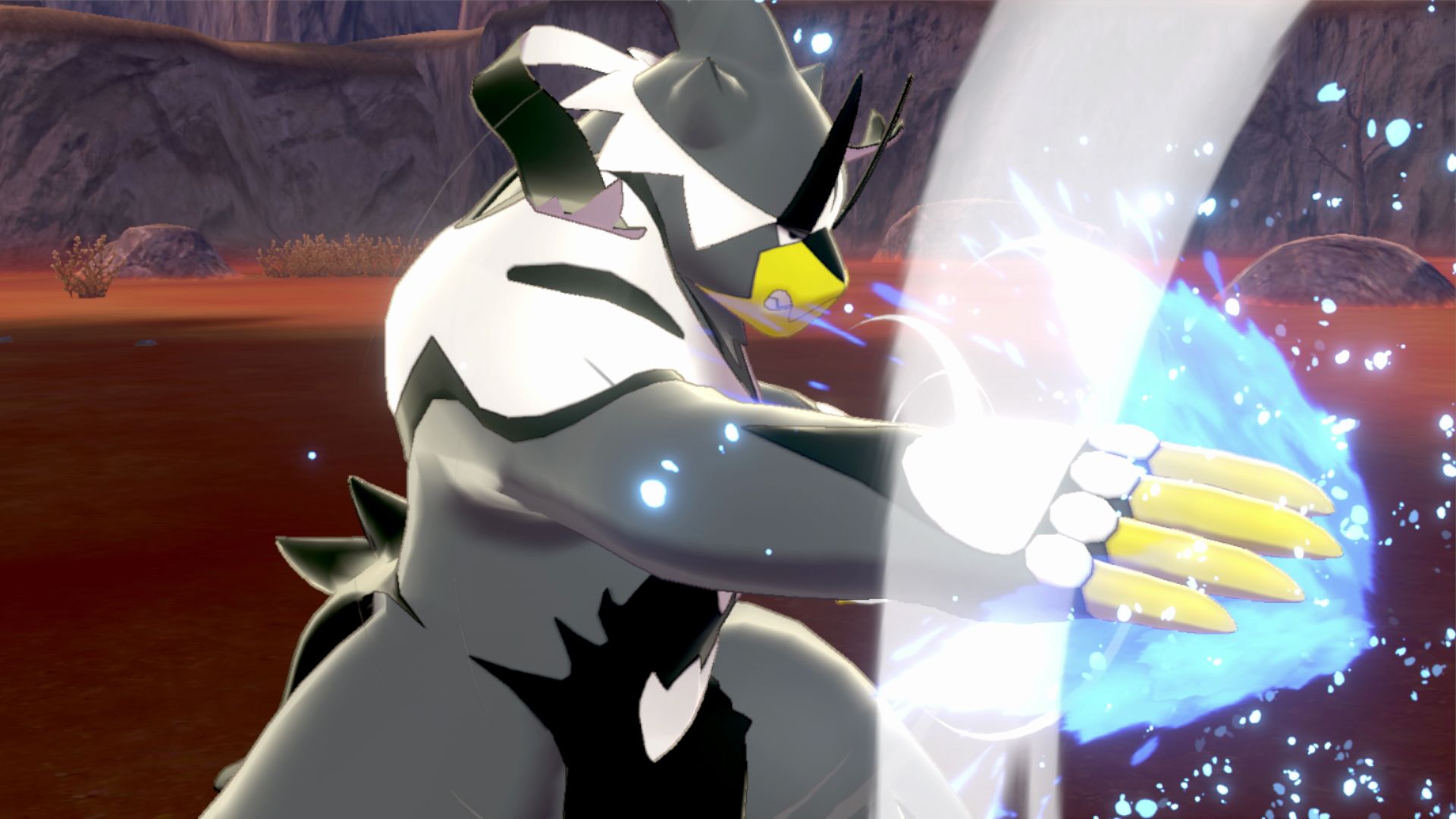 When Gigantamaxed, Single Strike Urshifu’s dark-type moves will become G-Max One Blow, while Rapid Strike Urshifu’s water-type moves will change to G-Max Rapid Flow. Both of these attacks will hit through defending moves like Max Guard or Protect, which could be a huge advantage for competitive play. Just as well, Urshifu’s ability, Unseen Fist, allows the Pokemon’s physical attacks to move through those same defending moves.

In The Crown Tundra – the second expansion that’s arriving sometime this fall – we’ll see the addition of Regieleki and Regidrago, two new legendary titans similar to Regigigas, Regirock, Registeel, and Regice. Regieleki’s signature move is Thunder Cage, which deals damage over five turns and prevents opponents from being swapped out or fleeing for the duration. Regidrago’s signature move is Dragon Energy, which does more damage the more HP Regidrago has. 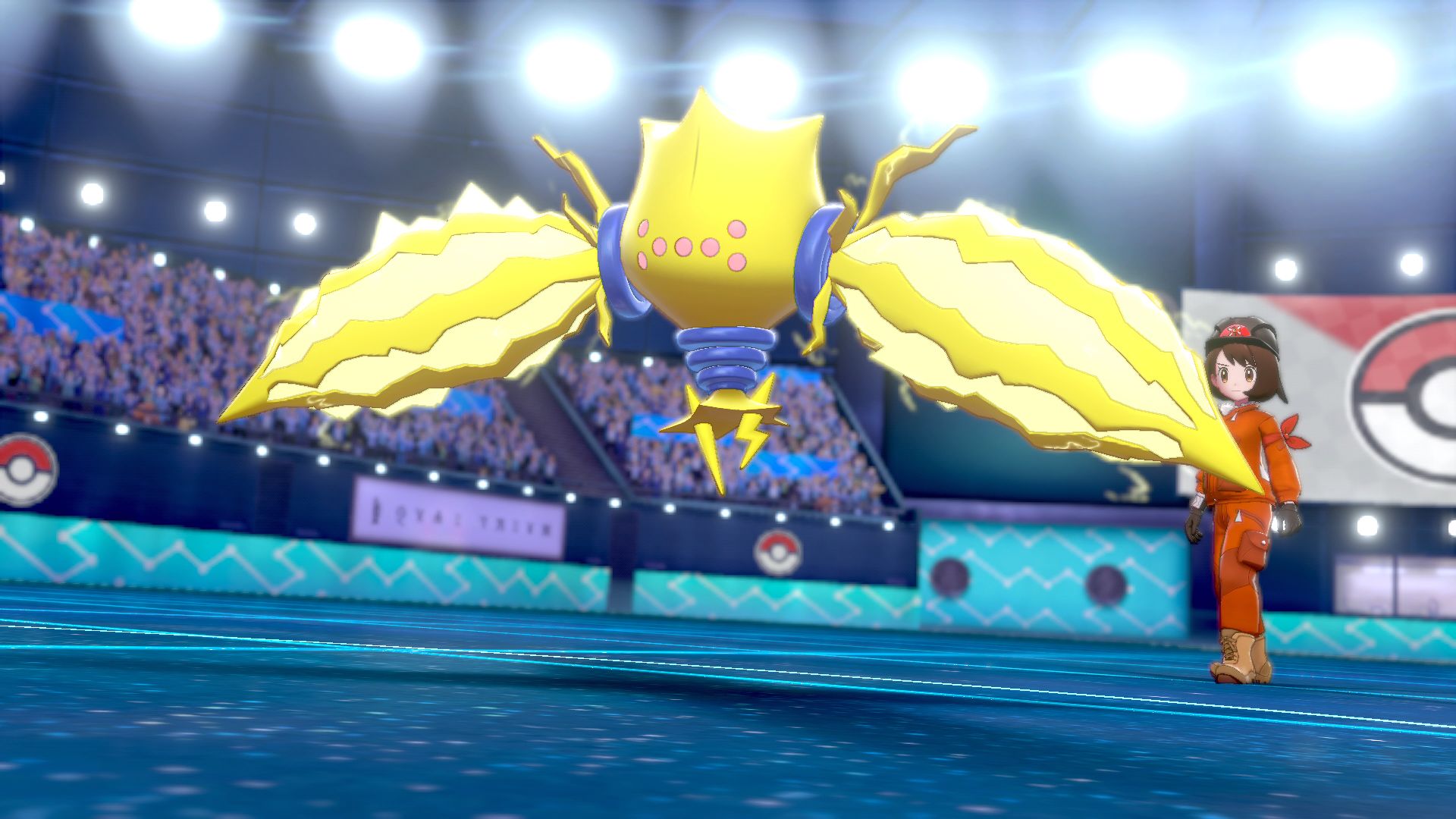 Then we come to the returning legendary birds, which were previewed briefly at the end of yesterday’s trailers. Articuno, Zapdos, and Moltres are all getting Galarian forms in The Crown Tundra, each with special typing and new signature moves.

Galarian Articuno will be a psychic/flying Pokemon with a signature move called Freezing Glare, which is a psychic move that may leave opponents frozen. Galarian Zapdos is a fighting/flying dual-type with Thunderous Kick as its signature move, which is a fighting-type move that lowers its opponent’s defense. Finally, Galarian Moltres will be a dark/flying dual-type with the dark-type Fiery Wrath as its signature move; this move may make the opponent flinch when used. 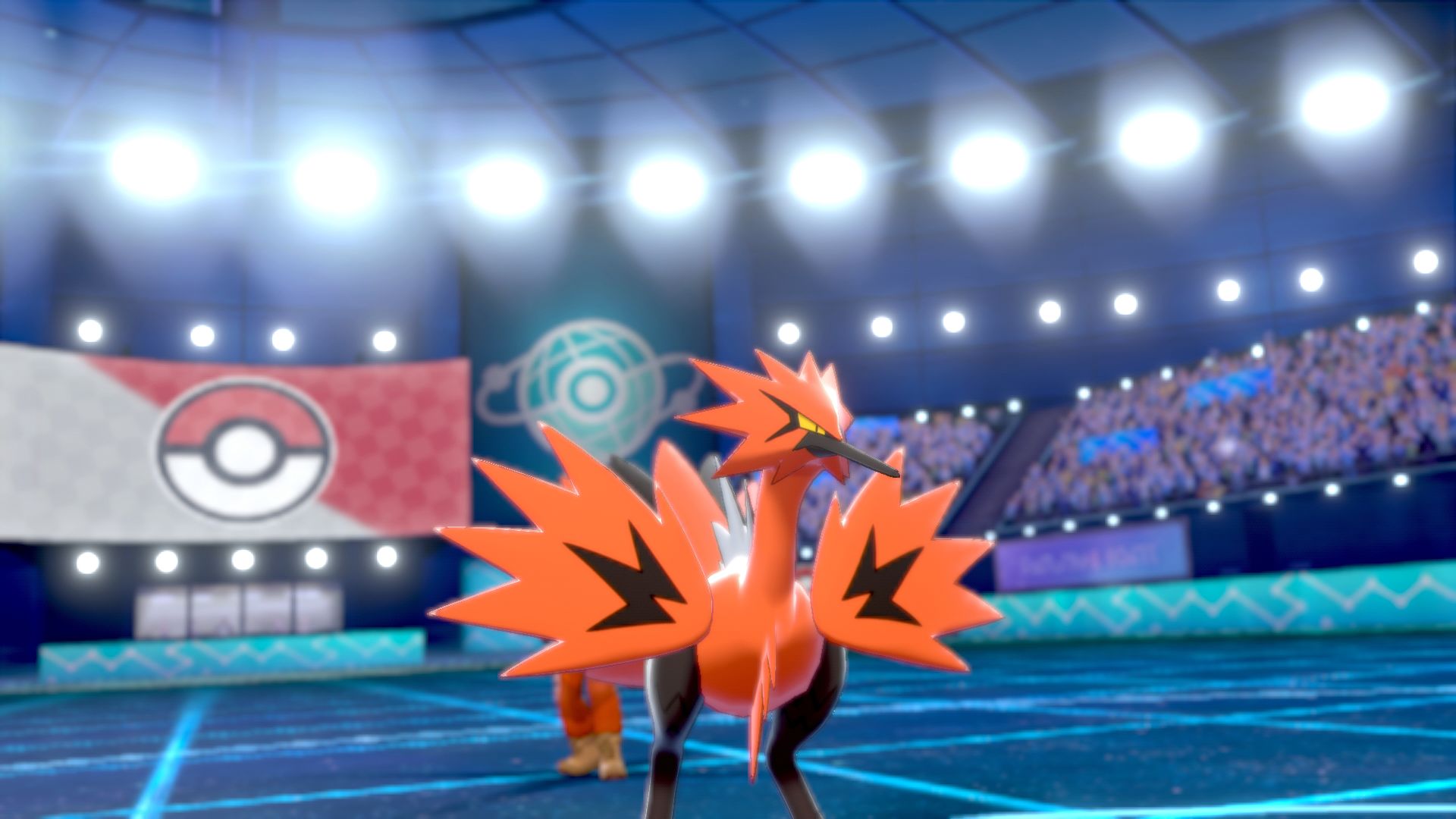 On top of the Pokemon that have been detailed by The Pokemon Company International, the trailer we saw yesterday also revealed that all of the version legendaries from past games will be joining the roster. That means we’ll see Mewtwo, Lugia, Ho-oh, Groudon, Kyogre, Palkia, Dialga, Xerneas, Yveltal, Lunala, and Solgaleo join Sword and Shield in these expansions, though it’s unclear which expansion they’ll be available in.

The Pokemon Company also revealed that those who transfer a Pokemon from Sword and Shield to the Switch version of Pokemon Home beginning today will net a Grookey, Scorbunny, and Sobble with their hidden abilities. Those Pokemon will be distributed to the mobile version of Pokemon Home, so you’ll need both versions downloaded and installed to take advantage of this promo. 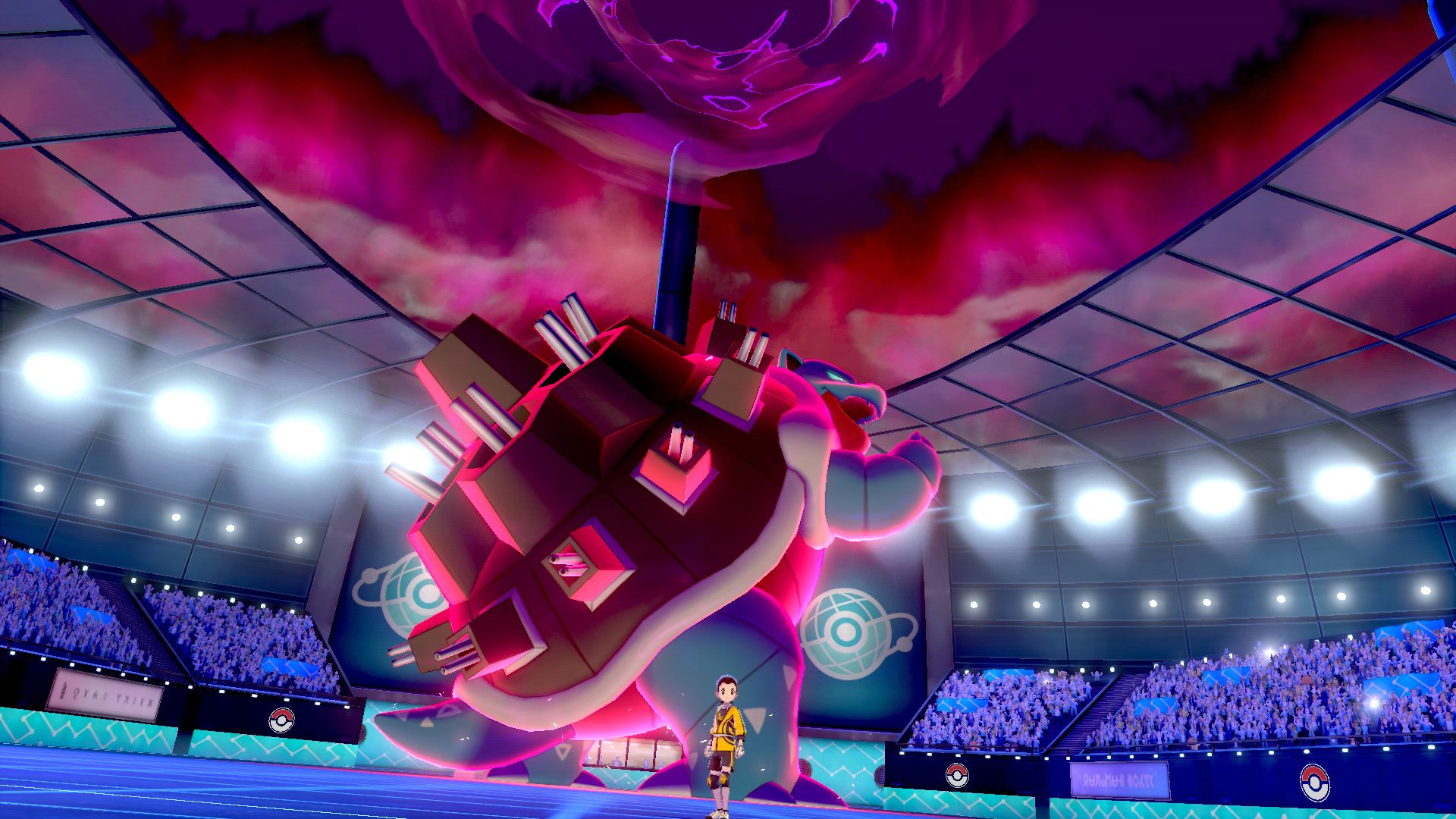 That Gigantamax Festival is live now and will run until June 29th at 4:59 PM PDT. For more on everything The Pokemon Company revealed, you can head over to the Pokemon website. We’ll undoubtedly hear more about The Isle of Armor before its release on June 17th, so stay tuned and we’ll let you know when that info is shared.