Pokemon Sun and Moon‘s first global event is going to wrap up in a few days, and when it does, it will end in failure. For those of you who missed the news, Nintendo and Game Freak launched this global event back on November 29, challenging players around the world to catch 100 million Pokemon by the time the event ends. With Pokemon Sun and Moon breaking Nintendo sales records, that should be easy enough, right?

Not so fast! At the time of this writing, players have only managed to catch 10.6 million Pokemon according to my copy of Sun. With the event ending on December 13, we’ll be lucky to see that number climb to 20 million by the time everything is said and done. That’s a mere fifth of what the challenge calls for.

Why won’t the event succeed? It’s possible that Nintendo simply set the bar too high. 100 million is a lot of Pokemon, and when you consider that Pokemon caught before the event don’t count toward this number, it’s possible that the player base just couldn’t swing it.

Here’s the thing, though: with the number of Sun and Moon players out there, 100 million should have been in the bag before the event was even a week old. Without focusing on catching Pokemon at all, I’ve managed to catch 20 since the event started. It’s safe to assume that many other players will have a similar amount, and those looking to pad out their PokeDex will have many, many more. 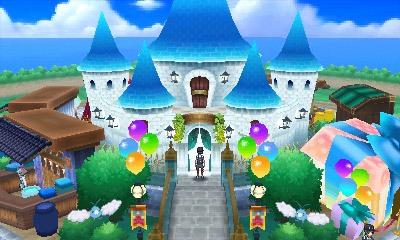 It’s hard to know exactly how many Sun and Moon players there are, but we can get an idea thanks to the sales numbers that been floating around since launch. In the first three days after release, Pokemon Sun and Moon sold 1.9 million copies in Japan, and a few days ago we heard that they have sold 3.7 million in the Americas. Just today, Nintendo announced that Sun and Moon have sold 2.1 copies in Europe.

This means that Pokemon Sun and Moon have sold at least 7.7 million copies around the world, and likely more than that considering the numbers we have for Japan only cover Sun and Moon‘s first weekend. For the sake of our little math problem, though, let’s just say that they’ve sold 7.5 million. If all of those players caught just 20 Pokemon, we’d be at 150 million catches – done, fini, let’s wrap this up and pop a bow on it because we’re all Pokemon Masters and we know how to catch some dang pocket monsters.

It’s clear that we have the player base to end this event in success, so what gives? Well, the problem is that while we may have the player base to conquer such a challenge, not everyone’s catches are being counted. Your catches aren’t being automatically recorded, and instead, you actually have to sign up to participate in this event through Pokemon Sun and Moon‘s Festival Plaza. 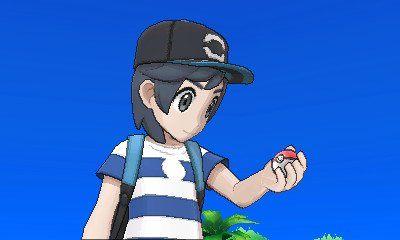 The process of signing up isn’t exactly intuitive, either. You have to go to the Festival Plaza, head into the main tent, use the PC to create a Game Sync account (which syncs your game data with the Pokemon Global Link) and then speak to one of the NPCs inside the tent to sign up for global events. It’s a quick process when you know what to do, but requiring event sign ups in the first place is where Nintendo took a misstep.

Making matters worse, the game doesn’t really do anything to point you in the right direction. Sending out an in-game alert to Pokemon Sun and Moon players when the event started would have been a good move, but I don’t remember seeing anything about this first global event. If you weren’t actively seeking out Pokemon Sun and Moon news online, there’s a good chance you missed the beginning of this event entirely.

READ MORE: Pokemon Sun and Moon ReviewEssentially, the failure of this event comes back around to Nintendo’s history of wacky decisions when it comes online play. Why do I need to sign up to have my Pokemon counted when I have a New 3DS that’s always connected to the internet?

Wouldn’t automatically tracking the number of Pokemon caught on every internet-connected 3DS make this whole thing easier for all parties involved? Barring that, why wasn’t creating a game sync account and opting into global events part of set up process when players booted up the game for the first time?

At the end of the day, it’s just a reward of Festival Coins that are on the line, so it isn’t a big deal that this event won’t end in success. Still, the idea of hosting global events that all Pokemon Sun and Moon players can participate in is truly exciting, but the way Nintendo handled the launch of this first event meant it was doomed from the start. Hopefully Nintendo makes more of an effort to alert players to the next global event, and beyond that, hopefully Nintendo’s online systems get a little more user-friendly once the Switch arrives.