So you’re above and beyond obsessed with Pokemon, are you? You’re just about as pumped up as you could be for the return to Hoenn with Pokemon Omega Ruby and Pokemon Alpha Sapphire, right? Well lucky you, there’s a demo version of the game coming this week. Not to everyone, but to quite a few people – so get ready, get set, gotta catch em all – with codes and releases through the Nintendo eShop, of course. And how do you gain access inside the USA? It’s not going to be easy.

This demo version will take place in Mossdeep City. You’ll remember Mossdeep City from the original Sapphire and Ruby if you played back in the day – this time you’re headed for a cave. This tiny adventure promises to show off a new Mega Evolution, perhaps one that’s not been shown (or leaked) before.

Per SEREBII, we’re to understand that you’ll be seeing both Team Aqua and Team Magma as well as the following Pokemon: Loudred, Nosepass, Linoone, and Slakoth. 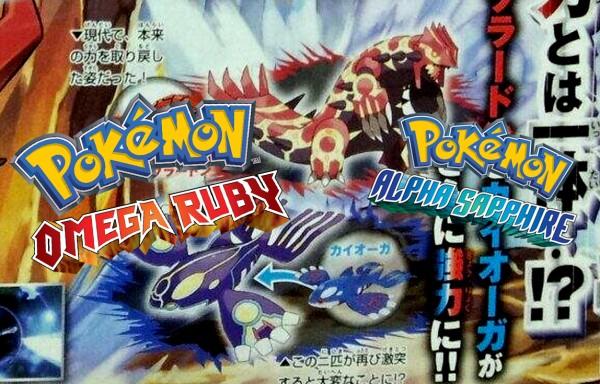 Thus far the release schedule for “Pokémon Omega Ruby & Alpha Sapphire Special Demo Version” is limited. Not limited in scope – it’s coming to quite a few countries at once. Limited in a general “you need a code” sort of sense.

If you live inside the UK, you can head to GAME and get the demo with Nintendo Zone, also in stores starting this Wednesday, the 15th of October. GAME will have 20,000 codes – a miniature segment of the Pokemon fanbase in the country.

The UK will also have codes in Amazon, Smyth Toys Superstores, ShopTo and the Nintendo UK Official Store, all sent through e-mail direct to you. Japan will have access through CoroCoro’s November 2014 Issue.

The United States does not currently have a code distribution schedule in place publicly. It IS possible that we’ll have codes distributed through Pre-Order channels, but we’re not in the know as of yet.