Today we’re taking a peek at all the new Pokemon Sword and Pokemon Shield monsters just released into the code for Pokemon GO. This includes several of the Pokemon to which we pointed earlier this week as potential inclusions in the next major update to Pokemon GO. When you read this article, these new Galarian Form Pokemon might not yet be released into the wild – but they’re definitely prepped and ready to rock!

So the ol’ original Pokemon Koffing – number 109 in the Pokedex – now has a set of FOUR different “forms” in his coffers. This includes Weezing Normal, Shadow, Purified, and Weezing Galarian! This is just one of a set of new Galarian types that’ve been confirmed to appear in the game’s code this week.

Galarian Weezing is still a Poison Type, but is also a Fairy Type Pokemon – following along pretty close to its standard Sword/Shield specs. The base_capture_rate for this Weezing is 0.2, the base_flee_rate is 0.06 (actually 0.05999…repeating). This Galarian Pokemon has base stamina 163, base attack 174, and base defense 197. The base capture and flee rates are the same as the standard Weezing. The base base stamina, attack, and defense are identical as well.

Galarian Weezing has the ability to get ONE quick move – that is Tackle Fast! Charged moves then include Sludge, Hyper Beam, Play Rough, Hyper Beam, or Overheat! Deciding on this Pokemon over the standard version will depend greatly on the sort of moves you’d like to use – and the idea that this version has smokestack hats! Below you’ll see a set of images of these Pokemon as they appear in Pokemon Sword and Pokemon Shield – we’ll have imagery from Pokemon GO, soon! 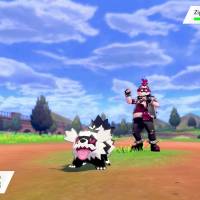 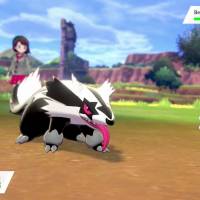 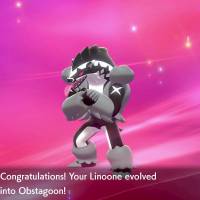 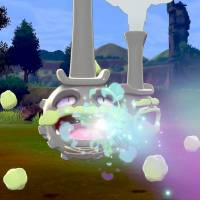 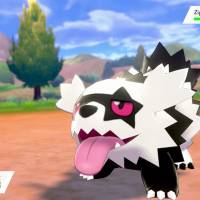 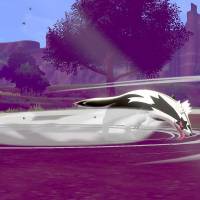 Wait a second, you might be saying, why are Zigzagoon and Linoone here in Galarian form, but the third evolution isn’t? Because, silly, Obstagoon didn’t appear before now, so it doesn’t need a “Galarian” bit in its name. BUT, it DOES only appear in Pokemon Sword and Shield (if you’re not playing Pokemon GO), so maybe it should have Galarian in its name anyway?

We can safely assume the Galarian Linoone will get an update in the Game Master file in the future with an added ability to evolve. At this moment, that does not appear. If you only played Pokemon GO right now, you might never know that Obstagoon ever existed.

NOTE: Obstagoon is the Pokemon that looks like Gene Simmons from KISS. The Galarian Form Zigzagoon and Lionoone also look quite a bit like members of the rock band KISS.

Galarian Weezing, Galarian Zigzagoon, and Galarian Linoone all have gender percentages equal: 50% male, 50% female. They’re all the same for capture and flee rates, too.

Galarian Weezing, Galarian Zigzagoon, and Galarian Linoone all have “asset_bundle_value: 31”. There is only one other Pokemon in the entirety of the current Pokemon Game Master file – that is Unown U! That could just mean that the values mean little to nothing, as the rest of the Unown asset bundle values go from 11-38 – but we shall see!