Last year after just a few hours out in the open, the entirety of South Korea was blocked from Pokemon GO. Walking around South Korea in the game would result in no appearance of any Pokemon, Pokestop, or Pokemon GO Gym. Lucky for some users, this meant that any Pokemon Gym already taken would be kept for… the rest of time. Until now, when the gyms are (potentially) reactivated, of course.

Reddit user Ryarli suggested (last year) that he’d held one gym with a Fearow (shown below) in Daejeon, South Chungcheong, South Korea, for several months. He probably still has the gym covered, considering there is no way for any user to access that gym to kick him out. This doesn’t matter to the general public, as nobody can see the gym. For the one user in the gym, however, this means the ability to collect credit (coins, that is) for controlling the gym once a day.

The re-release of Pokemon GO in South Korea would mean Niantic had fixed the bits and pieces the South Korean government was rumored to have opposed. We cannot independently verify the validity of the South Korea portion of this article, as it’s originated at sources like KBS News and copy-pasted to several others. The second bit of this event timing seems to fit perfectly with the oncoming dawn of Lunar New Year. 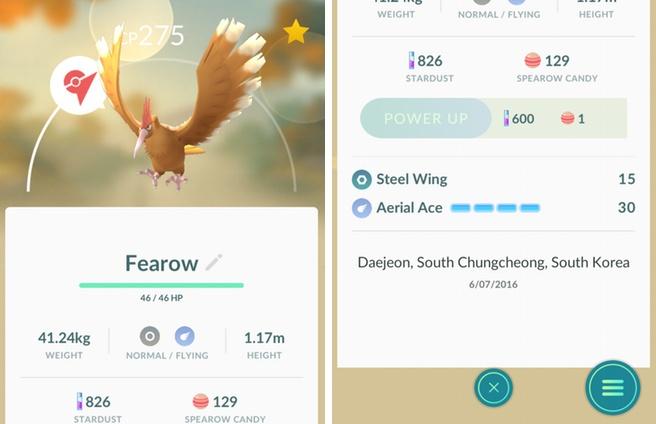 Considering the first several events, timing, and the idea that Niantic uses ideas that’ve worked in the past, this week could be the one. Several months in a row in the year 2016, Niantic timed the announcement for each special event just a few days before it occurred. If this week’s Chinese New Year eve and day (on the 28th of January) are to be celebrated by Niantic, the announcement would fit well with tomorrow’s rumored South Korea announcement.

If we do indeed see an event as such, it’d be the PERFECT time to release another wave of Gen 2 Pokemon. This might end up being the perfect time to make use of all those new Gen 2 Pokemon evolution stones and such found last week in the most recent Pokemon GO update. As the following list shows, a fine set of Pokemon are left to release that rely on Gen 1 Pokemon to evolve. They still may be found on their own, but with special elements, they can come from Pokemon already release.

The list above comes from Bulbapedia VIA ApteryxAustralis. First you’ll see the Pokemon from Gen 2 that come from Pokemon in Gen 1, then the element that allows them to evolve from those Gen 1 Pokemon.

We previously discussed the possibilities of Espeon and Umbreon coming with Friendship and Day or Night evolution. This would be the 4th and 5th evolution of eevee, one of the most versatile Pokemon in the game – and one of the most powerful, too.

If we see a second wave of Pokemon from Gen 2 this week, it’s not difficult to see how and why they’d do it like this. Then there’s room for another mini-event with the stones and etcetera – or they could come with this same event, too. And we’re crossing our fingers for double-XP and Buddy Pokemon distance halved, too – but we’ll see!