Pokemon GO tip: how to get Special Items on auto

This week in Pokemon GO we’ve happened upon a way in which users can attempt to attain Special Items automatically. This method requires that the user have their own Pokemon GO+ (Pokemon GO Plus, if you prefer) accessory, and that they be reasonably comfortable opening this device up. Inside the device, there’s a way to turn the appearance of PokeStops into automatic spins of said PokeStops, thereby making attempts at finding Pokemon GO Special Items far, far simpler.

The difference between playing Pokemon GO on auto and playing Pokemon GO by actually interacting with the game just became blurrier. Or messier. Or something like that – all thanks to the efforts of a few ingenious young engineers.

This sort of action has been going on for a few months now – actually basically since the Pokemon GO+ was first released. In this modern world of ever-so-common teardowns of complicated smart devices, it was easy to predict that the Pokemon GO+ would be torn apart the first day it was out. What Niantic did not (it seems) predict is that someone would move the wires around.

What several users have done is to take the vibration motor out of the device completely. In doing this, they’ve removed their ability to get notified when a PokeStop is nearby and available – or when a Pokemon pops up. But for a person like Marauder Pete of the Silph Road, vibrations weren’t the sort of thing he wanted.

Pete lives near a PokeStop – close enough to spin it from his living room. At home, near a PokeStop, a Pokemon GO+ vibrates every 5 minutes – or more – thanks to the 5 minute refresh rate of a PokeStop. Removing the vibration motor alone doesn’t do what Pete wanted. 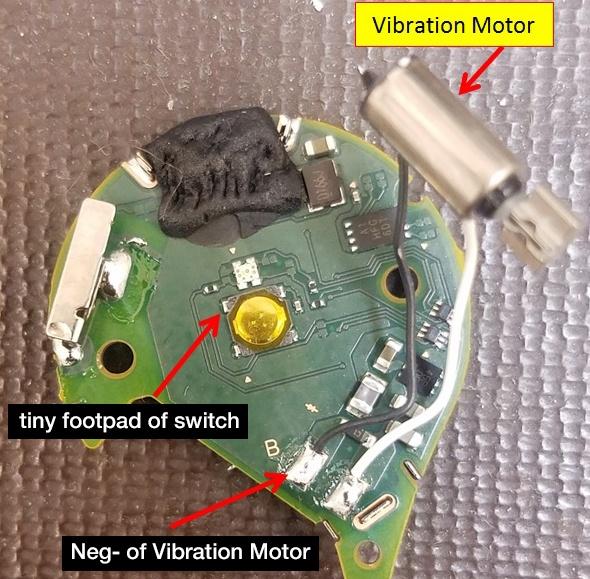 IMAGES above and below from Pete. Thanks Pete. 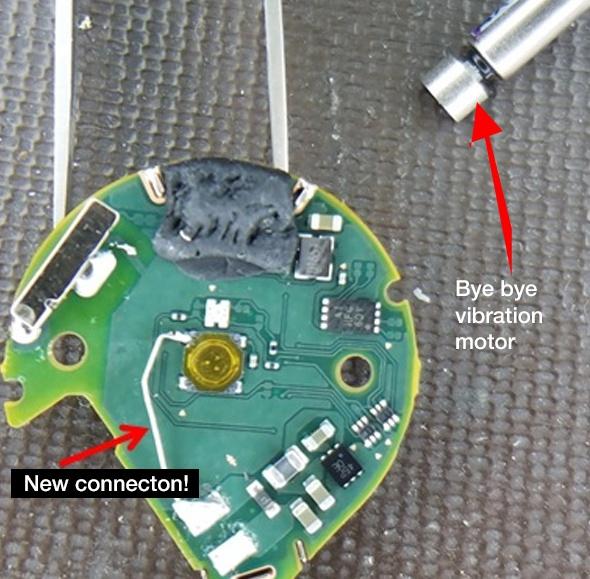 This is important for people that are especially frustrated in attempting to find Special Items in Pokemon GO. Because they’re able to spin PokeStops nearby without either opening their phone to spin the stop or pressing a button on the Pokemon GO+, the process is made simpler.

And not at all what the folks at Niantic meant when they made the game. So it’s pretty much a cheat, and probably against the terms of service of the game. So keep that in mind! Keep your eyes peeled all over @TeamPokemonGO for additional oddities from SlashGear up into the future.