Niantic has revealed their next sponsorship deal with a brand – Project Everyone, making a push for awareness of The Global Goals campaign at the World Economic Forum. Before now, Pokemon GO had only opened Sponsored Pokestops and Pokemon Gyms in the game Pokemon GO with consumer brands. With this sponsorship deal, Pokemon GO becomes an awareness partner for the support of the 17 Global Goals for Sustainable Development. Pokemon GO might really, truly (help to) save the planet!

Back in September of the year 2015, 17 Global Goals for Sustainable Development were agreed upon by 193 world leaders. The intention was to “set out to end all forms of poverty, fight inequalities, and tackle climate change by 2030.” These 17 goals will become elements in Pokemon GO for at least the length of this year’s World Economic Forum in Davos.

All of the Global Goals will turn into Pokestops and the Kongresszentrum will be turned into a Pokemon Gym. Centering on Davos, these spots can be found on the official Google Map for the sponsorship deal. This map works with Google Maps, but Google is not an official partner. Niantic is just making use of Google Maps to visualize the spread.

The theme for the World Economic Forum in the year 2015 was “New Global Context.” In 2016, the theme was “Mastering the Fourth Industrial Revolution”, and in 2017 it is “Responsive and Responsible Leadership.” As far as we can tell, this set of Pokestops are all based on the agreements for change made in 2015, rather than the theme of this year’s set of talks specifically. 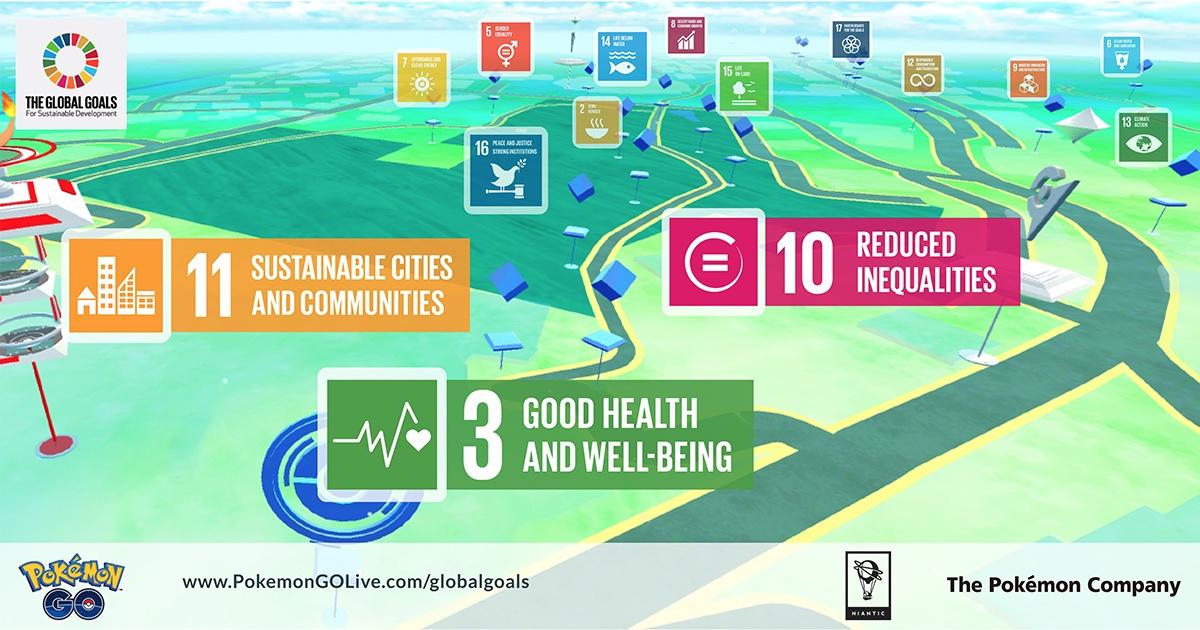 “With Pokémon GO, the world is our playground,” said Tsunekazu Ishihara, president of The Pokémon Company. “And when the world is your playground, you want it to be as beautiful and safe as possible. That’s why we’re delighted to play a part in driving the awareness of the Global Goals.”

Of particular importance to players playing outside of Davos (around the world) is this next bit. According to Niantic, “From Spring 2017, additional in-game content will become available to continue to promote the importance of The Global Goals campaign.” We’ve contacted Niantic to find out exactly what this could entail – until then, time to hit the ol’ APK teardown documents again to see if we missed anything!

UPDATE: Niantic has confirmed with SlashGear that there will be more in-game content for this campaign appearing outside of Davos! What that content will be – well – we’ll just have to wait and see about that.