There’s a new set of updates in the mix today for Pokemon GO, and we’ve got a full rundown here for you – including a chart for the new Appraisal System! The Appraisal System Update for July 2019 changes the way we use the game to gain deeper insight into each Pokemon. Since the beginning of Pokemon GO, there’ve been 3rd-party apps that’ve gone the extra mile in identifying IV numbers in Pokemon, thereby showing their literal range and spot in that range. Finally, three years later, Niantic just baked that functionality into the game.

Niantic’s newly-updated Appraisal System Update requires the same of the end player as the original. All you need to do is open up a single Pokemon and tap the three-line button in the lower right-hand corner. This button shows several options, one of which is Appraise! Tap Appraise and your Team Leader will tell you what’s up.

The new Appraisal System includes a set of three bars. There’s Attack, Defense, and HP (all of which also appear on your Pokemon in general). Each of the three categories includes a bar with three sections. 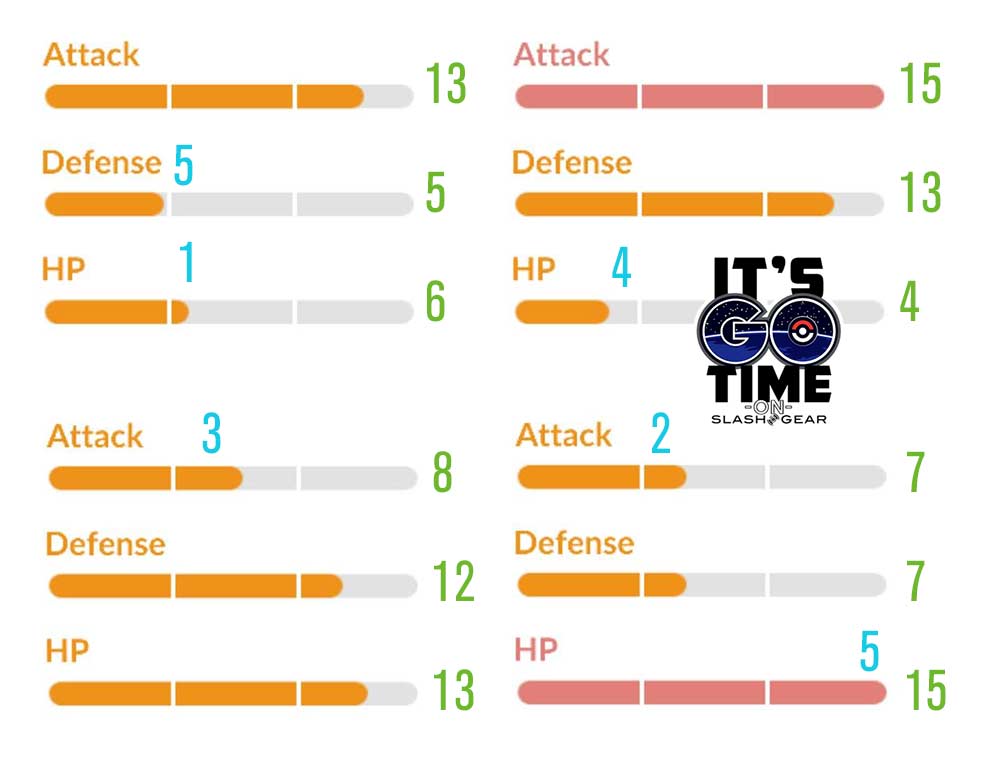 The three sections are further divided into five levels, giving you a total of 15 levels for any one of the three categories of skill in which your Pokemon can be ranked. Look to the following example and see how well my Wheezing fares: 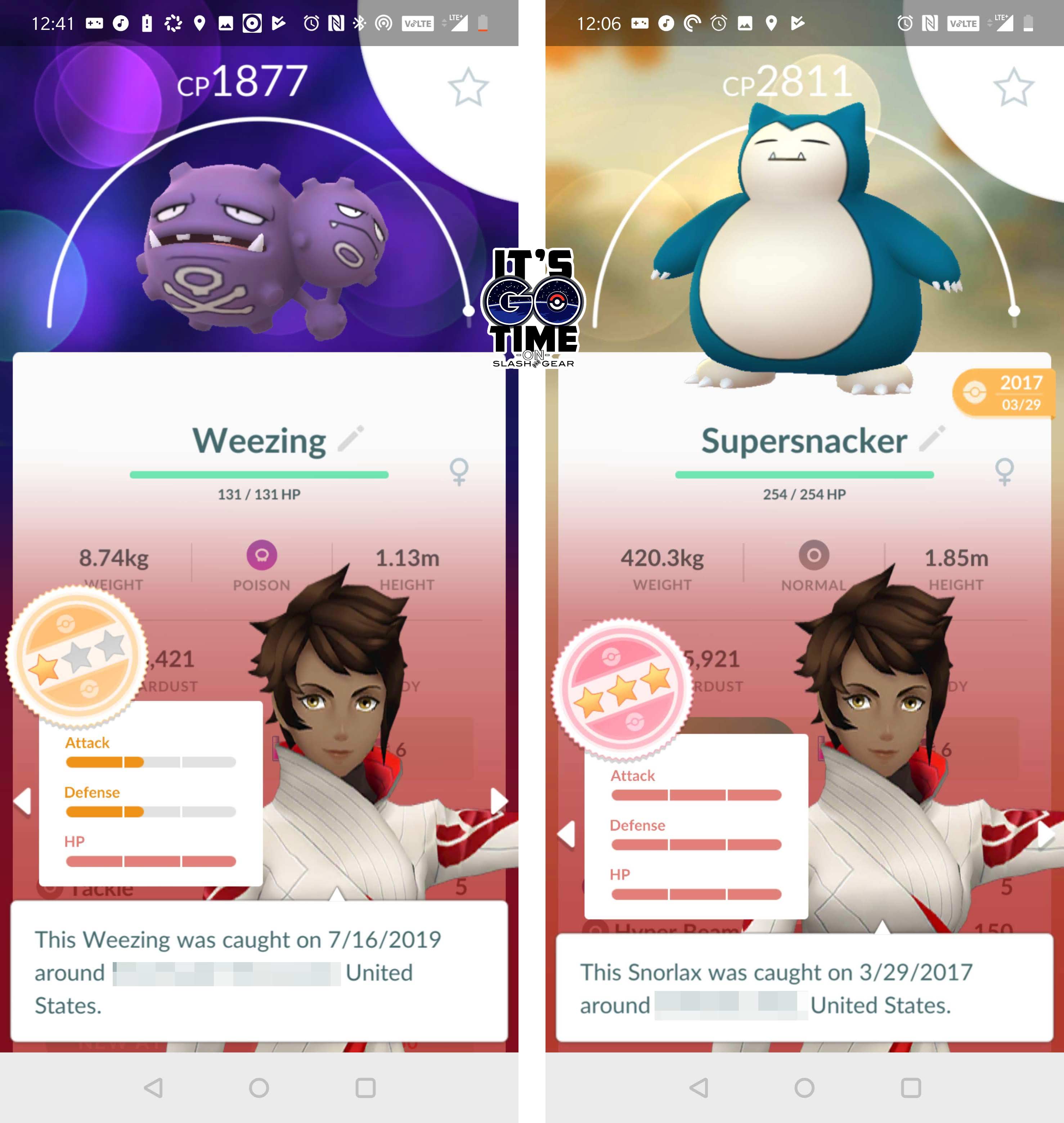 My Wheezing is a pathetic example of a fighting Pokemon, but he excels at having one massive amount of hit points. He’s got mass going for him, to be sure. Both his Attack and his Defense are at 7, and his HP is at 15.

My Snorlax (named Supersnacker) is just about as perfect as a Snorlax can get. She has full attack, full defense, full HP, and a three-star rating. The star ratings each have a hidden range, starting with 100%.

If you have a Pokemon with a pink badge with three stars, that Pokemon is as perfect as the game can generate. Apparently there’s more than one different sort of 100% perfect – but it has to do with potential CP numbers, not just skill points. 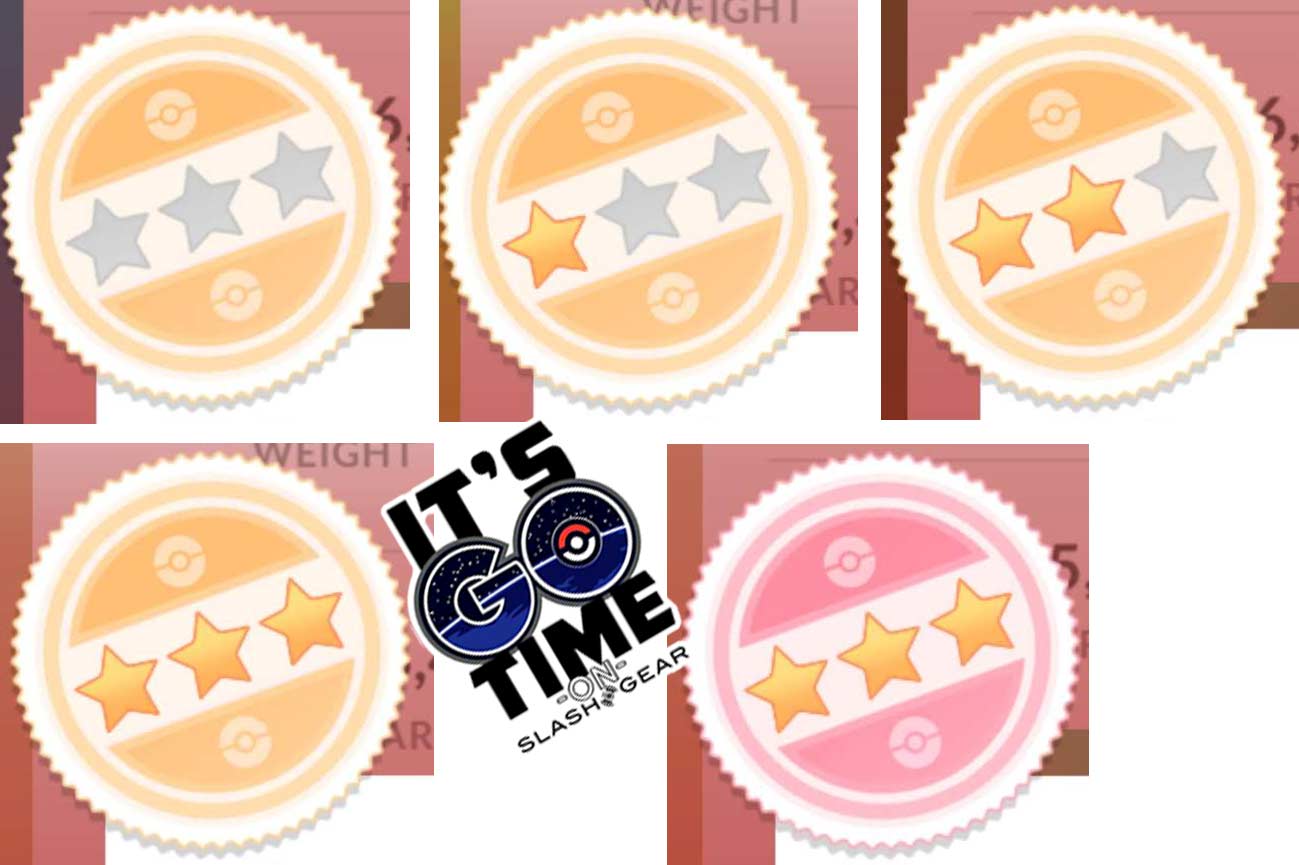 CP is the number at the top of your Pokemon’s listing – that’s where you see the simultaneously most and least important part of your Pokemon’s worth. The CP runs hand-in-hand with the star rating. If you have a 100% (three star) Pokemon, your CP can be raised to be the most-possible highest CP for that particular Pokemon.

That doesn’t necessarily mean you’ll have the highest weight, or height, or even the best moves. It simply means your Pokemon can grow to be as “perfect” as the game is willing to inform you it can be.

Another new feature in this new Appraisal system is the ability to cycle through Pokemon with appraisal ON. Before you’d have to sit through a multi-screen appraisal with cryptic remarks that didn’t necessarily mean any sort of exact detail, and you’d have to open the screen a new time for each new Pokemon. Now you can swipe back and forth.

With the swiping, for SOME users, there comes a tiny glitch. If you swipe back and forth too quickly, you may end up with a Pokemon that appears to be from multiple different locations, or the same location several times in a row. This glitch does not wreck anything in the game, it just appears temporarily.