It’s been a pretty busy month for Niantic Labs and it’s really no mystery. The holiday and travel season is upon us, which makes it a lucrative opportunity to get Pokemon Go up to snuff ASAP. Quickly following its rebalancing update that nudged CPs a bit, Niantic has announced that the “Nearby” feature it has been testing can now be tested in more locations around the world. But perhaps more exciting is the still not officially announced addition of Ditto to the first gen Pokemon Go roster.

Niantic introduced the Nearby tracker feature last August to replace its largely broken “footprint” system. So far, it has only been in a testing phase limited to the San Francisco area. But as people in the US start packing for travels, it perhaps made sense to expand the coverage to other places, even those outside the US. The new list of areas now include:

• United States of America: All states west of the Mississippi River (except Hawaii and Alaska)
• Canada: British Columbia, Alberta, Saskatchewan, Manitoba, and the western half of Ontario.
• Australia: All states and territories

Niantic also makes mention of some tweaks to how the system works. Starting today, Nearby only shows up if there’s a PokeStop nearby, which means you’ll still have to rely on luck when far from any such point. There’s also some changes to the Sighting feature, though Niantic is less forthcoming about what those are exactly.

More than that official change, however, what Pokemon Go fans are more excited about are reports of Ditto being seen in the wild. Sort of. What apparently happens is that some Pidgeys, Rattatas, and Magikarps seen on the map are actually Dittos in disguise, revealing their true nature once caught. It’s not yet officially confirmed, of course, but that hasn’t stopped a sudden surge in Pidgey/Rattata/Magikarp/Zubat captures. 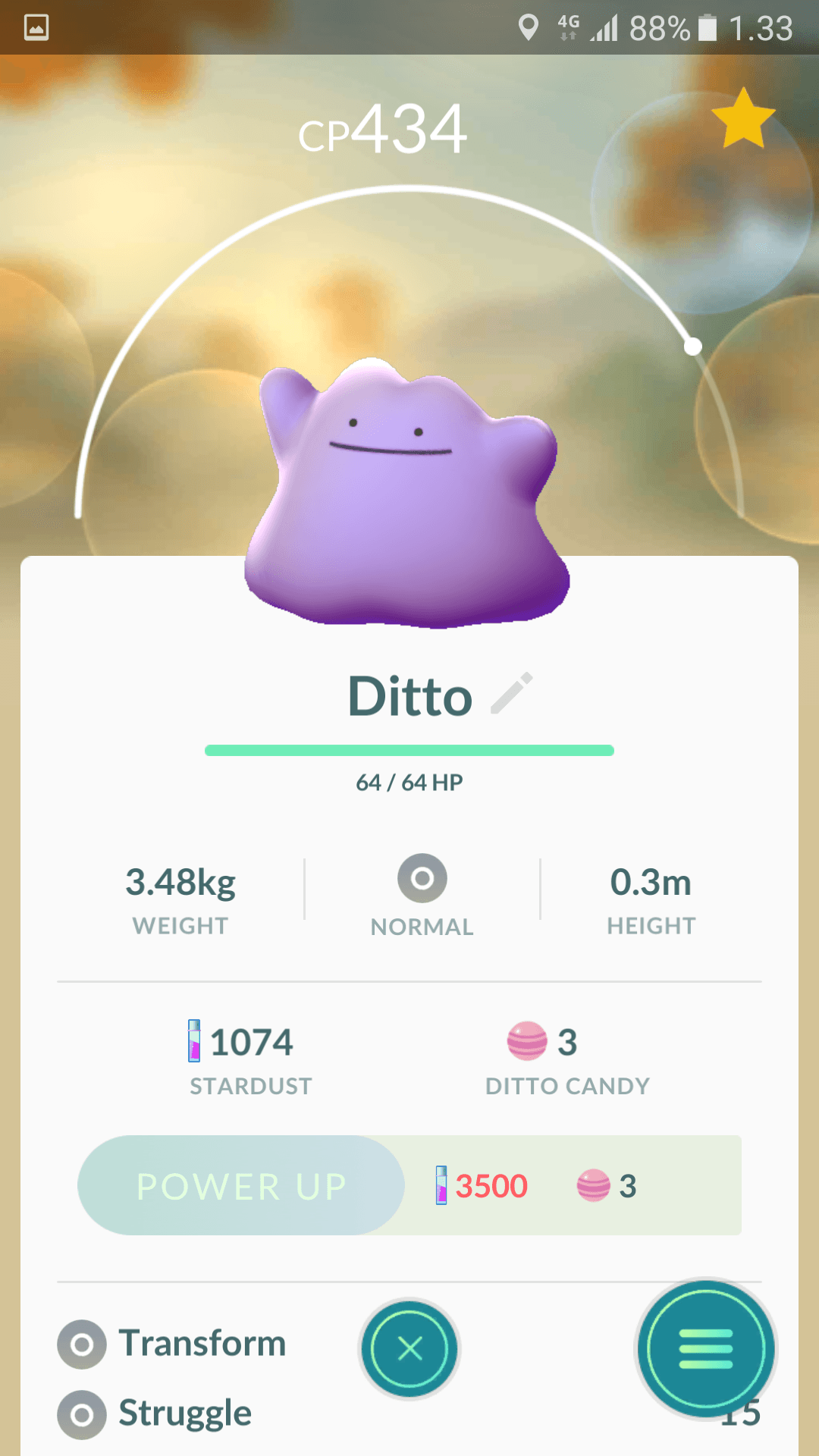 Ditto is the last of first 151 Pokemon that isn’t a legendary Pokemon to be included in the game. Although there still isn’t a repeatable pattern on how to identify one without wasting Pokeballs, it seems that Ditto only takes on the appearance of low-level Pokemon, though it retains the CP you see in the imitated form. Which is probably for the best, because, as the Reddit thread jokes, it would be a disaster if the (rare) Dragonite or Lapras you caught turned out to be a Ditto.