Niantic has done it again, shutting down another widely used Pokemon GO tool and leaving players scrambling for alternatives. This time, the tool that managed to find its way into Niantic’s crosshairs was PokeAdvisor, which players used to track a multitude of things, from the number of Pokeballs they’ve thrown and their overall catch rate to the total number of Pokemon encounters and even an IV calculator to help trainers gauge the overall power of their Pokemon.

If that last feature left you a little confused, you’re not alone. IVs – short for Individual Values – are a mechanic found in the core Pokemon games that has apparently made its way into Pokemon GO. IVs are unchanging bonus statistics that each Pokemon has from the start, meaning that two Pokemon with the the exact same CP and HP could potentially be slightly different in terms of overall capability thanks to these bonus stats.

The kicker is that IVs are hidden, and there’s usually no direct way to find out what they are. However, players of the core series have long used IV calculators that take a number of different variables to determine the IVs of an individual Pokemon. Just like the main series of Pokemon games, IV calculators have found their way into Pokemon GO, with PokeAdvisor being one of the more popular. Now that it’s gone, where should players who want to be the absolute best turn? Here are a few suggestions.

Poke Assistant is possibly your best bet when it comes to replacing PokeAdvisor. In addition to offering up an IV calculator, the website also allows players to determine how much CP a Pokemon will have after it evolves, find out which Pokemon is best for facing down a particular gym, and make Lucky Egg use more efficient. 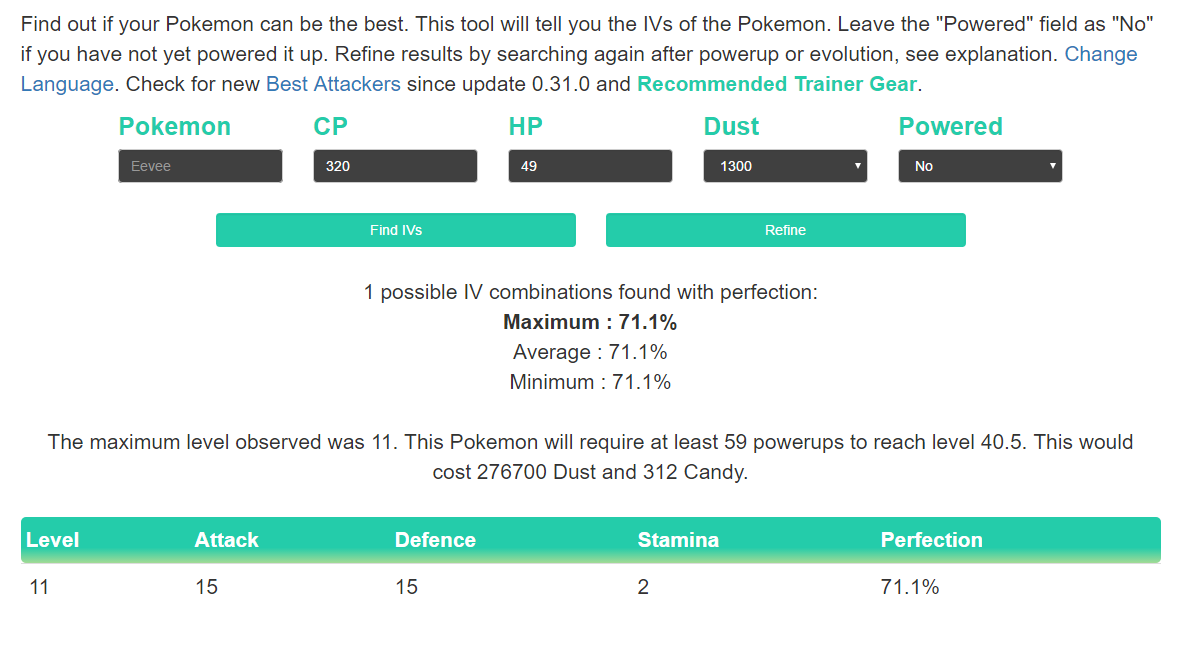 Poke Assistant is a little on the clunky side, as it requires players to manually plug in different values to determine IVs and post-evolution CP, but the trade-off is that it doesn’t require you to log in with your Pokemon GO account. Since Poke Assistant isn’t accessing Niantic’s servers for information, there’s less of a risk of it eventually being forced to shut down.

Blossom’s Pokemon GO Manager is a program that has caught considerable attention on Reddit, as it lets players perform batch actions in-game, such as batch evolutions and transfers. It also populates IV percentages for the Pokemon in your collection, allowing you to see your best candidates for power ups and evolution at a glance. 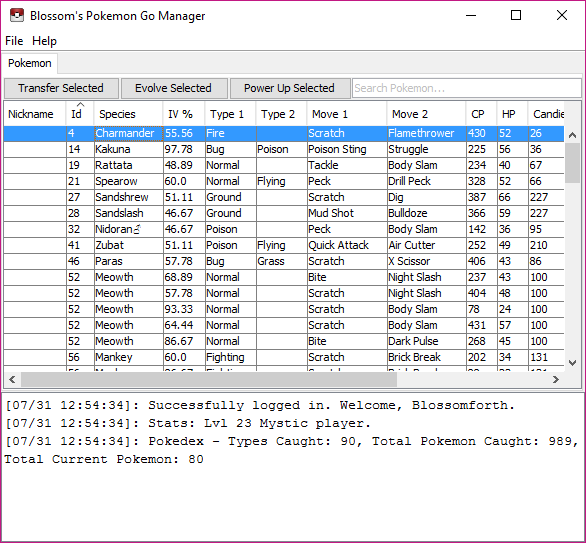 Using this app will require you to log in with your Google account or Pokemon Trainer Club account, which increases the potential for this app to get struck down by Niantic. Just as well, it also opens your account to the possibility of getting banned from the game, so use at your own risk – we can’t imagine Niantic would be too thrilled with the idea of players performing batch transfers or evolutions, after all.

Silph Road has become one of the most popular Pokemon GO sites on the internet, and one glance at its research tools makes the reason for its popularity clear. Like Poke Assistant, Silph Road’s IV calculator doesn’t require you to log in with your Pokemon GO account, instead asking you to manually enter in information about your Pokemon. Unlike Poke Assistant, however, it offers up these tools with a polished looking interface. There are even simple and advanced IV calculators players can use, allowing those who don’t want to be bogged down with information to still get a feel for their Pokemon’s hidden strengths. 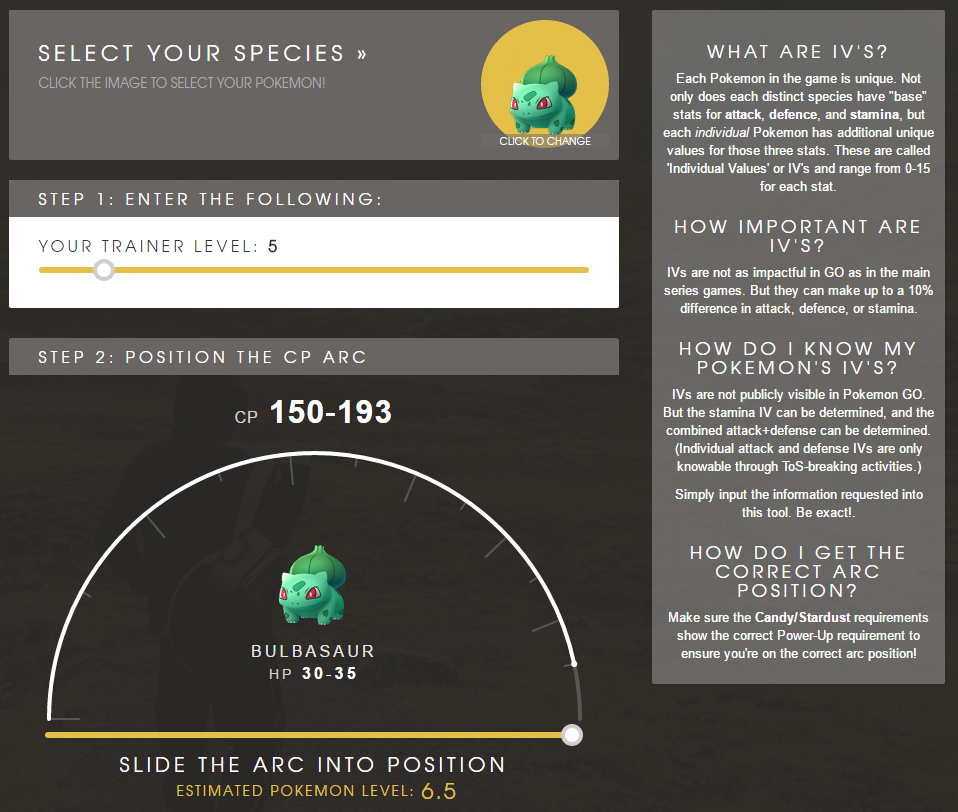 Silph Road also provides a Pokedex that players can browse to see the base Attack, Defense, and Stamina values for each of the 151 Pokemon, a list of all the moves in the game (complete with damage per second stats), along with lists of level up bonuses and experience values for different actions in the Pokemon GO.

So, while PokeAdvisor may be gone for now, there are still plenty of sites you can use to gauge the hidden potential of your precious Pokemon. While apps and programs that have you log into your Pokemon GO account will likely be more accurate in determining things like IV ranges, just keep in mind that those will all have some level of risk involved. Consider your decision to use those carefully, as getting your Pokemon GO account banned probably isn’t worth gaining the small competitive edge that good IVs bring.

Have you found any Pokemon GO IV calculators your enjoy using? Let us know about them in the comments section below.