Pokemon GO’s Christmas is over and New Year’s Eve is fast approaching – and we’ve got some guidance for you to traverse the game for the next week. This begins with the Gift Boxes and how to avoid them altogether. Niantic is getting better and better at pushing users toward paying real cash money to play Pokemon GO, and these Holiday Box items are their best effort yet.

Three Boxes: What to buy, what to avoid

In the Pokemon GO Store are three gift boxes, each with their own unique contents. No box has secret items with this first batch. This first batch includes Great Ball, Ultra Ball, Egg Incubator, and Incense. The chart you see below shows what’s in each of the three boxes in this first week. 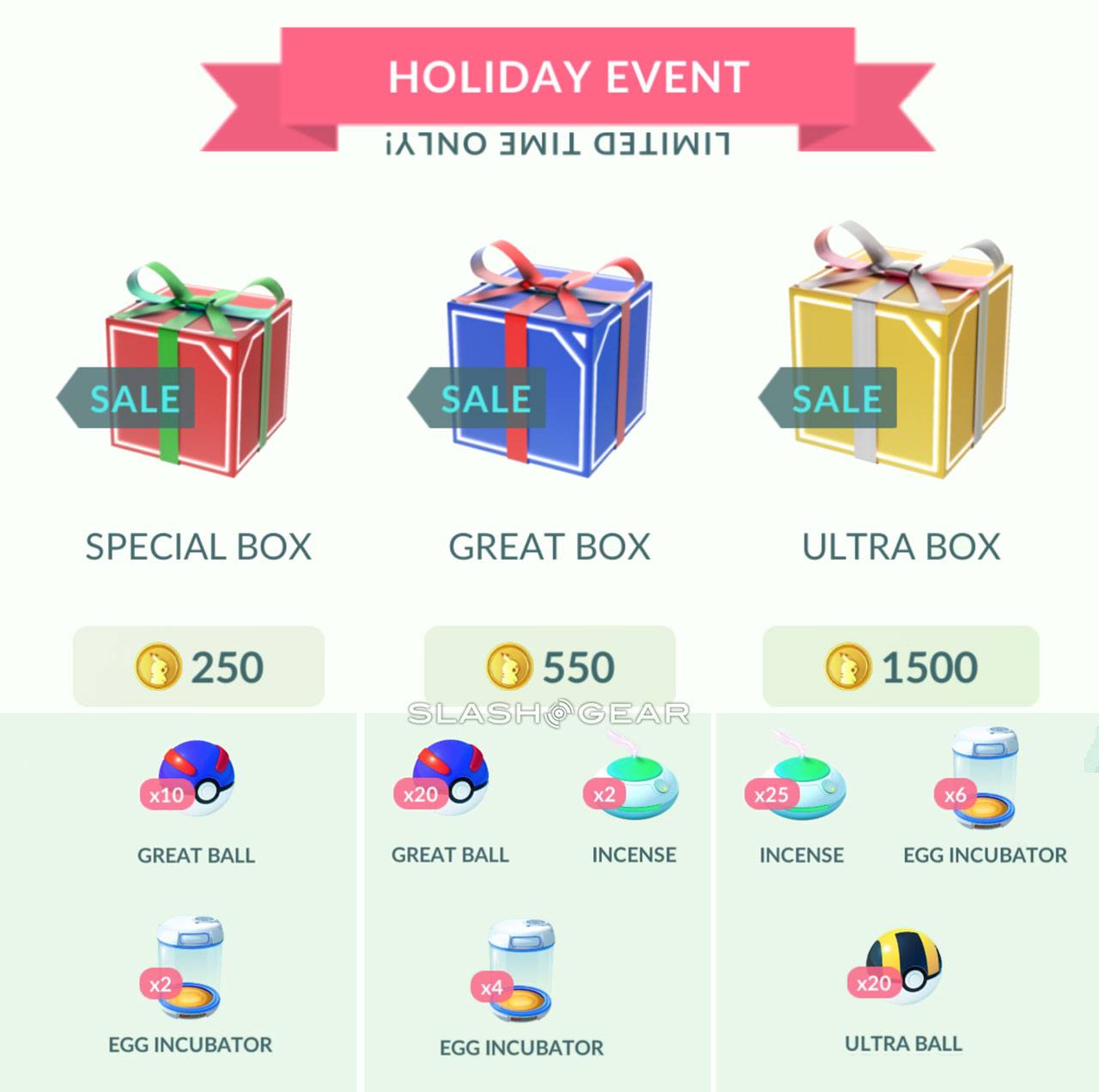 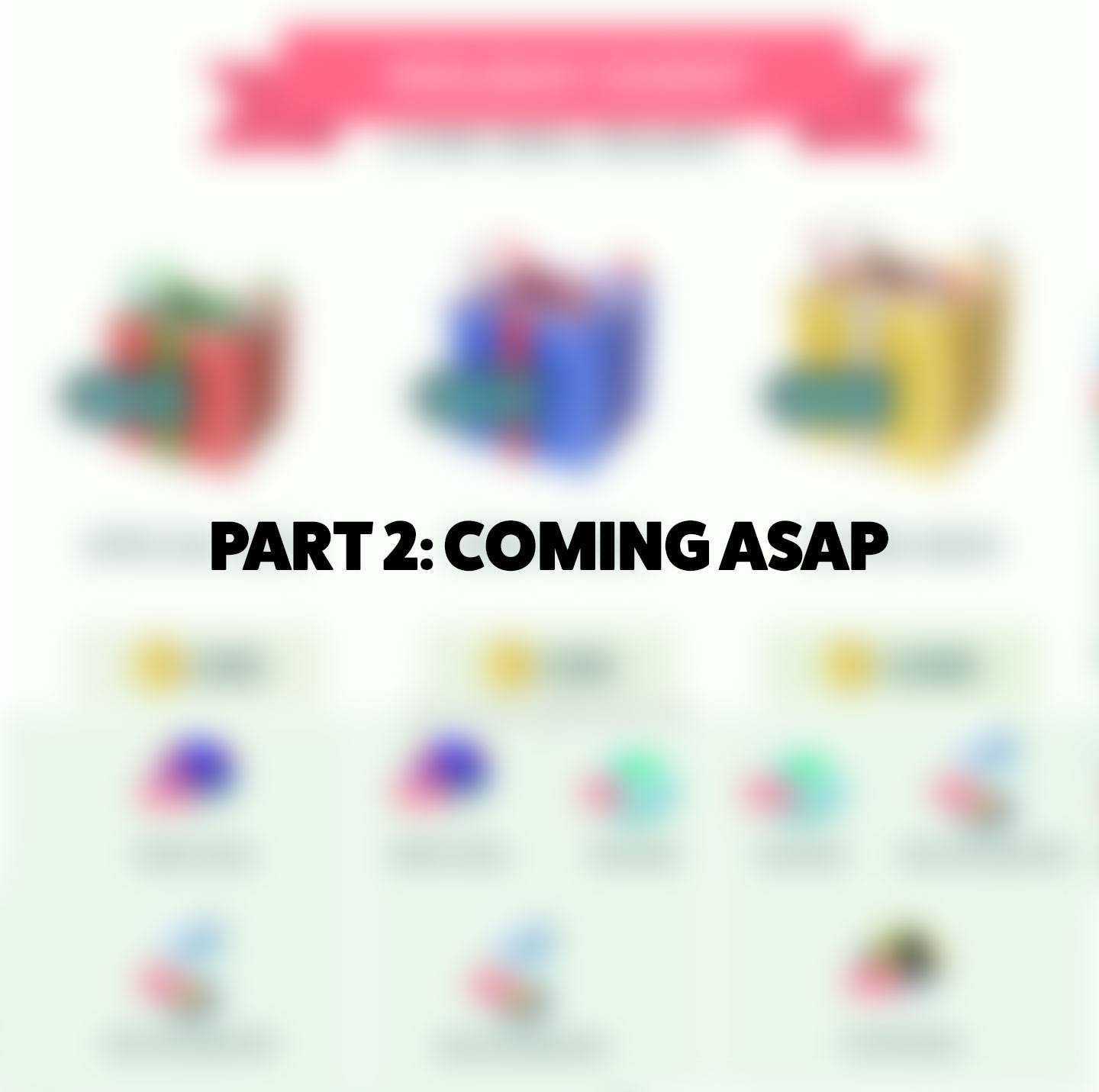 Stick around as we get to know what’s in this second batch as soon as possible. It’s been hypothesized that this batch will concentrate on the items not included in the first batch – like Lucky Eggs and Lures.

Every day from Christmas until the 3rd of January, user’s first PokeStop spin of the day will include a bonus 1-use Incubator. This is different from standard Incubators, which are able to be used three times before disappearing. These 1-use Incubators act the same as a standard Incubator in every other way – and yes, they can be kept as long as the user likes, well beyond the event itself.

All of the first set of Gen 2 “Baby” Pokemon are more likely to appear in eggs from Christmas until the 3rd of January. This includes Cleffa, Igglybuff, Pichu, Togepi, Smoochum, Elekid, and Magby. Users that already have the set of these baby monsters may want to stay away from PokeStops until this event has ended since Egg contents are determined when the Egg first drops.

On the other hand, avoiding PokeStops now would also result in missing out on one free 1x use Egg Incubator each day. So it’s a tossup, really. If only we could choose to toss eggs instead of having to incubate them by necessity.

This happening is one of three New Year celebration event items. The other two are the Holiday Item Boxes (set 2) and the increased likelihood of Starter spawns. Lures will be able to be placed on PokeStops as normal, but they’ll last 60-minutes instead of just 30-minutes. At these Lures, the likelihood of Starter Pokemon will be increased.

Starter Pokemon include Charmander, Squirtle, and Bulbasaur will be more common than normal. Unfortunately these Pokemon will still keep the same catch rates. That means they’ll appear more often than normal, but they’ll still be just as unlikely to stay in a Pokeball.

Each of the Starter Pokemon have a base catch rate of 16% (16% of the time they’ll stay caught). Their 2nd stages have 8% catch rate, and their final evolutionary iterations have 4% base catch rate. This means that Ivysaur, Charmeleon, and Wartortle are very difficult to catch and Venusaur, Charizard, and Blastoise are nearly impossible.

Sanchu or “Santachu” is the common shortened name for Holiday Pikachu, AKA Pikachu with a Santa hat on. This special edition Pokemon has been made more common through the end of this event – so he’ll be seen a lot more commonly. Of note is the fact that a Santachu evolved retains the Santa hat when turning into Raichu. Or Saichu.

This event series is the most complex of the bunch revealed by Niantic thus far. It would appear that they’re making certain their fanbase is interested in the game enough to traverse this bonus-packed landscape, and their timing thus far appears to be right on the money. Stick around SlashGear’s Pokemon GO Twitter portal to see more early announcements, leaks, and user guides such as this one.