Some might contest branding Pokemon GO as an augmented reality game. Yes, it does use your real-world location and, at least, can at least use streets and building structures in maps. But the Pokemon themselves look more like stickers superimposed on the real world when you enable AR mode. Pokemon GO’s AR+ mode took care of that last year and it’s now finally available for Android smartphones. Provided yours is one of the few dozen that supports the ARCore framework.

When you try to catch Pokemon with AR enabled, the critters look more like floating images than anything AR. Yes, they stay rooted to the spot when you spin around but that spot may be on a window or in the air, depending on where you were pointing your phone’s camera when you enabled the view.

AR+ mode makes things a bit more realistic. Pokemon will be anchored to the ground in front of you, just like any real-world physical object. But more importantly, they will also be aware of you, how close you are, and how fast you’re moving. Which means you need to approach it with caution if you want to get an Excellent Throw bonus or even take a nice pic of the Pokemon. 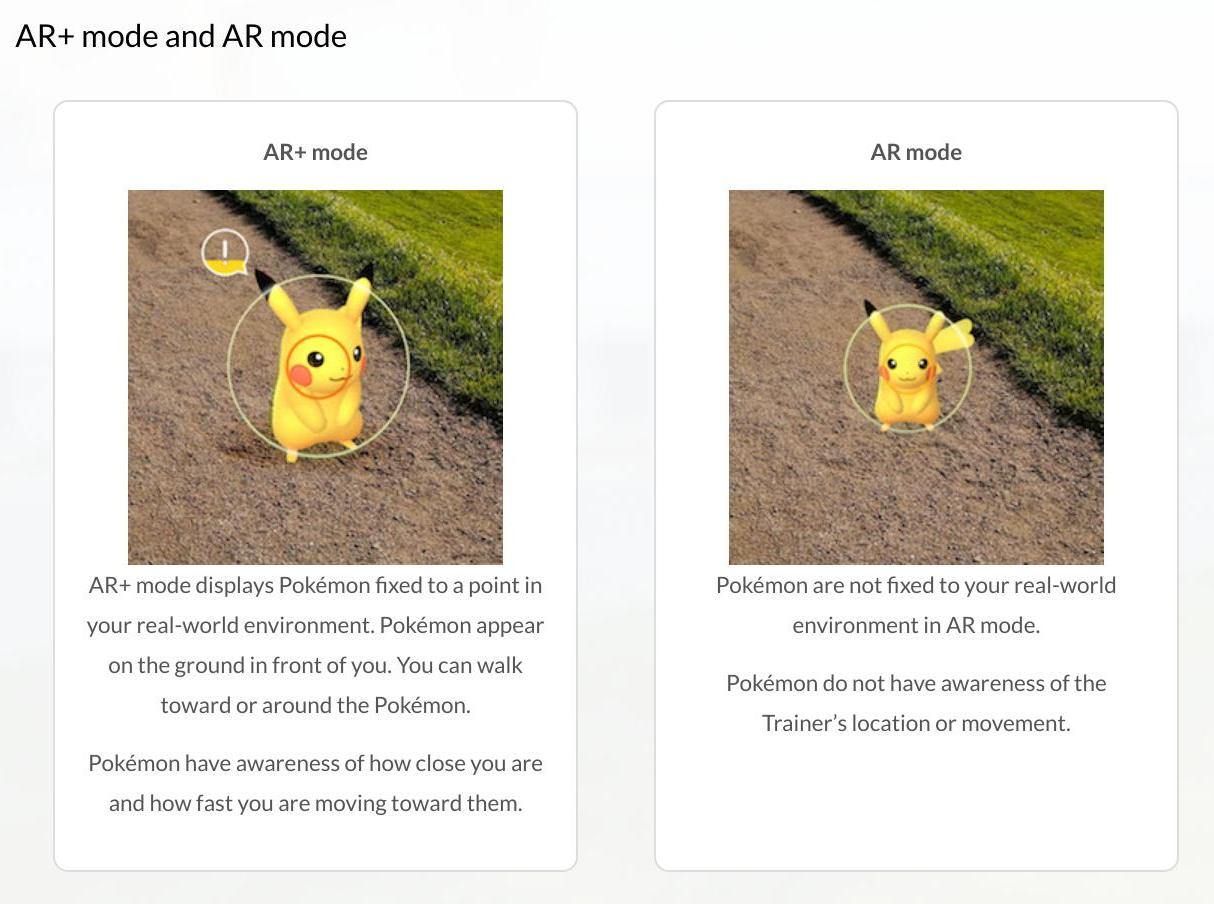 To do that, Pokemon GO needs a proper AR framework, which is why AR+ mode was made available first on iPhones running iOS 11 or later because of ARKit. Android has ARCore, of course, but until recently, that hasn’t been as widespread. Now there are over 50 smartphones (and one Chromebook even) that support ARCore and, therefore, Pokemon GO AR+.

While a small change, AR+ mode does add a better send of realism to the game. Which could also mean potentially more dangerous as well since players are more likely to walk towards Pokemon with less care for their footing. Which is why Niantic Labs can’t warn players enough: look before you catch.