As promised, Sony has just sent out invites to a select few to test its new game streaming service. If all goes well, PlayStation Now will soon be rolling out to gamers in the US by the middle of this year.

The invitations have started to roll out to the selected individuals who have signed up to be informed for the latest PlayStation Now updates. There are certain hardware requirements in order to get access to the closed beta, such as owning a PlayStation 3 and access to at least a 5 Mbps Internet connection. 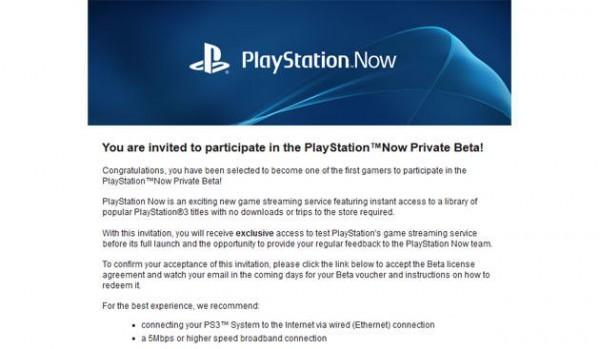 As mentioned in their announcement, the initial rollout of PlayStation Now will be limited to the US, due to technical difficulties in PAL regions like Europe. Interestingly, it seems that the private beta is even more limited, as invitations have been reported to only arrive in the inboxes of those in LA and DC areas.