There will always be games that achieve a level of prestige that makes them almost immortal. Sadly, the rules of the market, not to mention the lifespan of physical installation media, prevent these titles from truly lasting forever. Fortunately, Sony has an exclusive club made up of its top-selling games for each console generation. Today, it has grown its PlayStation Hits to include seven more games in the US covering a variety of genres and themes.

Started in 1997 at the birth of the PlayStation, Sony’s “Greatest Hits” paid homage to titles that achieved wild success. Success here was defined by sales, starting at 150,000 copies until it rose 500,000. Last year, it rebranded the Greatest Hits into the PlayStation Hits for the PlayStation 4, inducting 40 games into that hall of fame.

That lineup is increasing ever so slightly with seven titles being added to the list. You have the likes of the latest installment of God of War for some rather brutal action while Watch Dogs challenges your stealth and hacking skills. And if you want a slightly more whimsical tone, Rayman Legends’ platformer will both delight and give your patience a workout at the same time. Here’s the full list of newcomers.

The PlayStation Hits already includes older hit titles like the remastered versions of God of War 3 and The Last of Us. It also has slightly newer games like the Tales of Berseria and Horizon Zero Dawn. And to cover almost every genre in the market, you can even have some good clean fun with Plants vs Zombies: Garden Warfare 2 and LittleBigPlanet. 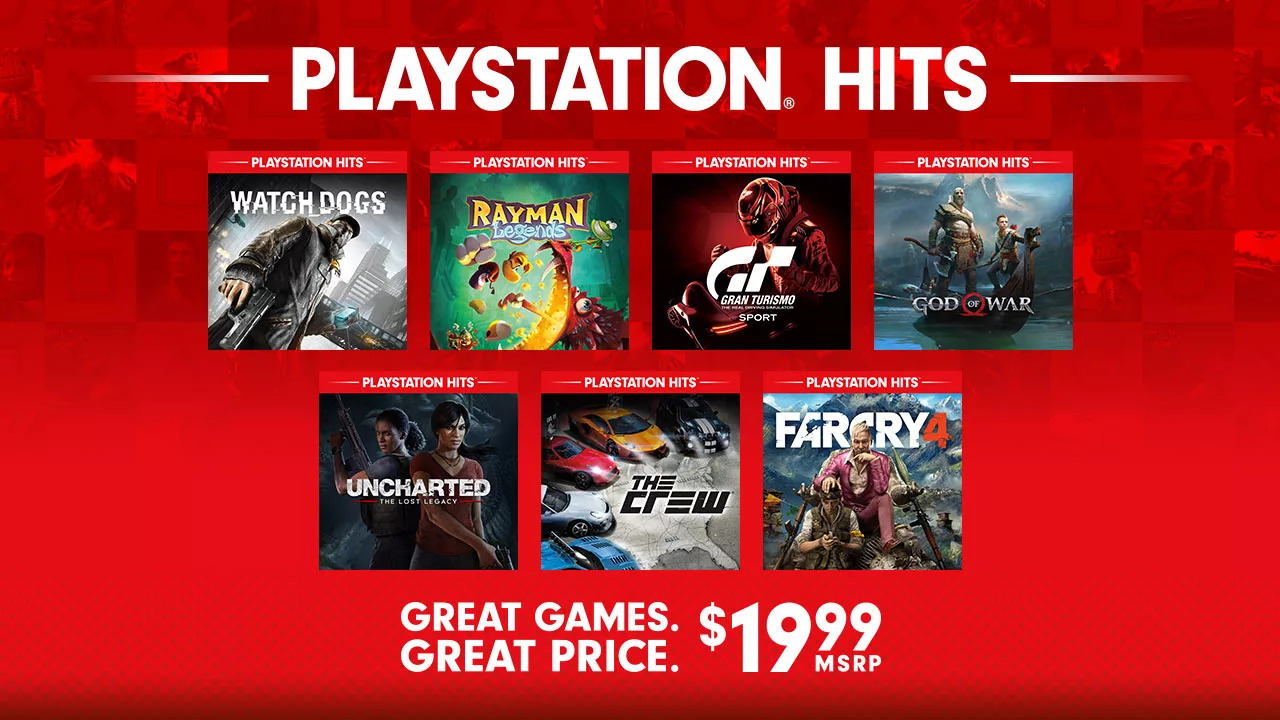 Like all PlayStation Hits, the new seven titles cost $19.99 each from the PlayStation Store and select retailers. Gamers should be aware that the list and prices vary from country to country, with Europe only adding three titles to the roster.