In contrast to the fast turnover in the smartphone market and sometimes even in the PC market, gaming consoles are often sold for keeps, changing significantly only after 3 maybe even 6 years. And unless the changes are significant, new SKUs are rolled out without any fuss or fanfare, much less an announcement. That is definitely the case with the new PS4 Pro, model number CUH-7200, whose existence was almost unnoticed. And it’s almost the perfect entrance for a revision that could very well be the quietest PS4 Pro yet.

The PlayStation 4 Pro might not grab your attention with its looks but it definitely makes it presence felt with its noise. There has already been one revision to the launch model (CUH-7000 and CUH-7100) and both have been described to have “jet engine” fan noise. The PS4 Pro may be powerful but it has no business being that loud about it.

With the CUH-7200 revision, the PS4 Pro was measured to have reduced the noise output from a minimum of 50 decibels for the launch model (47 dB for CUH-7100) to just 44 decibels. Even at its loudest, the newer model only goes as loud as 48 dB, which is softer than the softest noise the older models make. That said, Sony may have achieved that by sacrificing thermal reduction, meaning the PS4 Pro CUH-7200 could run warmer than older models.

You won’t be able to tell the CUH-7200 apart from the others just by looking at it. Not unless you actually look at the label or, better yet, check its back. The most visible clue that this is a different PS4 Pro is that it now uses a same “figure 8” power plug as the PS4 Slim and Microsoft’s Xbox Ones. 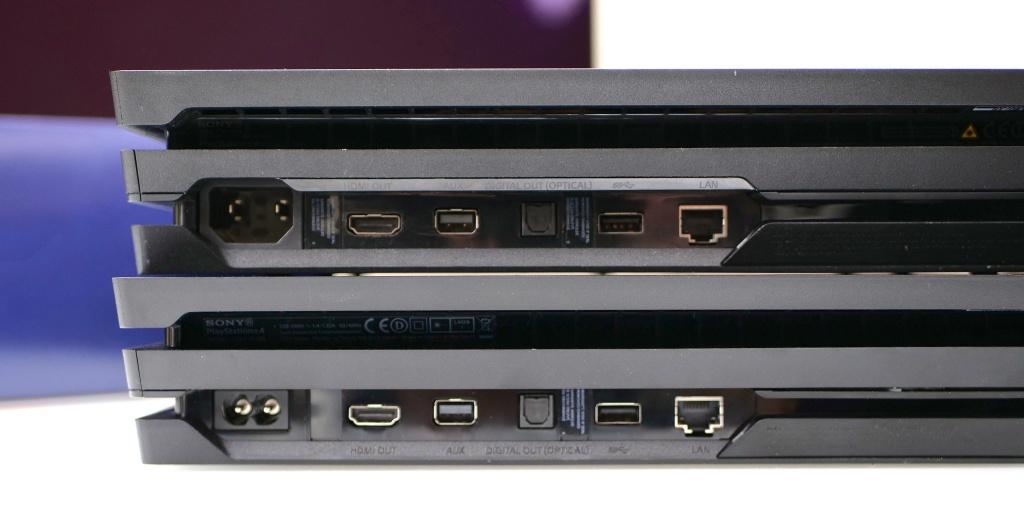 In other words, you’ll have to be really picky and careful when buying a new PS4 Pro to make sure it’s the quietest model. So far, it has only been spotted in the wild bundled with Red Dead Redemption. The PS4 Pro CUH-7200 could very well make it to regular store shelves once retailers run out of stock of the older, more boisterous models.