Sony hasn’t unveiled what the console looks like just yet, but they at least showed off the logo, as seen above. The company is looking to move forward with the way the gamers play games, and they’re looking forward to changing the way gamers interact with the gaming console and accessing games. Sony says that the PS4 will have 8GB of GDDR5 RAM and an 8-core x86 processor. 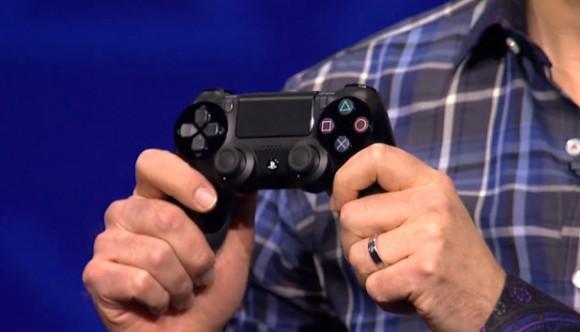 While Sony hasn’t shown off the look of the new console, they unveiled the DualShock 4 controller, which is right on with the few rumors that we’ve heard about just recently. It has the small touchpad that we’ve seen, and the overall shape is very reminiscent of past DualShock controllers.

The company is wanting to make it easy for gamers to access everything that Sony offers, including content available on the PlayStation network. Sony is on stage talking about how they’re changing the way they deliver content to gamers in the living room. It seems they’re going to take their sweet time, though, saying that “over the next few hours” they’ll be talking about the new console.