Eldar Murtazin was on hand at the launch and shot the live image above, reporting back positively about the new school slate. Plastic Logic’s flexible display tech certainly lends itself to classrooms: it’s shatterproof, anti-glare and anti-fingerprint, while the casing is finished in soft-touch plastic. Inside is an 800MHz processor running Windows CE, along with 4GB of storage, though the UI is a custom, swipe-controlled GUI. Connectivity doesn’t include wireless, but does get microUSB.

Underlining and annotation – using an on-screen keyboard – is supported, together with bookmarks and search, and Plastic Logic will be preloading it with 40 textbooks suited to Russian school grades 6 and 7. The Plastic Logic 100 will begin arriving in classrooms later this month, priced at 12,000 Russian Rubles ($396). 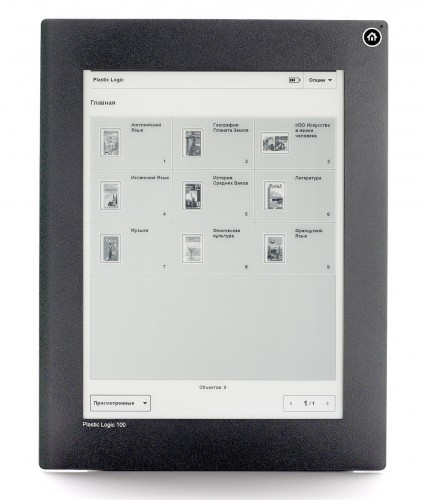