Plastic-eating caterpillar could chew its way through landfill

Plastic-eating caterpillars could one day chew their way through landfill, though new research warns that it won’t be an easy fix to the problem of single-use waste. Bugs that are able to break down polyethylene, widely used for packaging and more, were first identified several years ago, but it’s only now that we’ve begun to figure out exactly how that happens – and how we might affect actual implementations of the caterpillars.

Polyethylene is a commonly-used synthetic polymer, and also one of the leading contributors to non-biodegradable waste. While it can be recycled, large quantities still go to landfill. As it breaks down, it releases methane and ethylene, both greenhouse gases that contribute to climate change.

Back in 2014, researchers discovered that certain types of mealmoth larvae actually had a taste for plastic, however. In 2017, that was narrowed down to the caterpillar of Galleria mellonella. However it was unclear what, exactly, the biological process behind that might entail.

Now, a new study published today in Proceedings of the Royal Society B focuses on just what’s going on inside those bugs. Researchers at Brandon University performed experiences on the caterpillar to figure out what might be happening in its intestinal biome. The digestive systems actually flourished in terms of microbial abundance compared to when the caterpillars were fed on their natural honeycomb diet.

Hungry caterpillars are as important as the microbiome

One possibility that some researchers had hoped for would be that there was a chemical of some sort within the caterpillars’ digestive system that could be isolated and used to break down plastics. Now, it looks like that’s not the case. Instead, it appears that a combination of the munching bugs and the gut bacteria work together. 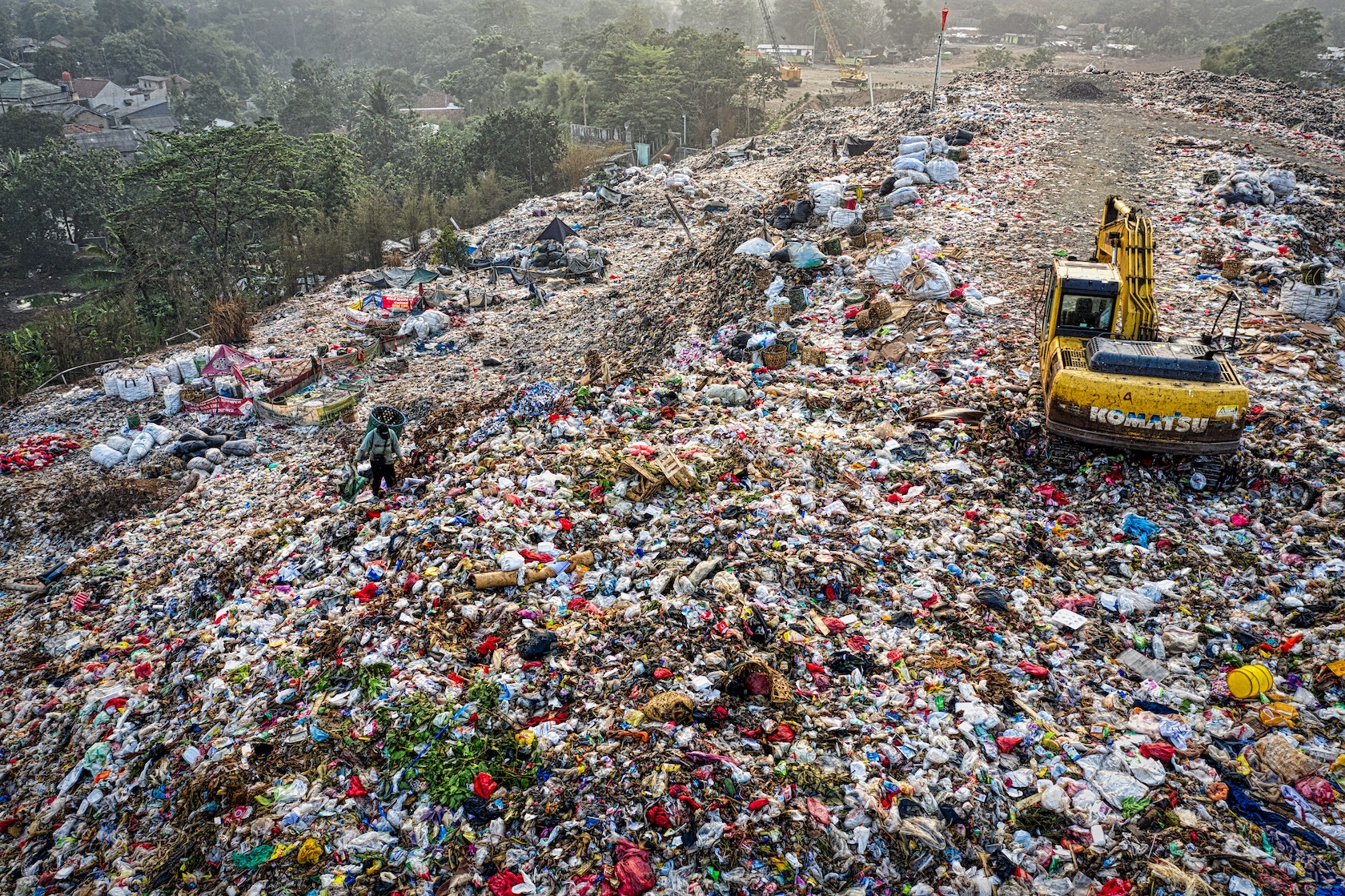 In short, the researchers can’t be sure that it’s not the synergies between bug and bacteria that make the process most effective. They suggest “future work is clearly needed to explore plastic breakdown as an in vivo process – specifically how the caterpillar’s physiology, fitness and genetic underpinnings are directly affected by polyethylene breakdown.”

While the plastic may go in one end of the caterpillar, something else comes out the other side. Among the waste product is glycol, echoing previous studies which suggested ethylene glycol would be a byproduct of polyethylene breakdown.

That’s a known toxin, banned from use in food products because it’s capable of poisoning humans. Breathing in ethylene glycol can cause eye and respiratory tract infection, the CDC warns. Just 1,400 to 1,600 mg/kg could be lethal to humans, it’s believed.

Dealing with the caterpillar’s waste would then be another consideration: simply releasing them in large numbers into a landfill could end up causing another problem as it deals with the plastics. In short, while bugs could help with our plastic addiction, for the moment recycling as much as possible still remains the best use for waste.