Beautification modes, especially those supposedly powered by advanced AI and machine learning, have become one of the selling points of many smartphones and custom Android experiences. It has always been a big feature in China and many Asian countries but the trend has also made itself to the rest of the world over time. Now Google is pushing against that fad and has created and implemented guidelines that, in effect, will let you see your true self when you take a selfie. At least until you enable that beauty mode yourself.

It was already rumored that Google was moving to disallow having such selfie filters on by default on Android but now the tech giant is not only confirming that but also giving the reason for it. It all boils down to users’ wellbeing, particularly their self-image. Just like models on ads and magazines, it portrays a too idealized version of one’s self and establishes an unrealistic standard that does more harm than good.

For this reason, Google’s people-centered guidelines suggest that face retouching features should be off by default. That will be true for Google’s own Camera app in this year’s Pixel lineup. Whether that will roll out to older Pixel phones is still unknown.

The guidelines don’t ban face retouching entirely but it has to be explicitly enabled by the user. It should also make it pretty obvious, via some UI or notification, that what the user is seeing is a modified version of their face, not how they really look like, much less how they should look like. It also recommends a subtle change in the language of the feature’s name and icon, moving away from anything that suggests that it is meant to make them look beautiful which suggests they aren’t already. 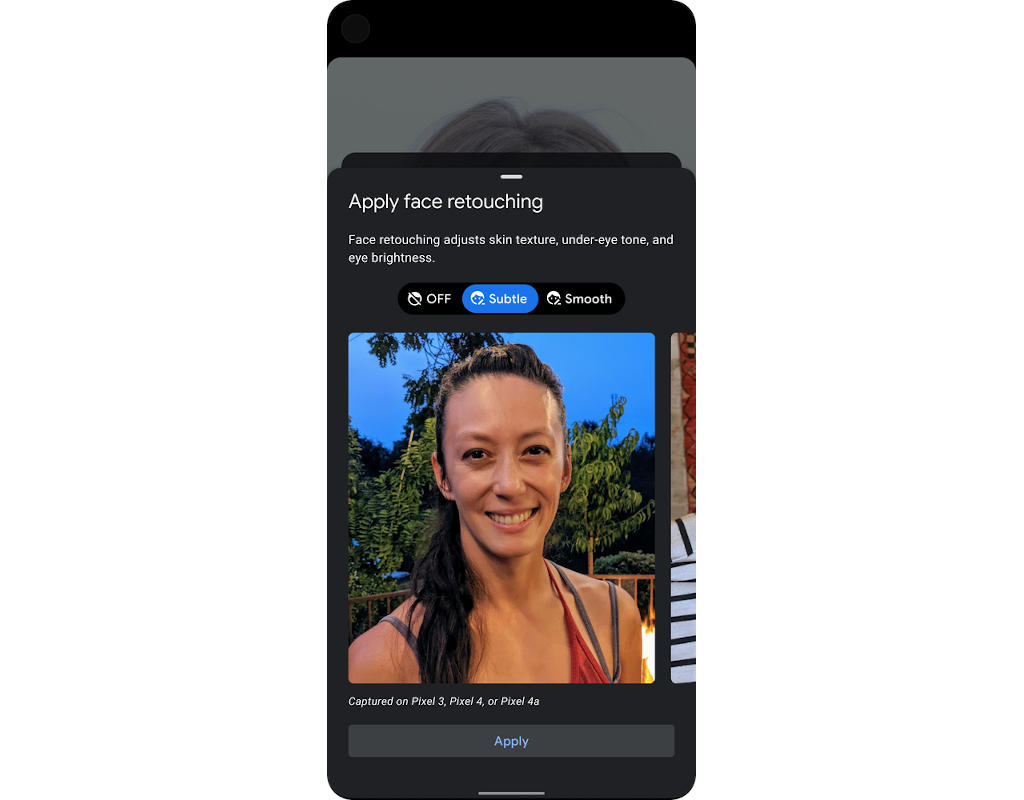 Google, however, isn’t enforcing these guidelines so those beauty modes on other Android phones aren’t going away any time soon. It is, however, saying that it is already in communication with partners to put these guidelines into practice to help give users a better self-image, especially during these depressing times when they’re bound to take more selfies than usual.