This shouldn’t really come as much of a surprise. Google is arguably one of the kings of machine learning (ML) and AI, technologies that it relies on to make sense of all the data it collects through the Internet. So when it revealed that it was making its own System-on-Chip (SoC) named Tensor, it was expected that the chip would have ML at its forefront. That’s what Google is now confirming about the Tensor chip and its abilities while still playing a bit coy on the technical details.

Google wants to make it known that its Tensor is a different breed compared to the likes of the Snapdragon 888, even though it will perform just as well. Right from the design of the CPU to the way the different processing units work together, the chipset inside the Pixel 6 is made with ML at heart. In fact, it was designed together with Google Research because Google wants the chip to be forward-looking when it comes to ML trends of the future.

Of course, most Pixel 6 users won’t be too concerned about that and are more interested in how it benefits their day-to-day use of the smartphone. The Google Tensor is, of course, credited for making it possible to do Automatic Speech Recognition over a long period of time, enabling Live Translate on videos using speech and translation models that are stored on the device only, photography tricks like Motion Mode that adds a blur effect to some parts of the image only or live HDR+ even for 4K 60fps videos. All of these not only utilize what Google terms as a “heterogeneous” architecture that uses the CPU, GPU, TPU, and other resources across the entire chip simultaneously.

While other processors like the Snapdragon 888 or the Exynos 2100 might also be capable of those feats, Google claims that the Tensor’s advantage is in more efficient power consumption and thermal management. That might be due to its unorthodox use of two Cortex-X1 “prime” cores, two older Cortex-A76 cores, and four Cortex-A55 cores. Rather than simply aiming for a huge burst of high performance from that one prime core, the Tensor attempts to split a heavy load between the two Cortex-X1 cores so that the CPU can quickly finish a task and go back to a low-power “standby” mode. 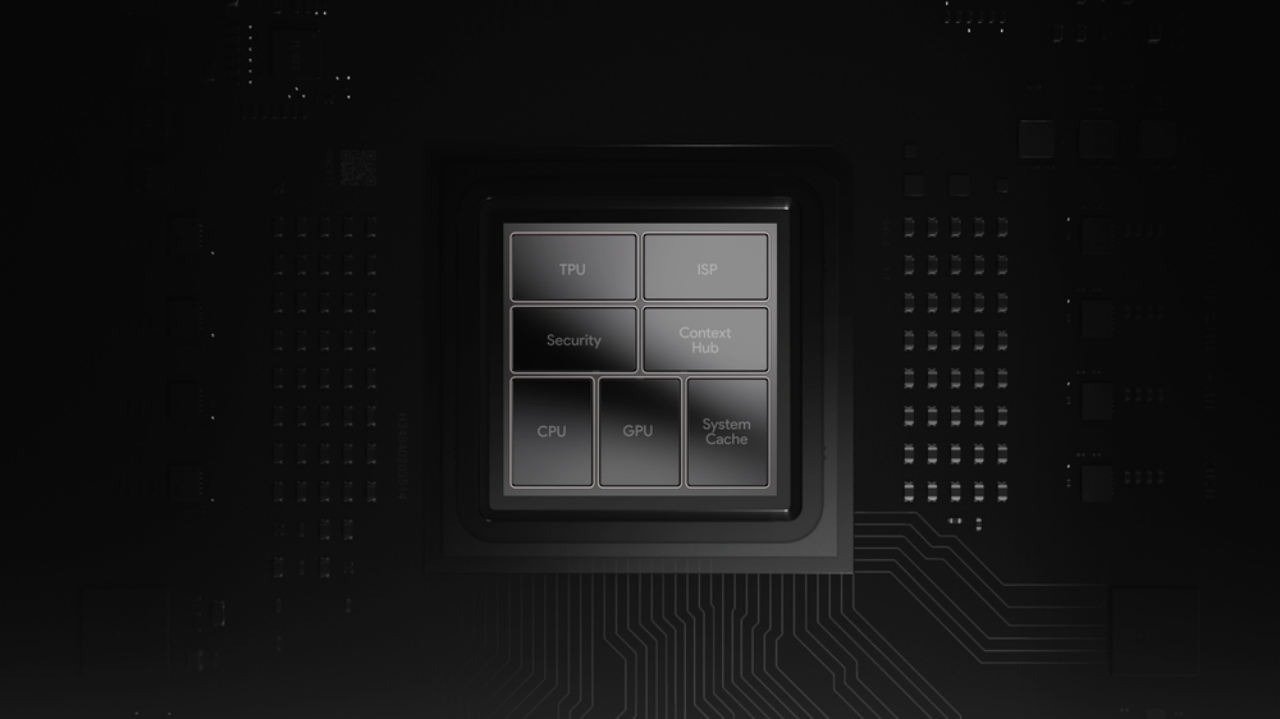 This power and thermal management advantage could be a key point, especially in light of complaints about the Pixel 5 and 5a overheating after only a brief 4K video recording period. It remains to be seen how well the Tensor actually performs in the real world, but its unusual design suggests that benchmarks might be a bit skewed, especially when it comes to single-core tests.