Ever since its first Pixel phone, Google has been timing its Android releases to the launch of its new flagship. Being both phone maker and Android maker, Google has the advantage of syncing up the marketing and pushing features in preparation for the grand event. Although Android 12 might be rolling out before the Pixel 6 and Pixel 6 Pro make their official debut, Google’s engines are already running full steam ahead, teasing the next Pixel and its new skin while simultaneously pushing the Material You changes that will take advantage of Android 12’s new theming system to its first-party apps.

Unlike most phone manufacturers, Google pretty much put rumors to rest by pre-announcing its self-designed Tensor processor and the rather unconventional design of the Pixel 6 duo. That odd camera bump definitely beats the equally eccentric “cyclops” design of the Nexus 6P back in 2015. So far, however, all we’ve seen are renders, both from Google and previous rumors.

This time, however, Google itself is teasing an actual Pixel 6, or at least the semblance of one. Its “For All You Are” teaser clip focuses instead on how the Pixel 6’s experience can adapt or be adapted to suit one’s personality, lifestyle, or interests. We’ve pretty much seen Android 12’s new user interface will look like, so this is merely a confirmation of what we’ve seen and heard so far.

Part of Android 12’s adaptability is due to the new Material You design language. In a nutshell, apps that adhere to this standard can adjust their colors to match the wallpaper you have chosen for your phone. To demonstrate that capability, Google is rolling out the Material Design changes for Gmail, Meet, Drive, Calendar, Docs, et al., ahead of Android 12’s official release. 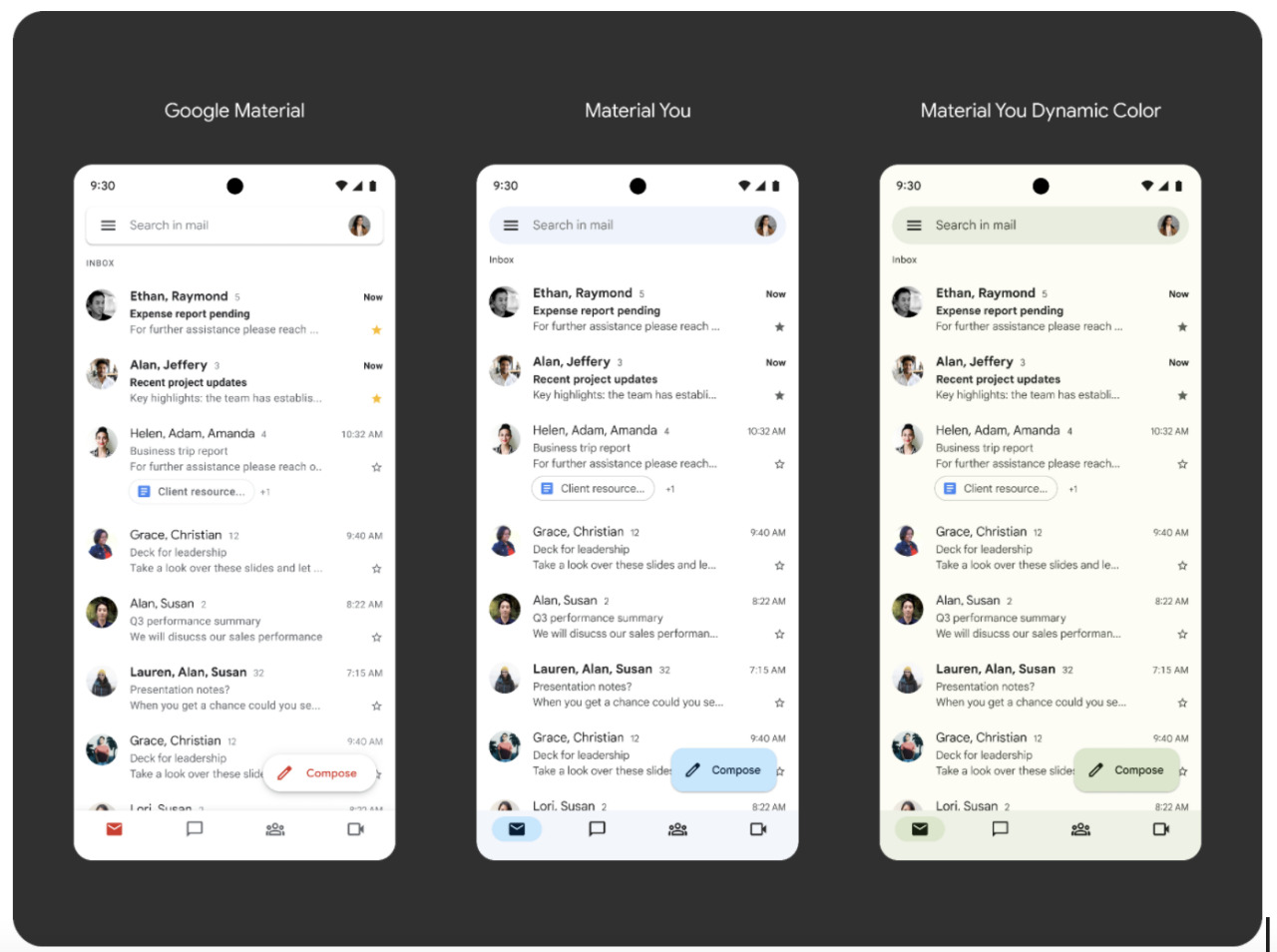 The update is rolling out to all Google Workspace apps on Android on varying dates. The actual Material You dynamic effect, however, will require not only Android 12 but also a Pixel device running that version of Android. That pretty much means you’ll have to wait until mid-October to actually see this in action on a Pixel 6.