With Google’s big pixel event coming next week, the Internet is once again heating up with rumors and leaks about the Pixel 4 phones. Given how those have run in the past few months, there is very little left to talk about, unless you start comparing the Pixel 4 to its predecessor, the Pixel 3. A new info dump doesn’t exactly revealing many new things but does confirm the details surrounding the Pixel 4 and Pixel 4 XL and, at least in some aspects, those details can prove to be disappointing.

On the one hand, it’s not that surprising that Google would have some differentiating factors between the Pixel 4 and Pixel 4 XL aside from the body size and screen size. After all, all things being equal, the two have similar core specs, including the Snapdragon 855, not the Plus variant, 6 GB of RAM, and a “Pixel Neural Core” that utilizes machine learning and AI for various functions, like camera image processing.

The Pixel 4, however, may seem like it’s getting the short end of the stick in more ways than one. Already with the lower resolution display, the phone also gets a smaller 2,800 mAh battery. That is even worse considering the Pixel 3 last year had a slightly larger battery and that the Pixel 4 XL’s battery is larger compared to the Pixel 3 XL.

This could put the Pixel 4 at a disadvantage considering it has a larger 5.7-inch display compared to the Pixel 3. That display will also run at 90 Hz refresh rate, given some conditions. The higher specs could also eat up the battery faster unless Google has introduced some drastic power optimizations that will make those factors negligible. 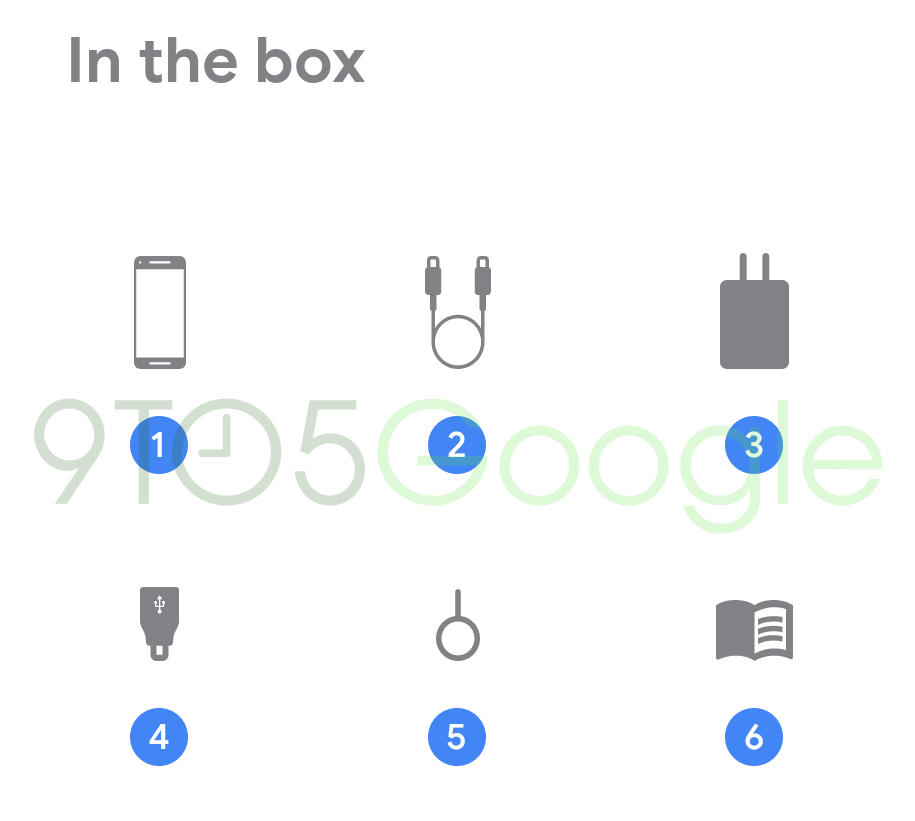 The leak also reveals what’s coming inside the box, which is everything you’d expect sans USB-C earbuds or even a USB-C to 3.5 mm headphone jack adapter. Perhaps Google has concluded that people have had enough time to adjust to the new world order, though it might still have to ship headphones anyway in countries where manufacturers are required by law to do so.