When Google launched its first “made by Google” Pixel phones nearly two years ago, it was pretty bold. Not just in the new way it would conduct its business but even in the design of the smartphones themselves. For two generations, the Pixel phones have carried very visible and distinct two-tone colors on their backs. For the Pixel 3 XL, however, Google will be changing things and those changes might not completely sit well with Pixel fans, especially in this leak of the very white model

There are still two tones, mind. They’re just not as distinct and almost indiscernible unless you look extremely close. The photos of a white Pixel 3 XL prototype leaked on XDA definitely shows only a subtle shift in hues. Renders of the Black version hint at a sharper contrast but actual photos of alleged models don’t seem to show that well.

There might be other colors we haven’t heard about or seen yet, but there is a growing worry that the famous “panda” design might finally be gone. What Google has kept, however, is the orange power button that easily sets it apart from the otherwise unidentifiable buttons.

One thing about these leaked photos that netizens are picking up on and picking on is the Pixel 3 XL’s rather sizable chin. Fans have already conceded that Google as adopted a notch, and a rather big one at that. They were probably hoping that it meant Google was aiming for a nearly bezel-less experience like, say, the iPhone X or the LG G7 ThinQ. Apparently not. 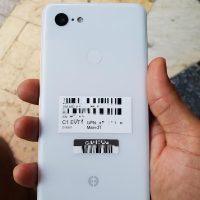 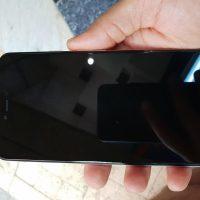 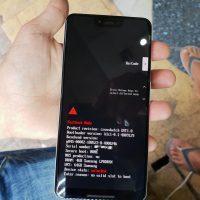 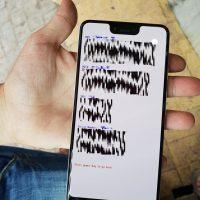 With a large bezel and a large chin, it’s a bit hard to discern what design or justification Google has in mind for the Pixel 3 XL and, perhaps, the Pixel 3 as well. The first two Pixels were already divisive in their design and the third Pixel generation might be the most controversial one yet.