While the Nexus phones played a fair game, with features available for any device running the same version of Android. In contrast, the Pixel phones had some features that were exclusive to them, at least for a short while. One of the latest ones is Google’s official implementation of the Always On Display feature. It turns out, however, that it is actually available for any Android Oreo device. That is, provided that ROM developers flipped the right switch.

Always On Display, or AOD, is becoming a popular feature, especially with the rise of OLED screens. In a nutshell, this feature allows limited pieces of information to be displayed on the screen even while it’s technically off. In Android Oreo’s implementation, that translates to having the clock always visible and some notifications for a short duration.

It was recently discovered, really only by accident, that the Pixel 2 and Pixel XL 2 would have this feature. But for that to happen, the functionality must already be present in Android Oreo, or at least a version of it. Indeed that was the case,and even the first gen Pixel has it, except it is disabled. Unfazed, Android modders snooped around and discovered it was actually somewhat easy to enable it.

There is a single piece of in Android Oreo called “alwaysOnAvailable” that, as the name suggests, returns true if it is available and false if it isn’t. Right now, it is hard coded to always return false and probably hard coded to be true in the upcoming Pixel 2. If enabled, however, this would cause a new option to appear in the hidden System UI Tuner. 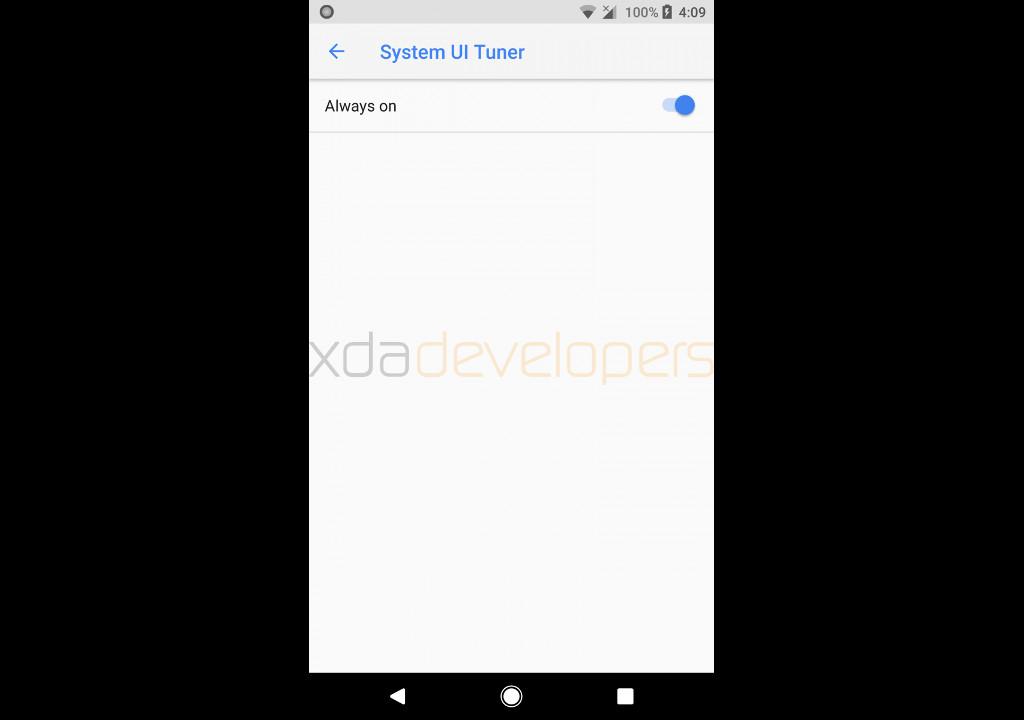 Now, the fact that the single line of code is buried deep inside Android’s source code means that regular users won’t be able to change it. Fortunately, it seems that custom ROM makers have caught on to this and are applying it in their unofficial Android Oreo ports.