With the Pixel 2 now available around the US, there’s no better time for the arrival of iFixit’s teardown. As it does with all flagship phone releases, iFixit has cracked open the Pixel 2, giving us a look at its internal hardware and determining just how easy it will be for end-users to perform DIY repairs. Beyond the fixability rating we always look forward to, this Pixel 2 teardown makes some pretty interesting discoveries.

The first of those discoveries comes right at the beginning of the teardown, when iFixit discovers that it doesn’t actually need to use its iOpener tool. Unlike so many other phones, which require heat to separate the display from the housing, the Pixel 2’s use of foam tape means that heat isn’t necessarily to crack it open. If you need to break into your phone, then, it should be an easier task than it would be with most other flagships. 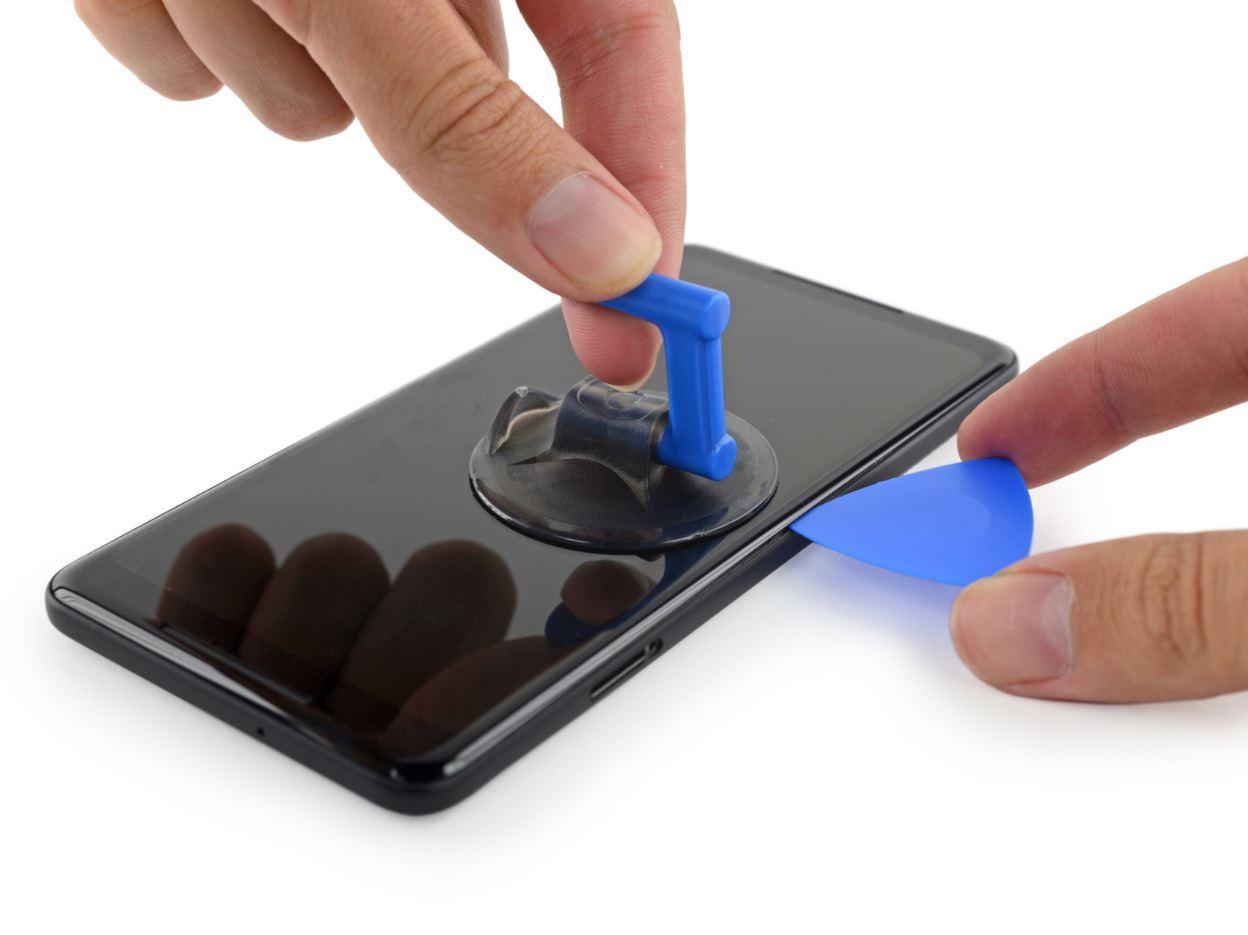 Once the magnesium midframe has been removed, iFixit is able to get to the battery. Sadly, HTC’s user-friendly method of keeping the original Pixel’s battery in place is no longer present in the new Pixel 2. LG has decided to go with regular old adhesive this time around, so while battery removal isn’t impossible, it certainly isn’t something that’s easily accomplished.

With the motherboard ripped from the safety of its housing, iFixit offers us our first look at the Pixel Visual Core. This SoC was designed in-house over at Google, and has the distinction of being the very first chip to carry that label. At the moment, it doesn’t serve any actual function, but it will once Android 8.1 arrives. 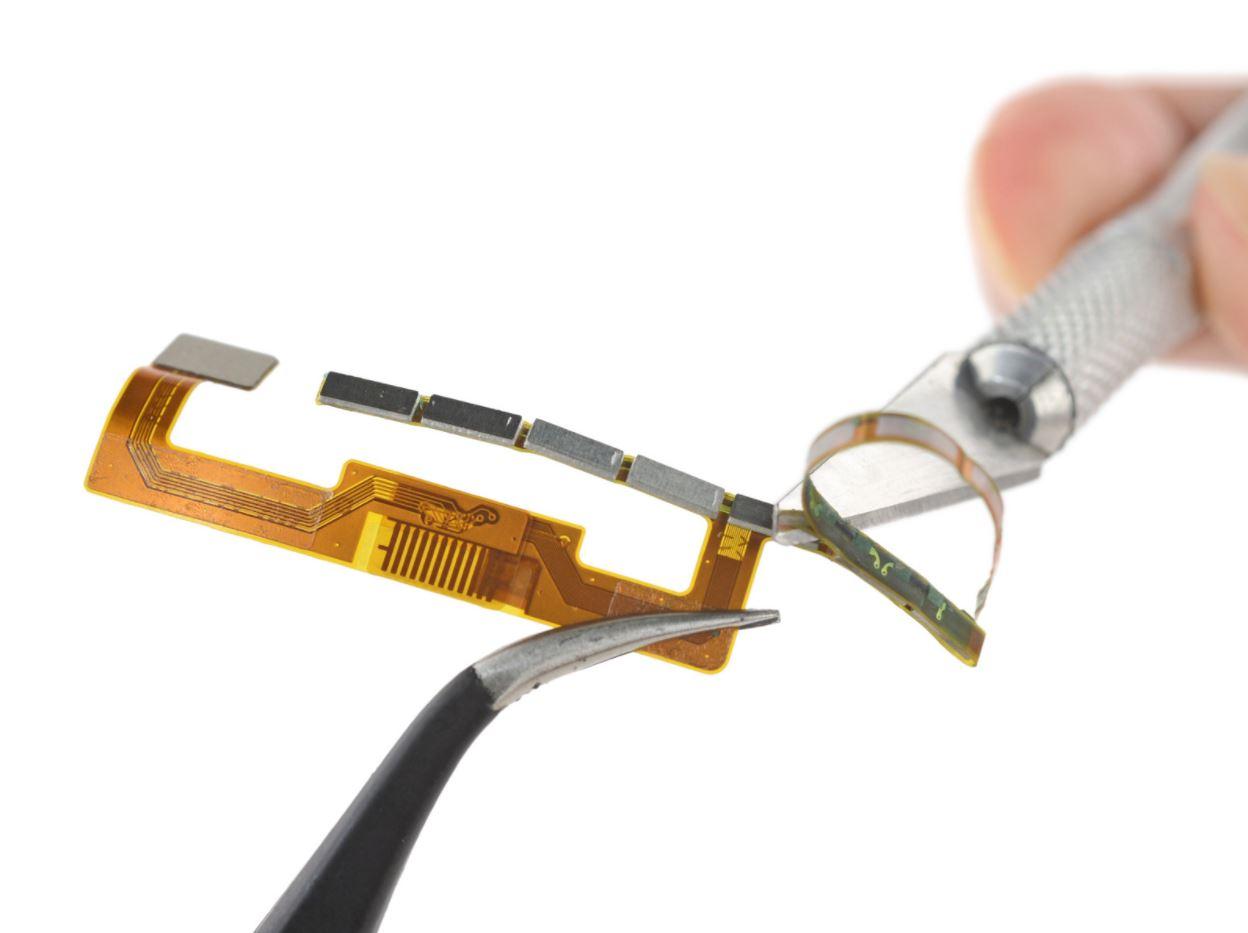 Finally, iFixit removes the hardware responsible for the Pixel 2’s Active Edge functionality. There isn’t a whole lot to it – it’s just a circuit board lined with metal blocks that are connected by strain gauges – but the way those metal blocks are aligned allow the strain gauges to pick up even slight squeezes. It was so cool that iFixit even wrote a separate article about Active Touch and how Google accomplishes it. 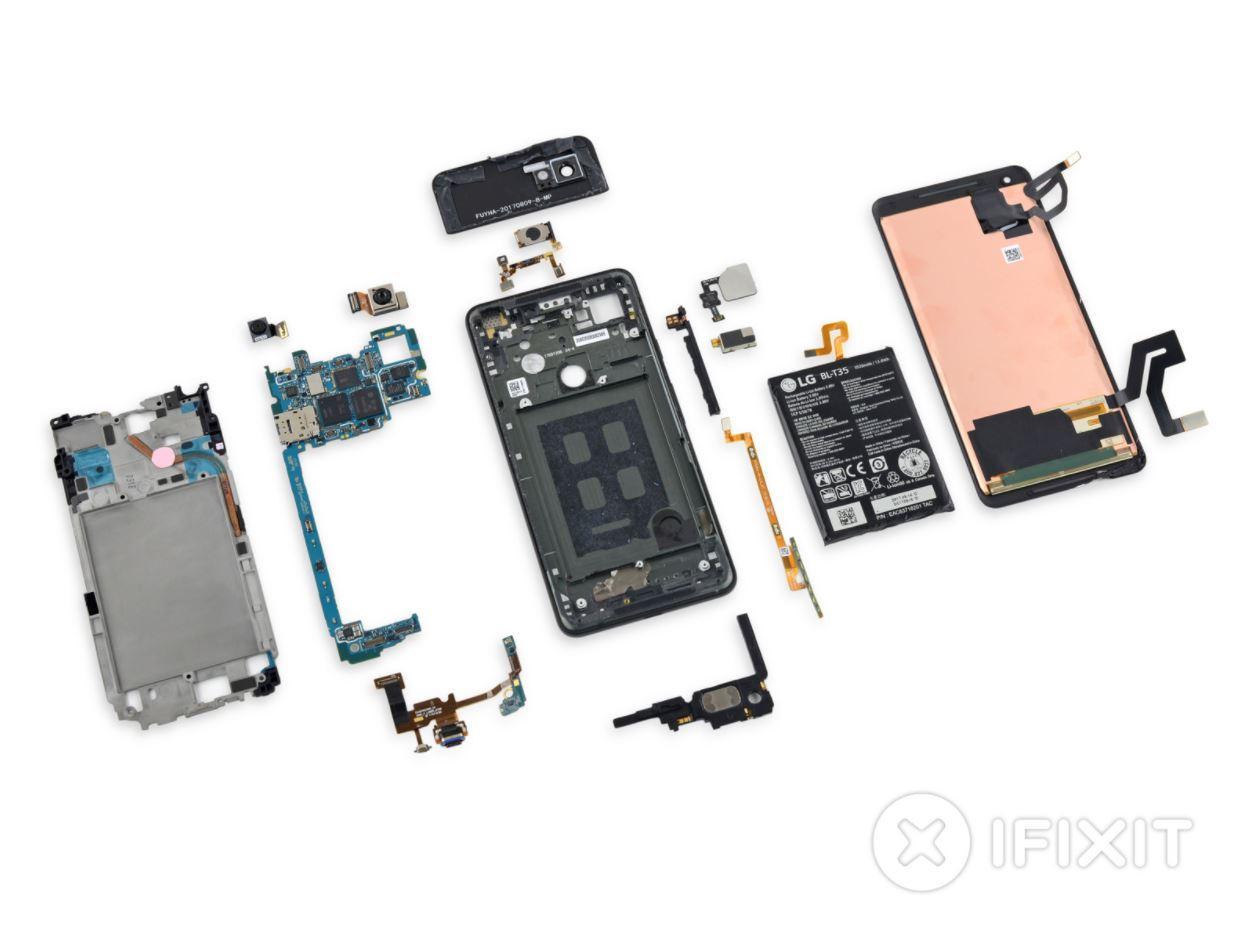 In the end, iFixit gives the Pixel 2 a repairability score of 6/10 – hardly a rare score among recent flagship devices. The Pixel 2 earns points for the modular design of its components, but the tough-to-remove battery and the “stubborn” midframe prevent it from scoring higher. Be sure to read through iFixit’s full teardown for a closer look at the Pixel 2’s internal components.