The dream of a truly free as in speech, open source smartphone running Linux has never truly died. It just took on various forms and suffered numerous setbacks along the way. Last year, however, it seemed that the dream is finally close to becoming reality, with both the Purism Librem 5 and the PINE64 PinePhone declaring shipping dates. The Librem 5 had a rocky head start and now it’s the PinePhone BraveHeart edition’s turn to try convincing the world that a Linux phone for consumers is not such a bad idea after all.

There’s a reason PINE64 is calling it the BraveHeart edition. While not as raw as the developer versions it shipped to a limited number of hardcore developers and enthusiasts, this first batch of phones is hardly ready for end-users. PINE64 makes a rather long post telling recipients what to expect, which is to say, not that much if you compare it with even the cheapest Android phone.

It’s a lot better than that earlier dev edition, though, with gaps tightly sealed and all the necessary warning labels present. There’s even a plastic screen protector for good measure. PINE64 warns people not to look for a charger in the box because it doesn’t want to contribute to even more e-waste. It expects most people these days to have charger heads anyway. 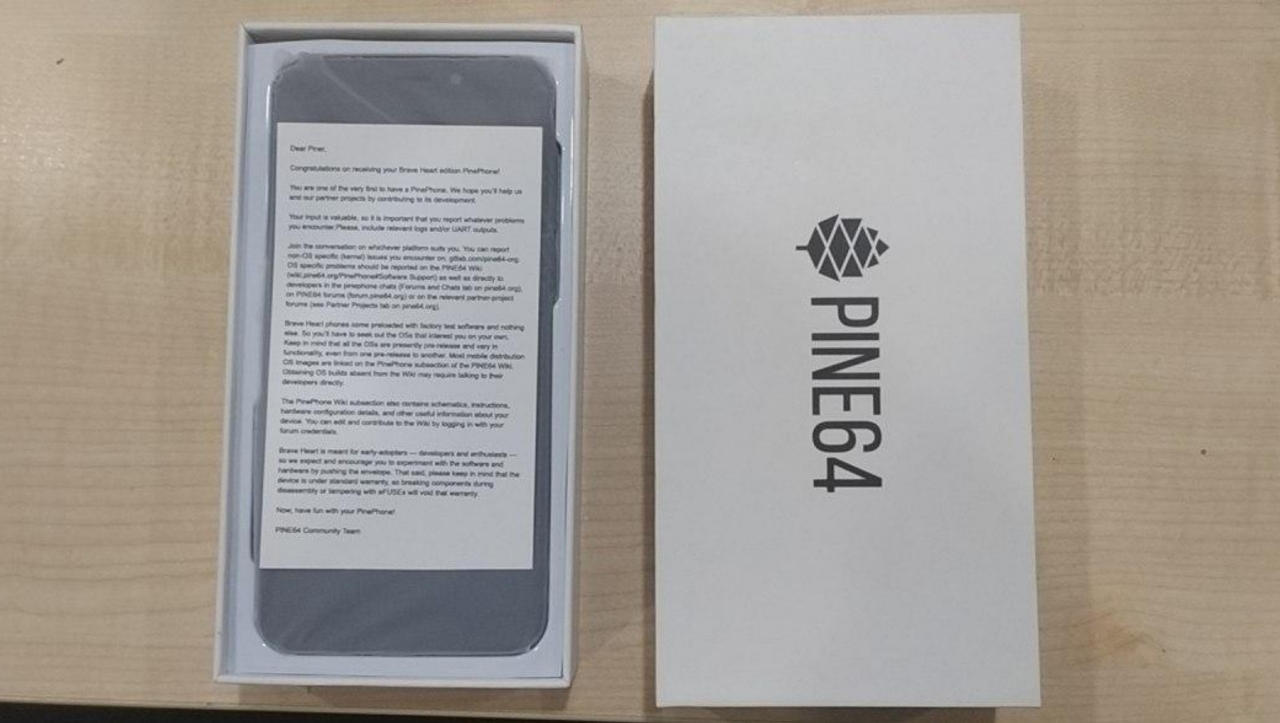 The phone’s early adopter nature will be immediately seen when it boots up. The operating system there is a test version and PINE64 expects that those who pre-ordered the phone will at least know enough to install their OS of choice afterward. Definitely not for the faint of heart.

The PinePhone BraveHeart edition starts shipping on January 17 but there are some caveats to that as well. Because of the shipping partner chosen, actual arrival, taxes, and tracking may vary depending on where you are. And then there’s the upcoming long Chinese New Year celebration that will put many companies and processes on hold until early February.