ARM-based computers, including the iPad Pro, have long been in existence but one thing that has held them back is the lack of familiar software and tools that people have come to rely on for work or personal use. To some extent, software like Adobe Photoshop has become a sort of litmus test and its absence has discouraged consumers from investing in these new devices and platforms. With Apple diving into the ARM world, however, Adobe can no longer really ignore this new wave of computing and has finally brought Photoshop not only to ARM-based Apple Silicon but, finally, to Windows on ARM as well.

To be fair, Photoshop has been available on ARM-based devices but not exactly in the way most would expect it to be. Its incarnation on iPadOS is not exactly the same as on the desktop and while it has been possible to run the regular Photoshop on something like the ARM-based Surface Pro X, it only ran in an emulated mode that incurred some performance hits.

Releasing native ARM versions of Photoshop for ARM Macs and PCs is pretty much a validation of these new computers as being fit for professional work beyond the usual office and web browsing tasks. Microsoft has long been trying to push that image with its Always Connected PCs for years now but, unsurprisingly, it took Apple to get things moving forward at last. Game developer Activision Blizzard also committed to supporting Apple’s Silicon and Google, after sitting on releasing a native ARM version for Windows, has just made one available for Apple Silicon M1.

That said, Photoshop for ARM is still in beta and Adobe lists known issues for both Apple Silicon and Windows on ARM. The most important consideration, however, is that testing this pre-release build requires a Creative Cloud subscription, which means it’s not something you can try out for free beyond the free trial period. 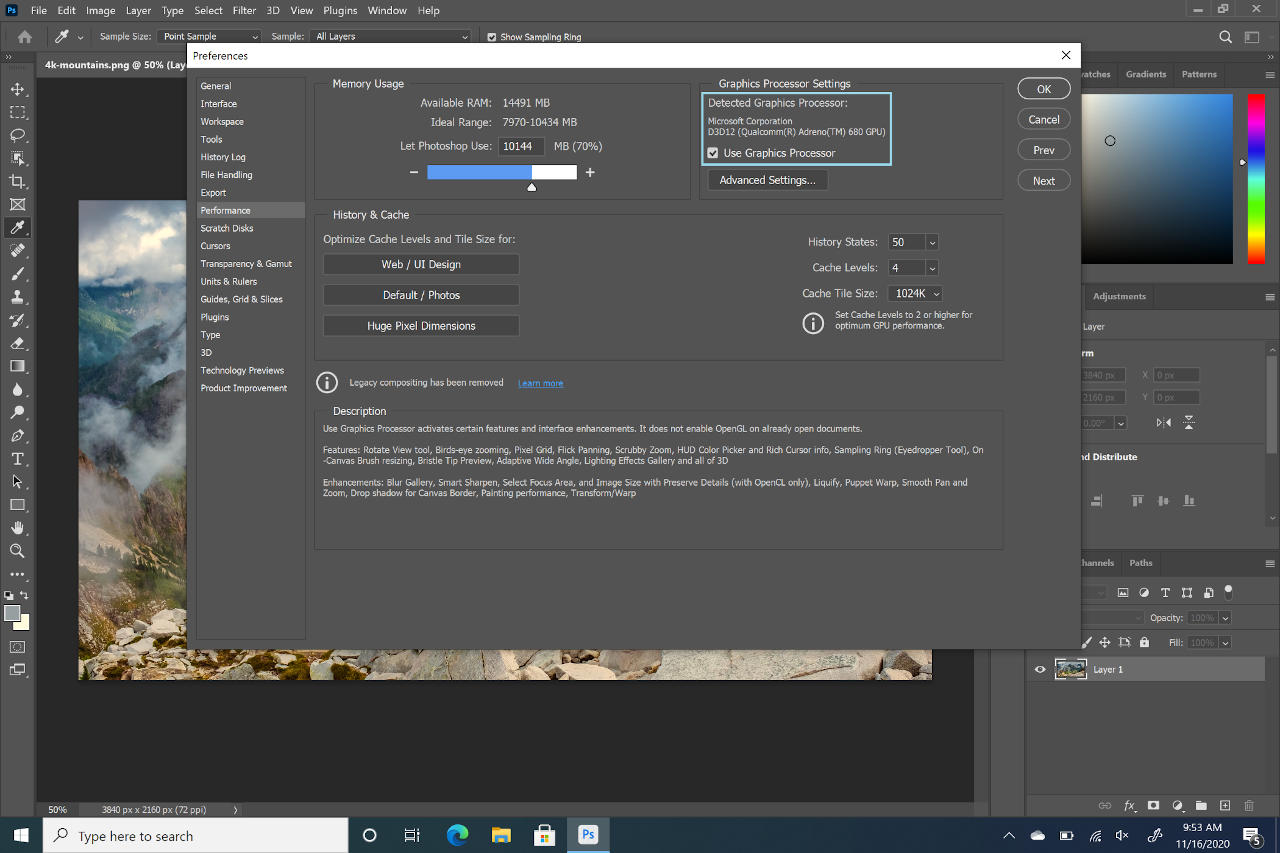 Photoshop’s arrival on Windows on ARM actually has a bit more significance for the platform as it brings with it the availability of OpenGL and OpenCL packs. These libraries, although currently limited to Photoshop’s use only, could eventually open the doors to more software that will need more direct access to the ARM computer’s graphics and computing capabilities rather than going through an emulation layer.