Drones are pretty spectacular, aren’t they? Aside from some minor scrapes along the way, consumer-use drones have yielded some neat pictures and video. Dronestagram has compiled a list of the best pics, even going so far as to hold a contest and pick a winner.

Sponsored by National Geograpic, Go Pro, Picanova, Droneshop and Parrot, the contest gave away GoPro cams and print copies of the pic to the winner and runner-up. With a simple quad-copter setup and great camera, drones have been esponsible for some amazing pics.

The winner, which you can see above, is a priceless shot of an eagle, craning his head just enough to give the drone the stink-eye. Taken in Indonesia, the bird is soaring over Barat National Park, likely keeping an eye out for a meal on the ground. 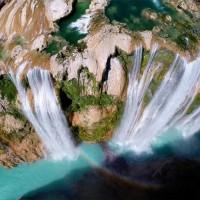 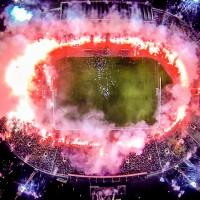 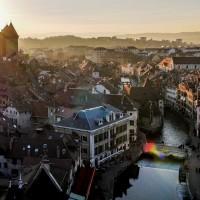 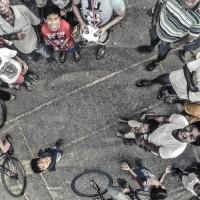 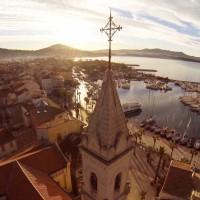 Drones seem to be popular in France, as both the second and third place finishers (in separate categories) had French connections. Second place was taken near a church in the peaceful town of Sur Mer, while third place saw the sunset over Annecy. Either drones are popular there, or France is just beautiful — we don’t know which is more true.

First place in the “popular vote” category was taken over Tamul Falls in Mexico. The second place overall finisher was maybe our favorite; a pic of wide-eyed kids looking up at a drone in amazement. We do the same thing when we see drones.