Philips Hue is getting a new app, and with the fourth-generation there’s an increased focus on automation along with easier control to multiple bulbs, lamps, and bridges. It’s been a long time since Hue first launched in 2012, and since then the range of lights has increased considerably – along with the expectations of how intelligently those lights act in the home.

Philips Hue 4.0 aims to corral them all into a more user-friendly UI. It kicks off with a reworked Home tab, with all the lights and scenes on show in tiles that also indicate current color and brightness. 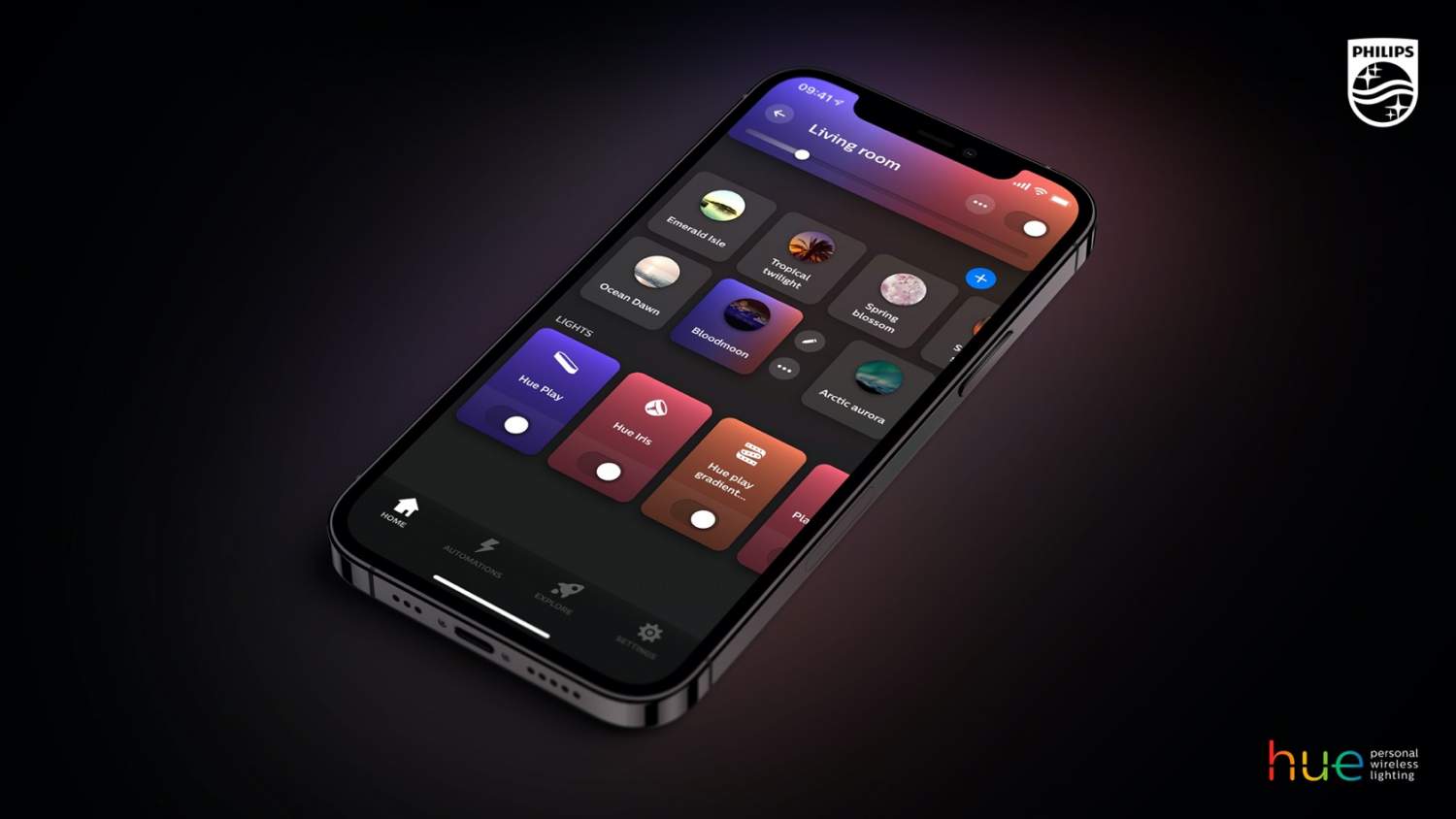 It’s faster, too, with more immediate reaction both from the app and from accessories like Hue dimmer switches and remotes. There’s also a Hue scene gallery, bringing the selection of curated lighting presets to the fore. You’ll be able to tap a scene in that catalog to preview it instantly, and then hit “Add to my scenes” to pin it to the Home tab. 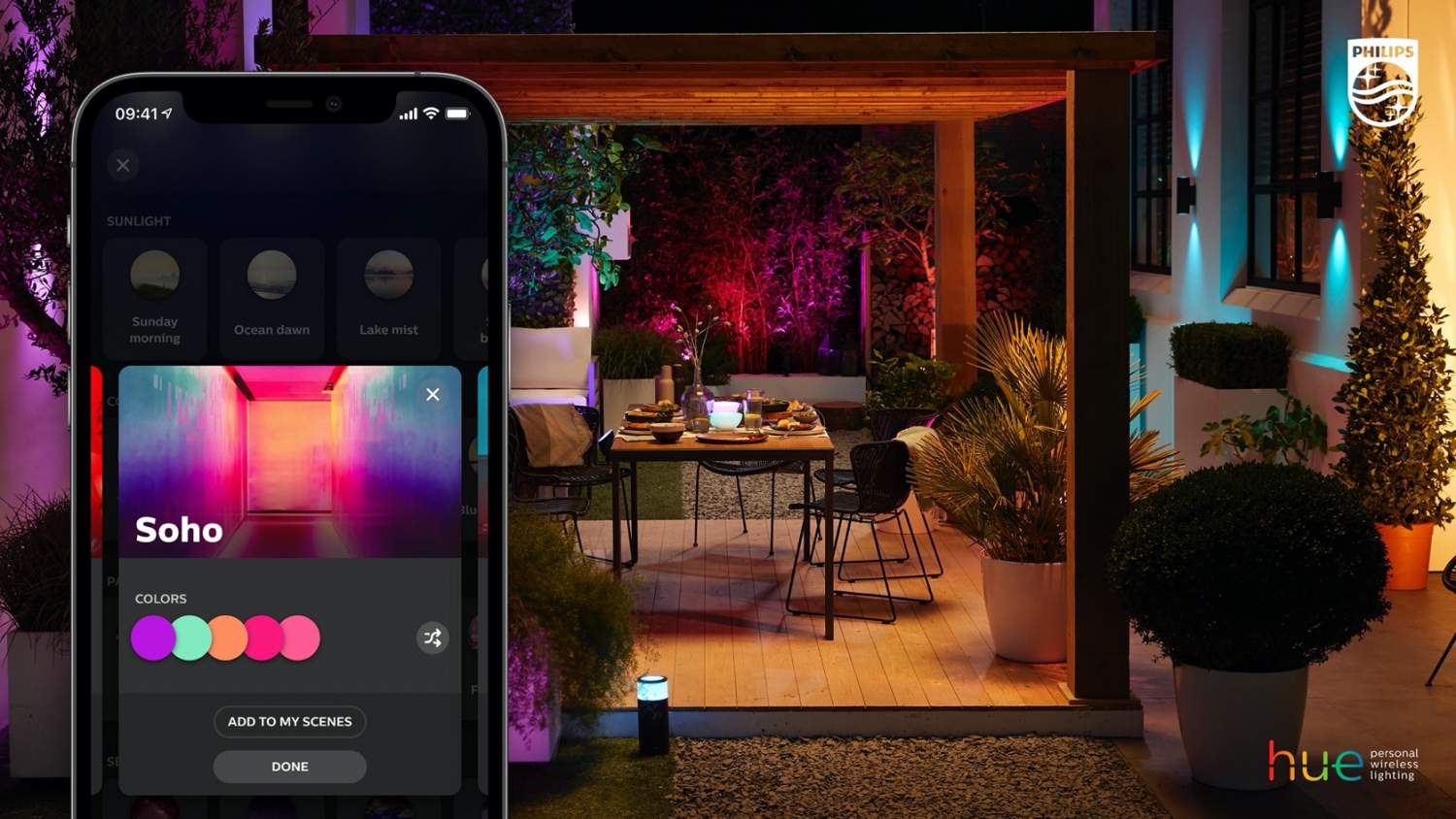 A new in-room UI, meanwhile, also includes both scenes and lights in the same screen. It’s not the only reduction in tab-switching: the individual settings for Lights, Rooms, and Zones can also be addressed there, too, without sending you into submenus of the settings page. If, for example, you want to add a new Hue light to a Room, you can do that within the Room tab. 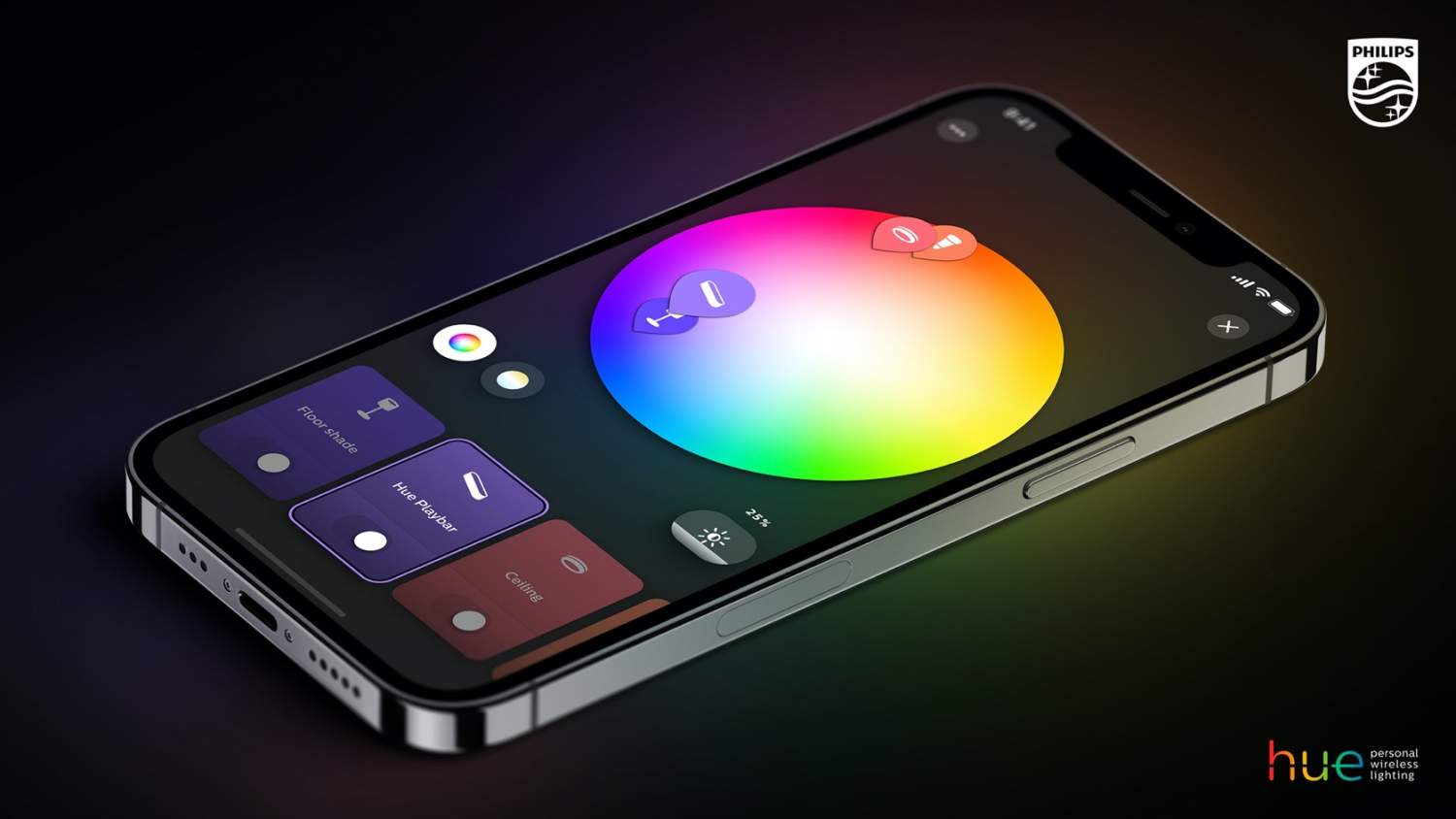 The color picker has been updated as well, making it easier to select individual lights within groups. There’s also a left-handed mode, which shifts the UI around to make selecting it one-handed with the opposite hand less of a stretch. 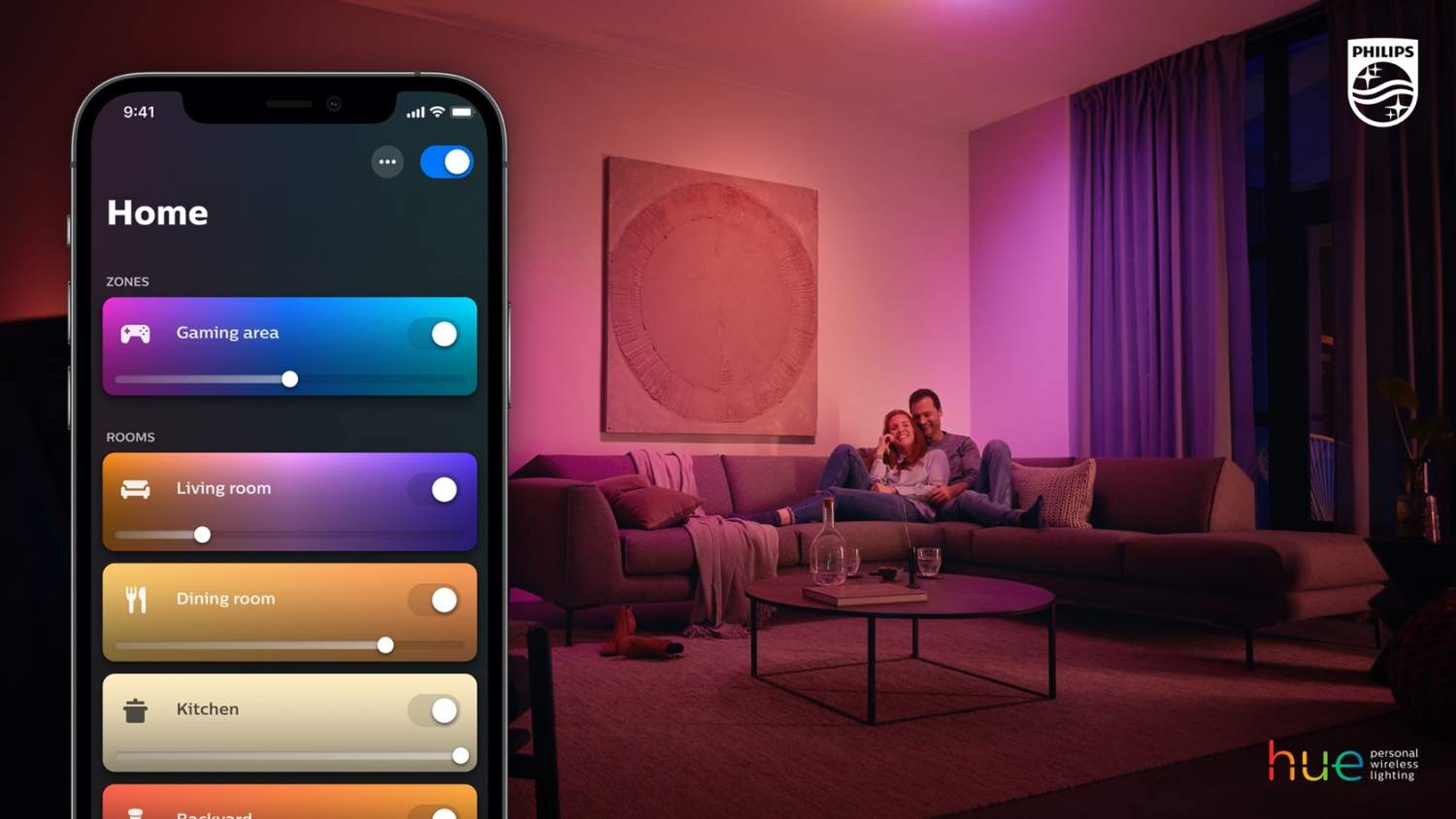 For more advanced users, meanwhile, there are a number of new app features. There’s now easy switching between multiple Hue bridges, for example, useful if you have several in one home – one to control indoor lights, perhaps, while another controls those outdoors – or if you have Hue bridges in two properties. Signify says there’s no theoretical limit on how many bridges an app can handle. 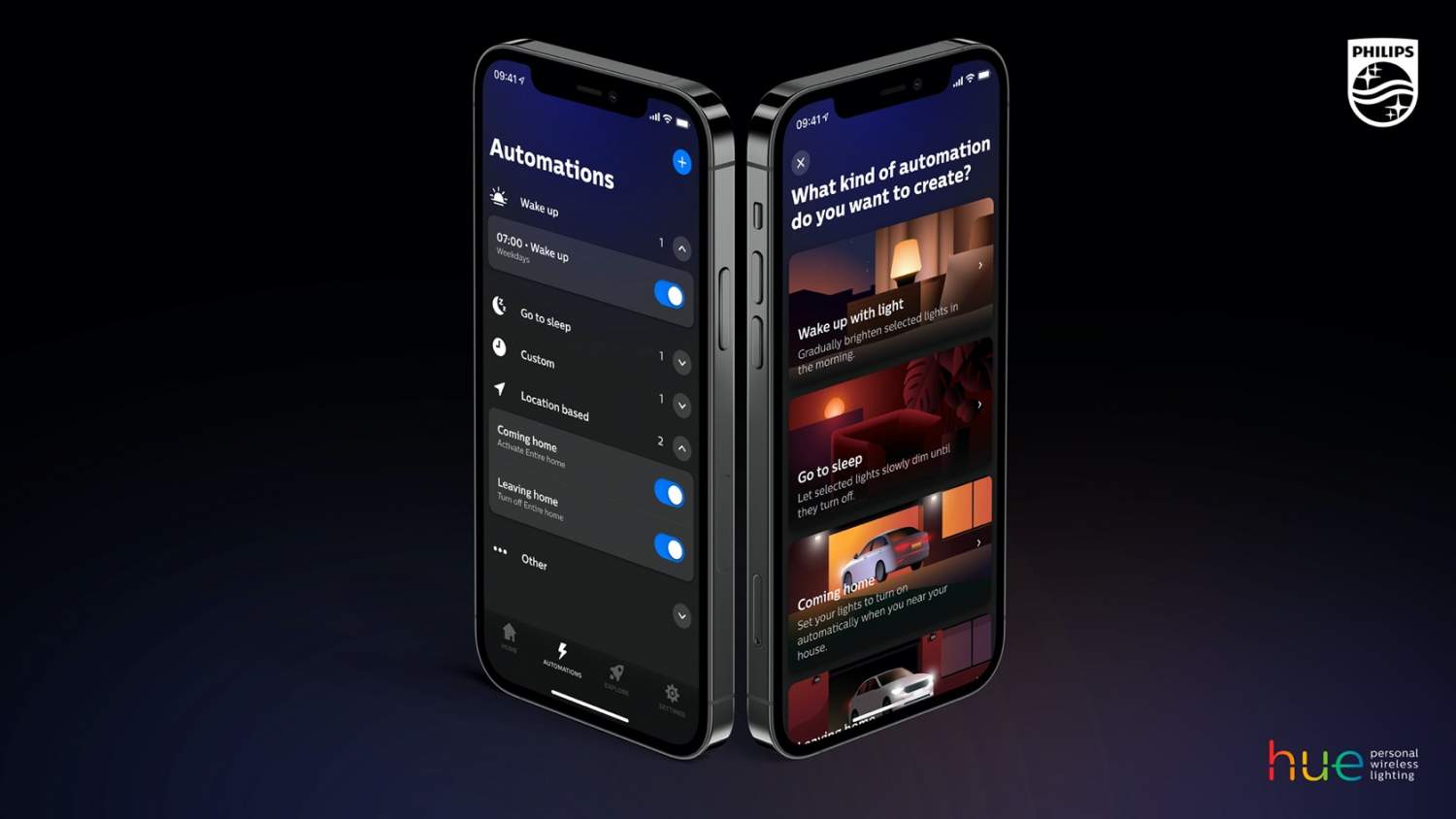 Perhaps the biggest change, though, is the introduction of automations. Replacing routines, the new tab pulls all of the smart scene control into a fresh UI, complete with more guidance in how to create and modify automations. The settings are more granular in Hue 4.0, too.

For example, as well as sunrise and sunset you can now mix those triggers with times, and there’s support for offsets as well. You could, for instance, have outdoor lights come on 15 minutes before sunset, and then automatically shut off at midnight. Or, you could have sunrise trigger lights that fade in, adjusting the amount of fade time too, and then which switch off an hour later. There’s support for randomizing the times slightly as well, to make an unoccupied house appear more lifelike while you’re away. 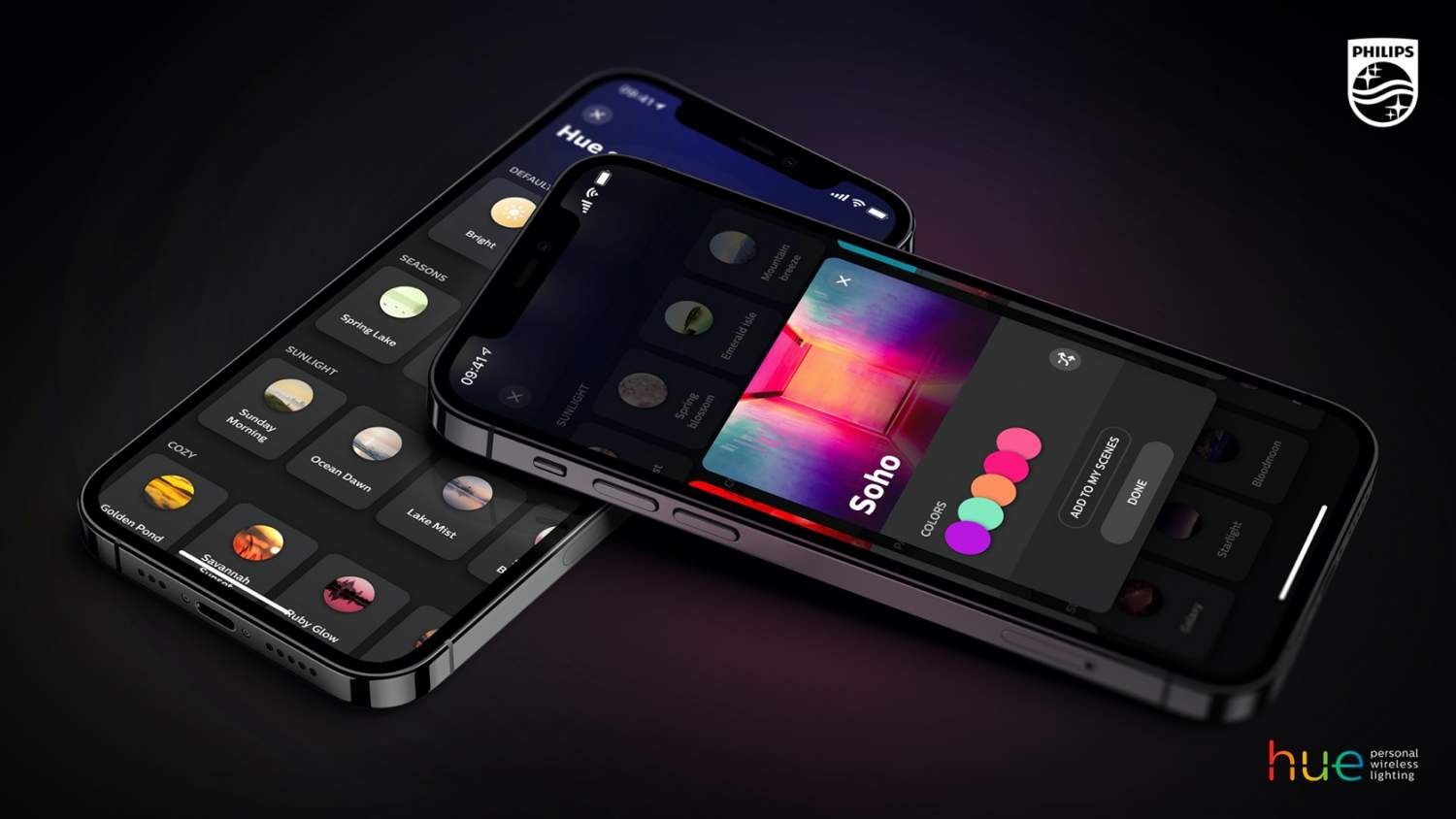 Multi-user geofencing now includes a check to see if any other Hue user is home before the automation is triggered: so, your spouse won’t be suddenly left in the dark just because you stepped outside of the geofence zone.

Hue Labs, the experimental part of the lighting system, has now been moved into an “Other” section in automations. As for the Entertainment section, that has been upgraded with a new real-time 3D light picker that shows where each bulb is, along with its color and brightness. That should make configuring a media zone to work with the Hue Play HDMI Sync Box easier. 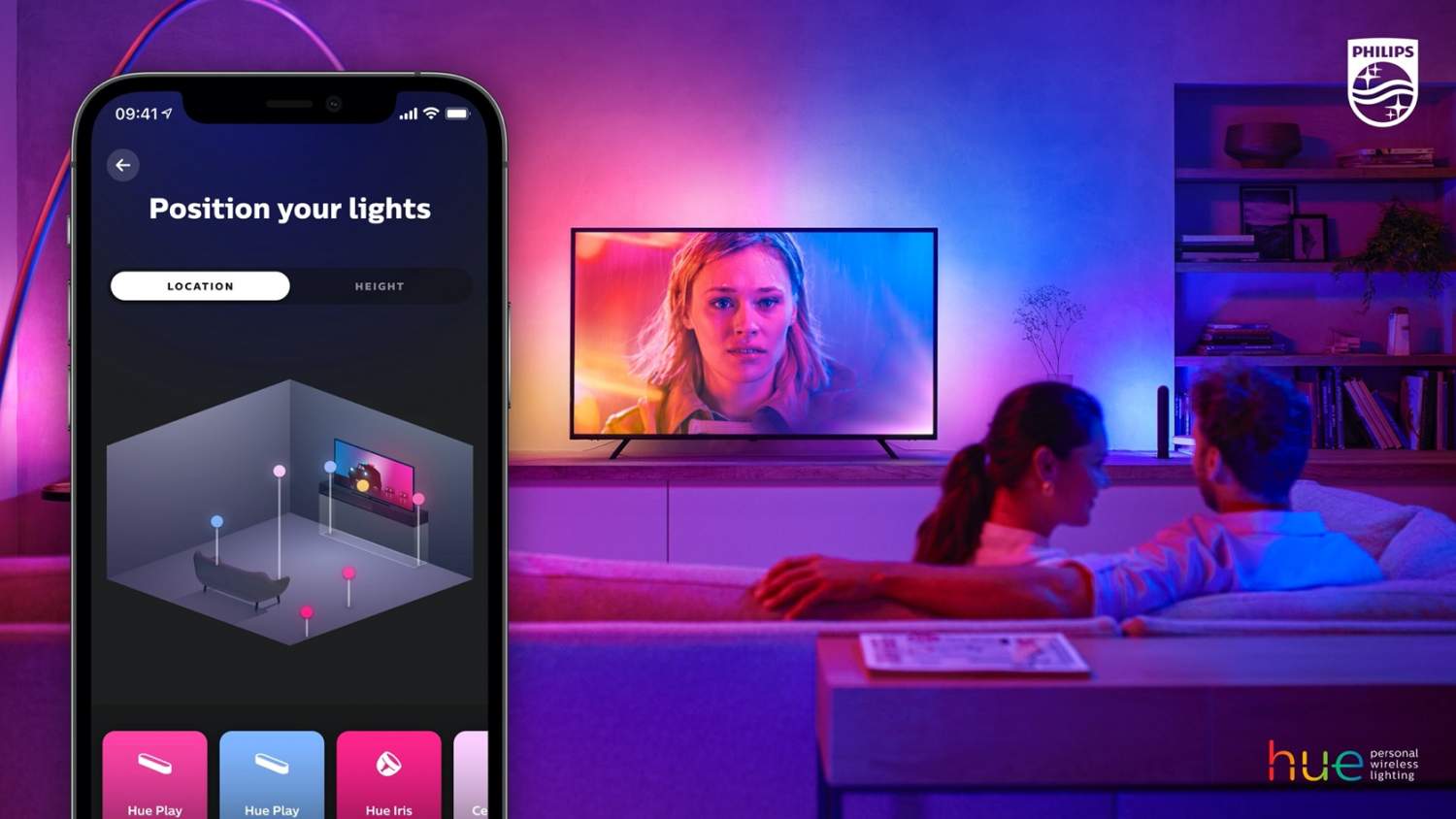 Come the summer, Signify will add dynamic scenes support. There, lights will shift through a series of themed colors, rather than staying set to a single scene. It’s the first of a number of updates that the company says will be enabled by the completely-rebuilt app.

Hue 4.0 will begin to roll out from today, though it could be a week until the gradual deployment is complete, Signify says. It’ll be available for both iOS and Android users, and when you first open the new app you’ll be walked through migrating your existing lights, rooms, settings, and routines.