The FDA has fully approved Comirnaty, the Pfizer-BioNTech COVID-19 vaccine, in a move that’s likely to put greater attention on the wisdom of being immunized and whether employers can legally require it of their employees. While Comirnaty may be approved now, though, that doesn’t mean it’s the end of the emergency use authorization, or indeed of monitoring those vaccinated for any long-term side effects.

Here’s what the FDA full approval for Comirnaty means

From the start, the FDA has been clear that “authorization” does not mean the same thing as “approval” when it comes to drugs like COVID-19 vaccines. Under the emergency use authorization (EUA) process, the agency is able to provide access to medical treatments, drugs, and other products that are not officially approved through the full process, but which are believed to have benefits that outweigh their risks during a public health emergency.

It’s not just the Pfizer-BioNTech vaccine – and others, from Moderna and Johnson & Johnson – that have benefitted from the EUA process. COVID-19 tests, experimental treatments, and more have all been fast-tracked into use by EUA, though each with the proviso that the FDA could just as rapidly remove that authorization should the benefits no longer be deemed significant. In the meantime, data on the deployments of those drugs and treatments has helped shape the case for full FDA approval.

“Based on results from the clinical trial,” the FDA said today, “the vaccine was 91% effective in preventing COVID-19 disease.”

As a result, the vaccine – now known as Comirnaty (pronounced “koe-mir’-na-tee”) – has been approved for individuals 16 years of age or older. It will be administered in two doses, separated by three weeks. Pfizer-BioNTech are able to market the drug as fully approved, too.

Was the FDA’s approval of Comirnaty unusually fast?

Speed to deployment has been a key goal during the coronavirus pandemic, though there have been questions from some quarters around whether the process was too fast for safety. The reality is that, while lengthy approvals processes may be commonplace for new drugs, the FDA does have tools to push candidates to the head of the line. As a result, Pfizer-BioNTech’s vaccine benefited from what’s known as Priority Review. 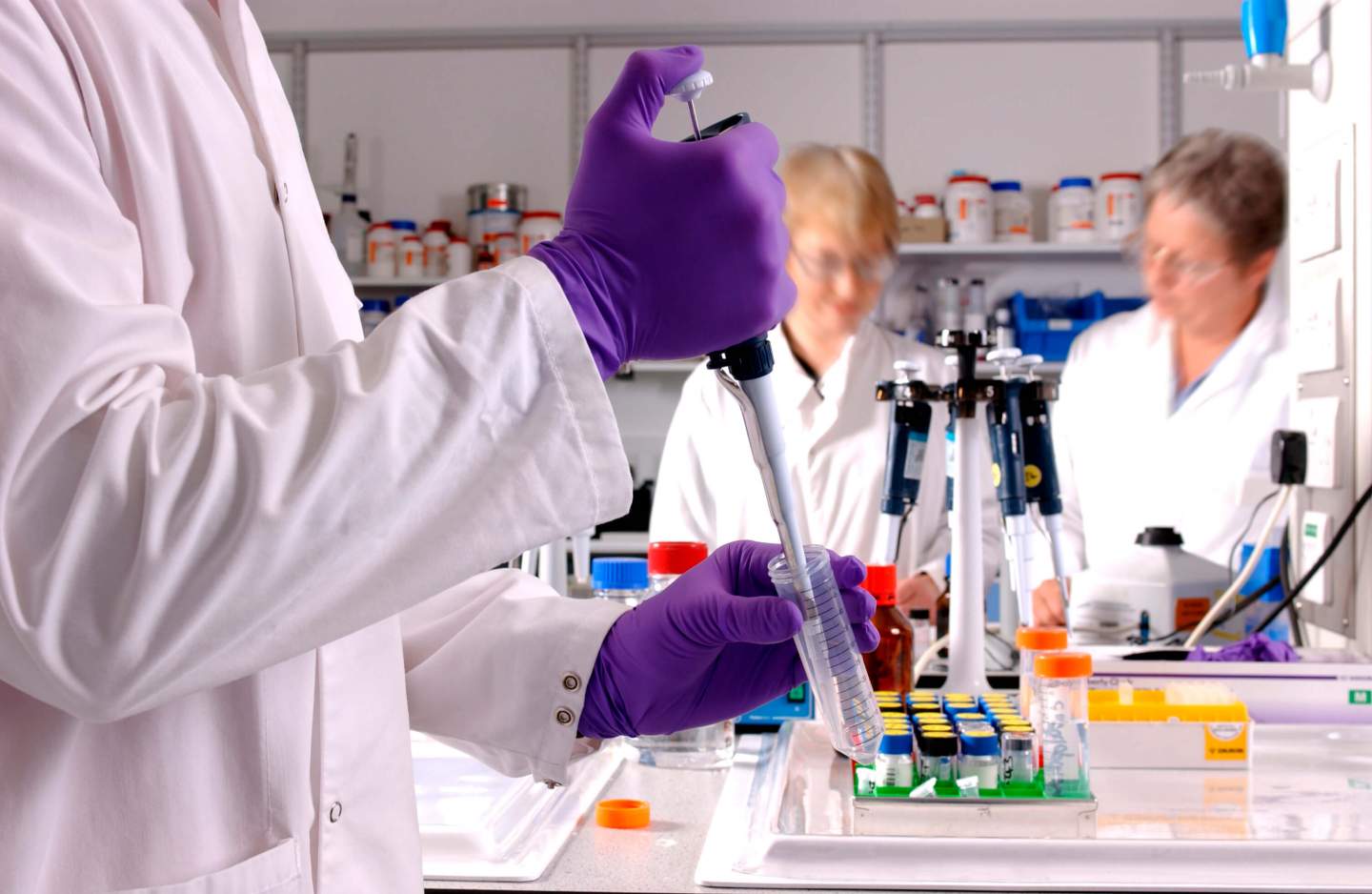 As decided in the 1992 Prescription Drug User Act (PDUFA), Priority Review designation means the FDA aims to take action on an application within six months. A Standard Review, as defined by the PDUFA, takes around 10 months. Though applicants can request Priority Review, the FDA itself decides on whether the submission qualifies.

That’s based on whether the drug in question, where they to be approved, “would be significant improvements in the safety or effectiveness of the treatment, diagnosis, or prevention of serious conditions when compared to standard applications,” the FDA explains. In short, because vaccination could be such a strong factor in avoiding severe COVID-19 disease, the FDA decided to grant Comirnaty Priority Review status.

The Pfizer-BioNTech vaccine EUA is still in place

The full FDA approval today covers the use of two doses of Comirnaty, in individuals aged 16 years and above. However the existing EUA already covers two further applications of the vaccine, and that will continue for the time-being.

First, is the expansion of the vaccine’s deployment to younger people. The FDA granted an EUA alteration to cover individuals aged 12 to 15 years old, and that will stand as further data collection about the efficacy of that process is gathered. Assuming all goes to plan, it seems likely that the full FDA approval will be expanded to cover the younger age group.

Second, there’s the vaccine booster shot. That’s currently being administered to certain immunocompromised individuals – such as those being treated for cancer, HIV, or other diseases and which leaves them with a weakened immune system – with a third shot of the Pfizer-BioNTech vaccine. Again, that process will continue, but with the Biden Administration planning to open booster availability to all in the US from late September, the pressure is on the FDA to add a third shot to its approval.

As part of the updated data package which Pfizer-BioNTech supplied to the FDA for full approval, results showing high efficacy and a “favorable safety profile” for six months after the second dose were included. Pfizer says it plans to submit requests for expansion of its approval to cover individuals 12 to 15 years old, and for use of Comirnaty as a booster.

If I’ve already had COVID-19 should I still get vaccinated?

The FDA recommends that even those who have had, and recovered from, COVID-19 infection should get vaccinated. That group of people was the minority in the data the FDA evaluated – 3-percent of participants in the study had evidence of infection prior to vaccination – but being vaccinated with Comirnaty did lead to fewer subsequent COVID-19 confirmed cases versus the placebo group.

“While relatively few confirmed COVID-19 cases occurred overall among participants with evidence of infection prior to vaccination,” the FDA says, “available data suggest that previously infected individuals can be at risk of COVID-19 (i.e., reinfection) and could benefit from vaccination.” In short, while the chances of catching COVID-19 twice are lower than they are for catching it the first time, it’s not impossible.

A warning about risks and side-effects will be included

While the evidence for efficacy has been overwhelmingly positive over the months that the Pfizer-BioNTech vaccine has been in use, there have been some ongoing concerns about risks and side-effects. The most high-profile has been a possibility of myocarditis and pericarditis – inflammation of the heart muscle, or the fibrous sac that surrounds the heart – that include chest pain, palpitations, and shortness of breath as symptoms.

After an analysis of the surveillance data, the FDA has concluded that there are increased risks of the two conditions, particularly, within seven days of the second dose of the Pfizer-BioNTech vaccine. “The observed risk is higher among males under 40 years of age compared to females and older males,” the agency says. “The observed risk is highest in males 12 through 17 years of age.”

However, those risks are not sufficiently high as to invalidate the vaccine’s overall usefulness. According to the FDA, “most individuals have had resolution of symptoms,” with only a minority requiring intensive care support. A warning about the risks will be included in the Comirnaty Prescribing Information, and the FDA will be doing ongoing safety monitoring along with the CDC.

Currently, according to the CDC, there are more than 170 million people fully vaccinated int he US. That’s over 51-percent of the total population, and over 60-percent of the population of people eligible – under full approval or EUA – to be vaccinated. All the same, persuading the remaining cohort of people to overcome their skepticism, mistrust, or uncertainty about the importance of coronavirus immunization remains a key challenge.

“FDA has been embarking on an education campaign via social media, consumer content, media interviews, engagement with stakeholders and more to help the public understand our regulatory and scientific processes,” the agency said today. “These engagements will continue.”

Nonetheless, what may end up making a bigger difference is that Comirnaty approval could well allow businesses and other organizations to mandate vaccination as necessary. That could include businesses insisting that staff be immunized, schools and colleges making it mandatory for students and teachers, and companies in general requiring people to be vaccinated in order to access services. Notably, despite confusion around just what HIPAA says about healthcare data privacy, it’s not actually illegal to ask about vaccine status.

According to the US Equal Employment Opportunity Commission (EEOC), which enforces federal discrimination law, companies requiring vaccines for employees would not be falling foul of anti-discrimination rules. However that requirement would need to navigate existing regulations, such as the Americans with Disabilities Act (ADA) and Title VII of the Civil Rights Act of 1964, among other things.

“An employee who does not get vaccinated due to a disability (covered by the ADA) or a sincerely held religious belief, practice, or observance (covered by Title VII) may be entitled to a reasonable accommodation that does not pose an undue hardship on the operation of the employer’s business,” the EEOC explains. “For example, as a reasonable accommodation, an unvaccinated employee entering the workplace might wear a face mask, work at a social distance from coworkers or non-employees, work a modified shift, get periodic tests for COVID-19, be given the opportunity to telework, or finally, accept a reassignment.”

The EEOC is yet to update its guidance to reflect any potential changes now that there’s at least one COVID-19 vaccine with full FDA approval. The topic is likely to become more controversial as businesses take the FDA’s decision as a sign that vaccination is more important, and worth wading further into workplace law over.