NASA is currently targeting July 30 for the launch of its highly anticipated Perseverance Rover to Mars. The rover will search the Red Planet for signs of past water and microbial life. Perhaps as important as the scientific instruments aboard the rover itself are some of the other science missions that will be conducted aboard the rover.

The coolest of those missions might be the Mars helicopter that will attempt controlled flight on the surface of another planet for the first time. Equally important is a sees the Perseverance Rover carrying five samples from a spacesuit that humans may one day wear on the surface of Mars. The five samples will include pieces of a polycarbonate helmet visor and materials, including Vectran, Ortho-Fabric, Teflon, and coated Teflon. 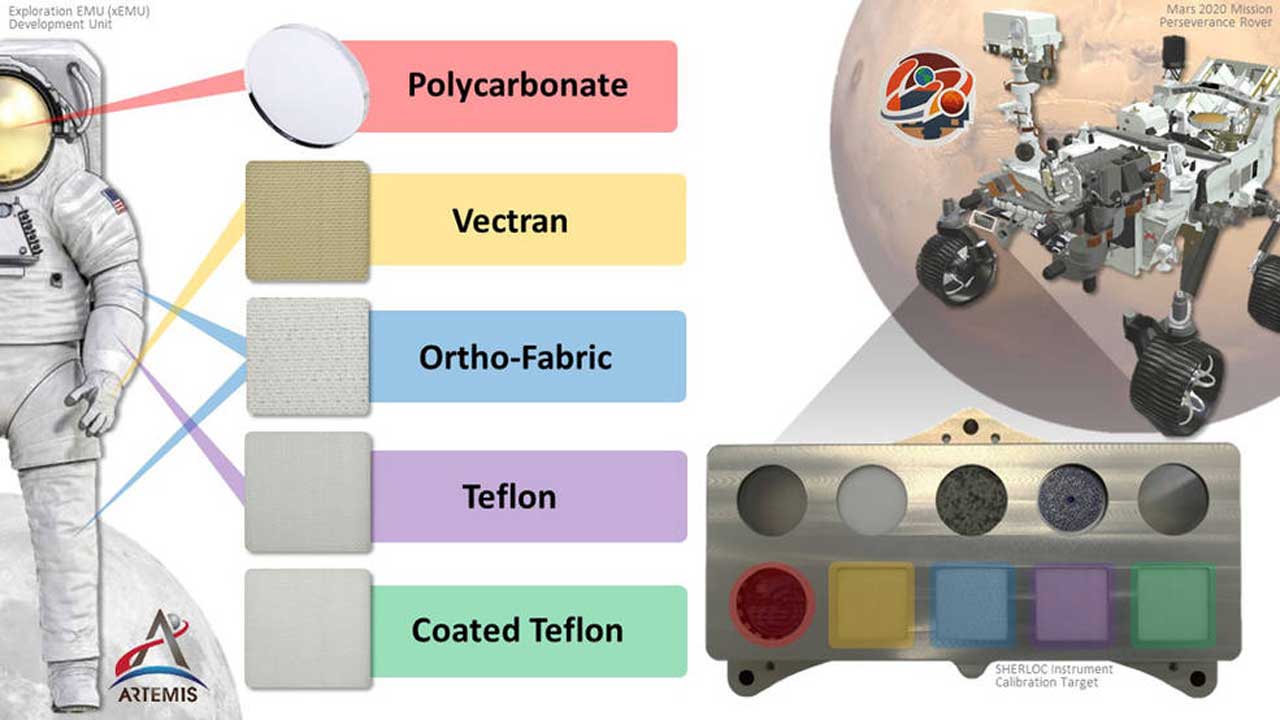 The coated Teflon has a dust-resistant coating on it. NASA wants to know if the radiation present on the surface of Mars will break down the chemical composition of the materials or weaken their tensile strength. The end goal is to keep astronauts safe and determine if materials used for modern spacesuit construction will withstand the surface of the Red Planet.