We’ve known that Pepsi has a self-branded smartphone in the pipeline, and now it has finally been made official. Called the Pepsi Phone P1s, this smartphone comes with the familiar beverage’s branding and an otherwise attractive design. Some of the specs we’ve already heard through sources have been confirmed, including the 5.5-inch Full HD display and dual-SIM support. The phone is being launched in China, and is manufactured by Shenzhen Scooby Communication Equipment Co.

The smartphone features Pepsi’s own branding, though it isn’t in-your-face; it’s simply a lightly printed Pepsi logo on the back. The phone’s default wallpaper has the brand’s red, white and blue colors and the icons feature that same color scheme. Otherwise the phone has a gentle gold color on the back and a white bezel surrounding the display. 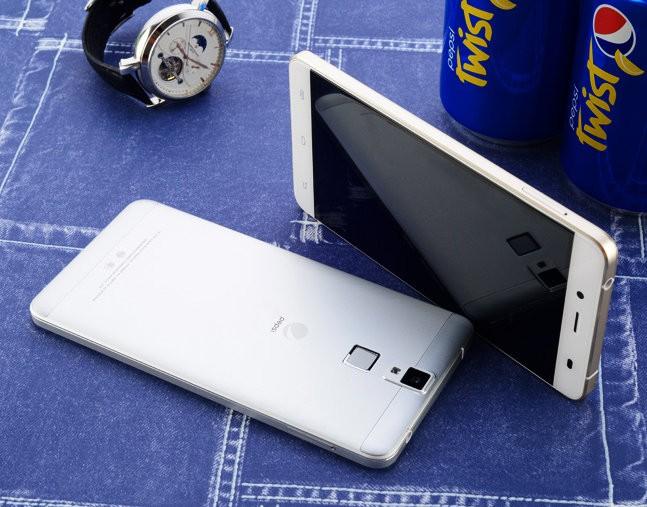 The Pepsi Phone comes in both P1 and P1s versions, though those versions only refer to network support — the P1s model supports 4G LTE. Both models feature a 1.7GHz octa-core MediaTek MT6592 processor, Mali 450-MP4 GPU, 16GB of internal storage, 2GB of RAM, a micro SD slot, and a hybrid dual SIM construction with a nano slot that doubles as a microSD card slot.

The handset runs dido OS, which is based on Android 5.1 Lollipop. There’s a fingerprint sensor, 13-megapixel rear camera, and 5-megapixel front-facing camera. Finally, the handset features a 3000mAh battery, though it’s not clear how long of a talk/standby time that’ll get users.

The phone will be sold in China, with silver and blue variants also being offered. Oddly enough, Pepsi has elected to crowd fund the handset through a Chinese crowdfunding website, where it is offering the P1 for the equivalent of about $78 USD.