Pelty Bluetooth speaker is powered by a candle

Inventor Gianluca Gamba has a new way to make your candlelight dinners classy: the Pelty, a wireless speaker fitted into a tower-shaped candle holder. Positioned below the speaker is a tea light candle, which powers the Bluetooth speaker with its heat output.

The idea behind the candle was a simple one — the inventor found traditional portable Bluetooth speakers to be ill-fitting in his classy dinner arrangements, and so he set to work making his own alternative. The result is a ceramics-based unit featuring a glass shell and thermoelectric converter. 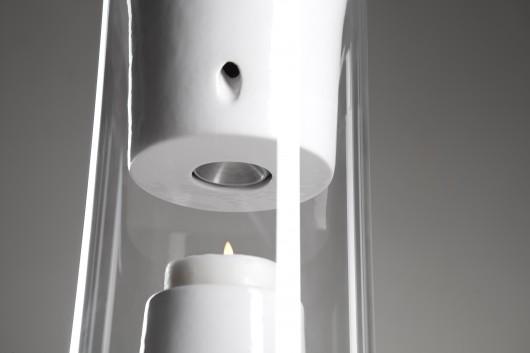 The candle/speaker combo took Gamba about 18 months to create. With the small tea light candle featured in the image above, the integrated 3-inch driver will run for up to 5 hours. “Charging” the device is as simple as swapping out the candle.

Nearly any candle will work with the device, it is promised, and the audio quality and loudness is promised to be high. The device is being funded through Indiegogo, where it has reached a bit over 15% of its funding goal with over a month left.