Peloton, the fitness bike you probably know about from their dramatic, energetic commercials, has introduced a twist on getting active: a game based on cycling rather than live classes. For those times users need a break from classes, Peloton offers videos of scenic rides and such. The company mentions both of these options, stating that it has been looking at “opportunities beyond video.”

In light of that exploration, Peloton is looking into a new format that gives users a way to stay active without getting bored: games. The company is currently testing an early version of Lanebreak, a rhythm-based game that revolves around fitness. The game works by presenting cues on the bike’s tablet. 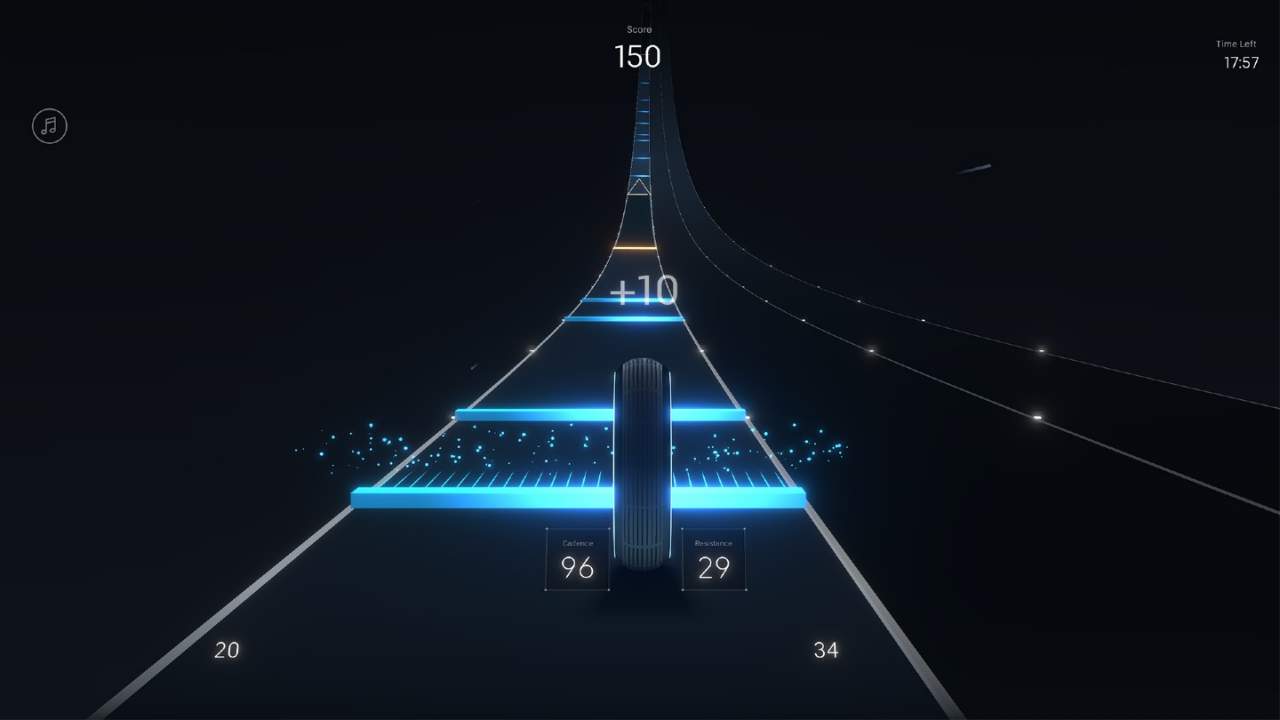 Players are tasked with matching the game’s cues on a virtual track, using the device’s resistance knob to switch tracks while using the peddles to control the game’s cadence. Lanebreak tosses in obstacles and includes music that is synchronized with the track.

According to the company, users would be able to select from a library of different work lengths, types, difficulties, and playlists. Months of research and design went into developing Lanebreak, the company says, based in part on mini-games Peloton tested with some of its customers.

Among other things, Peloton says that some people have reported interest in using the company’s fitness products based on the inclusion of games — people who otherwise wouldn’t have been interested. Ultimately, Peloton says it is still in the early stages of development when it comes to games, but that it’ll soon have playtesting opportunities.