Peering deep into the early Universe, Hubble sought stars but found a mystery

The first stars in the early universe could’ve formed far earlier than scientists first believed, new findings from the Hubble Space Telescope suggest, opening new questions about the evolution of galaxies shortly after the Big Bang. Researchers had expected to find so-called Population III stars in the latest Hubble observations, but turned up empty-handed.

Population III stars are believed to be the earliest to have formed in the new universe. They were created out of hydrogen, helium, and lithium, scientists believe, the only elements in existence after the Big Bang.

They went on to be instrumental in generating materials we now take for granted, however. Their fertile cores created the heavier elements – including oxygen, nitrogen, carbon, and iron, among others – from those primordial ones, before burning out early on in the universe’s history. Before they did that, however, they’re believed to have grown to enormous sizes, potentially a thousand times the size of our own Sun.

Their secrets are what led a team of scientists, led by Rachana Bhatawdekar of the European Space Agency, to go sifting through Hubble data on the hunt for Population III stars. Using readings from the cluster MACSJ0416 and its parallel field, and combining Hubble data with further information from NASA’s Spitzer Space Telescope and the ground-based Very Large Telescope of the European Southern Observatory, they could get a glimpse of what the universe was like around 500 million to 1 billion years after the Big Bang. 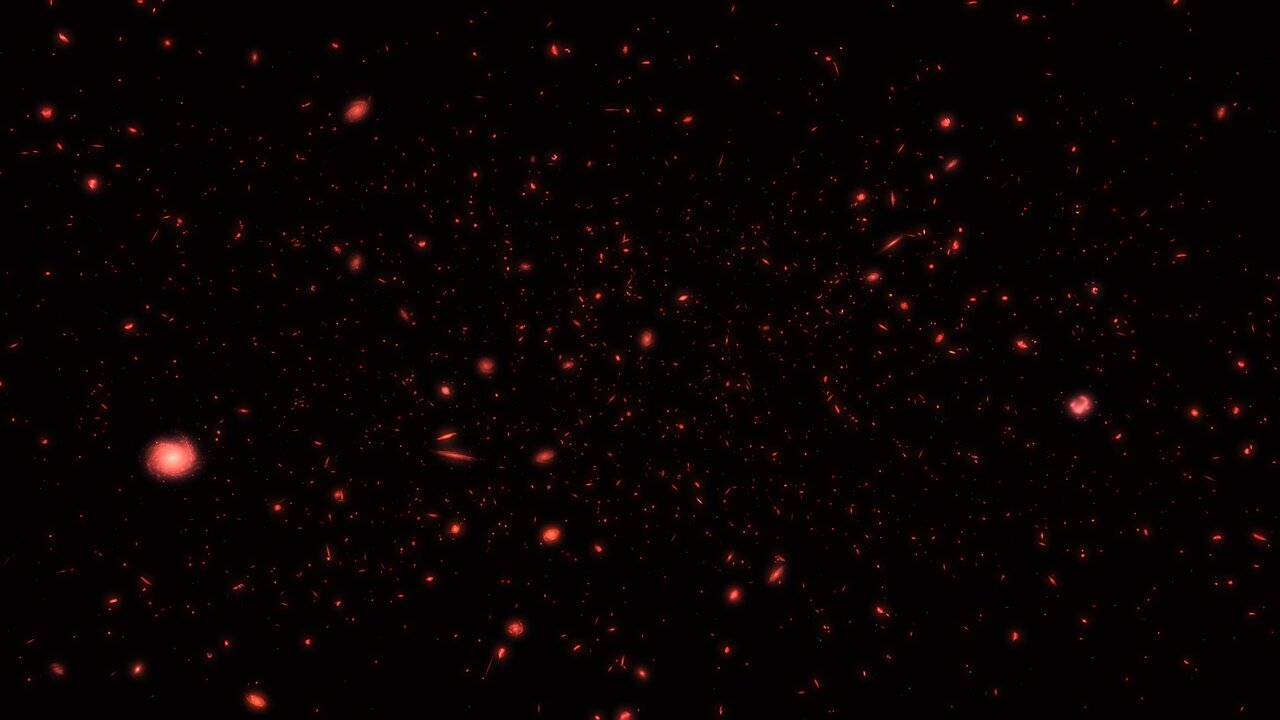 It’s no easy task. Hubble takes advantage of what’s known as gravitational lensing, where closer galactic clusters are sufficiently heavy to bend and magnify light. In turn, that acts as a magnifying glass for the more distant objects that lie behind them. By looking through those naturally-occurring lenses, Hubble can see evidence of stars far beyond its native optics.

To actually identify anything meaningful from that data, however, the ESA team needed to first do some processing. They came up with a new technique to remove the light from the brightest foreground galaxies: while the stars responsible for that were helping by generating the gravitational lensing, they were also outshining the far dimmer distant objects the researchers were most interested in.

What they didn’t find, though, was the Population III stars. Indeed, “we found no evidence of these first-generation Population III stars in this cosmic time interval,” Bhatawdekar says. “These results have profound astrophysical consequences as they show that galaxies must have formed much earlier than we thought. This also strongly supports the idea that low-mass/faint galaxies in the early Universe are responsible for reionization.”

Reionization is the process by which the intergalactic medium of the early universe was ionized by the first stars and galaxies. Bhatawdekar’s results, however, indicate that process happened much earlier – too early, indeed, for the Hubble Space Telescope to observe.

Luckily, then, Hubble’s successor is close at hand. The James Webb Space Telescope, a collaboration between NASA, the ESA, and the CSA, will be capable of peering further into the depths of the universe, and tracking much earlier events. It’s scheduled to launch in 2021.