Some might jeer at Apple‘s latest Mac Pro design, but it is, of course, no surprise that it has also drawn its fair share of fans. They say that imitation is the sincerest form of flattery and a certain user by the name of “sascha288” from a certain German forum has taken that to heart, building his own PC from the ground up to look like none other than the late 2013 model of the Mac Pro.

The Mac Pro 2013’s biggest criticism is that it looks like a trash can. Funnily enough, this PC mod actually begins as such. The case of this computer is based from an actual trash can 19 cm in diameter and 28 cm in height. Of course, at the end of the process, it resembles that trash can very little.

Inside, the modder tried to stick to the same specs as much as possible. The details of the hardware are murky at this point, but it is noted to have a Core i3 processor and a Radeon 7750 GPU. It also has combination of SSD and HDD for storage and a standard ATX PSU. Two fans are placed inside the configuration, one at the top and one at the bottom that is modified to match the Mac Pro look. 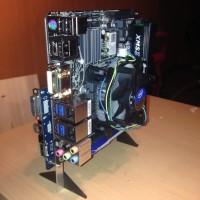 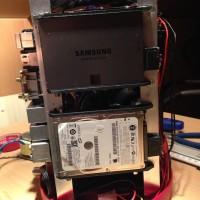 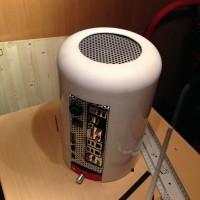 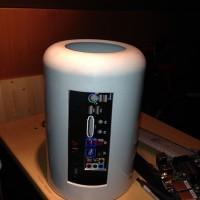 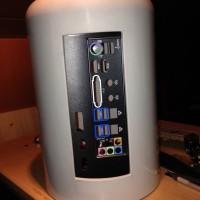 The modder does deviate from the standard Mac Pro 2013 design. Instead of going for the shiny silver appearance, sascha288 opted to paint the canister a rather glossy red color. Whether this actually works better is something for the reader to decide.

Aside from the series of photos detailing various steps in the construction, very little is known about this modding project. Apparently, the German forum where the original post was made deleted the post and has also threatened the source below if the forum’s name and link to the original post was not removed. 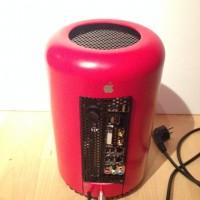 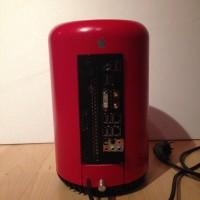 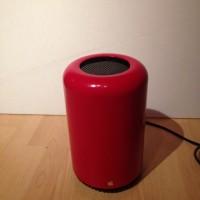 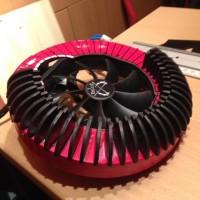