We’ve all heard the marketing spiels before. “The PC is dead”. “This is the device that will replace your PC”. Or even “this is the new PC”. Whatever the tune, they almost all have the same chorus: replacing the venerable yet perhaps outdated computing devices, otherwise known as desktops and laptops, most of them running Windows versions of ages past. And maybe they’re right. Maybe these will indeed replace those PCs. Maybe the sudden surge in popularity of 2-in-1’s, detachable, and convertibles are going to save the dying PC market. Or maybe it will only for a short time, because what consumers these days are looking for aren’t just PC replacement. Ultimately, they’re looking for new, modern experiences.

What’s in a name really? Some might call it just marketing speak, or even splitting hairs, but “PC Replacement” has some very subtle, maybe even subconscious, connotations. What exactly does it mean to be a “PC Replacement” anyway. At first brush, it means something new, like a new form factor, a new user interaction mode. In a way, that’s what these new breed of portable computers (can we call them “PC” in that case?”) promise. Laptops the flip into tents or tablets, laptops that split into tablets, or tablets that can attach to ultra thin keyboards. They may or may not have styluses too. Some of those aren’t completely new. They’ve been there since the time of the prehistoric Tablet PCs. Some are indeed new but are simply new takes on an old idea. In the end, they’re akin to putting old wine into new wine skins.

Yes, it is really old wine, which is what the implication of these PC replacements bring. They are basically substitutes for desktop, more for laptops actually, and as substitutes they have to, by necessity, perform the same functions as those desktops and laptops. They have to enable users to do what is traditionally considered to be desktop computing. Granted, the subset of those that can’t be done on a tablet or smartphone these days is quickly shrinking, but they do still exist.

And these devices can’t help but be like PCs. Because they can’t sufficiently replace PCs if they can’t behave like one. It is the same trap that Apple has fallen into when it started marketing the iPad Pro as the tablet that can replace your desktop or laptop, even a Mac. It inevitably set itself up for failure because it built up an expectation that no mobile OS can really stand up to these days. That is, they can’t be PC replacements. And that’s a good thing. Except, that’s not what the PC market needs right now.

Phones with touch screens and the ability to install apps have actually existed before the iPhone (hello there Nokia), but Apple practically defined the smartphone market with its handset. That was partly thanks to the late Jobs’ infamous RDF (Reality Distortion Field) but mostly thanks to the “wow” factor that the iPhone offered. Nokia’s myriad “smart” phones couldn’t compete with the elegance and ease of use of the iPhone. The mobile phone market was hungry and ripe for something new, and Apple just came along to provide that. 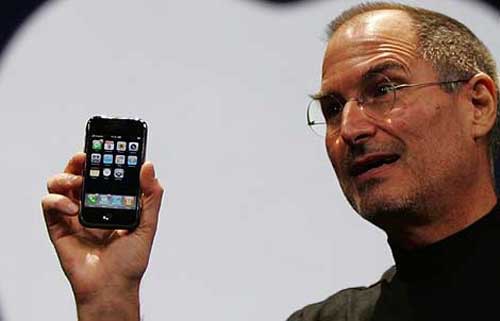 That was the same formula it used with the very first iPad. Tablets weren’t exactly unheard of back then, but those hulking slabs of paperweight were so unwieldy and so expensive that only professionals could afford to use, or even buy, them. But Apple offered a different kind of tablet, one that you could comfortably hold in your hand, relatively speaking, and one that you could afford, as much as you can afford Apple’s prices. Sure, it offered an experience that was basically a blown up iPhone, but that has changed drastically since then.

It is noticeable that these two devices, which would threaten the dominance of PCs in the consumer tech market, didn’t advertise themselves as replacements of any sort. Although a natural substitute for a mobile phone, Apple didn’t market the iPhone as such. Tablets have also existed but Apple didn’t say “here’s a device that will replace those clunky Tablet PCs and you’ll want to take them everywhere with you.”

Technically, those devices could be seen as the evolution of their forebears, but Apple’s strategic marketing and wording really made them sound like they were the first of their kind. In some sense, they were. But by aiming for and talking about them as their own kind, Apple was able to offer something refreshingly new to consumers that gobbled up these devices like crazy. Sadly, even Apple seems to have lost its way.

Been there, Done that

With the PC market threatened by mobile devices, Microsoft naturally had to do something. After all, if you take away the Xbox, its entire business back then revolved around the PC. Since then it has successfully expanded to the cloud, but majority still has its ties to personal computers. So Microsoft did try to put a foot in the mobile space and it did try to offers something relatively new. And it failed miserably. That catastrophe now has a name: Windows RT. 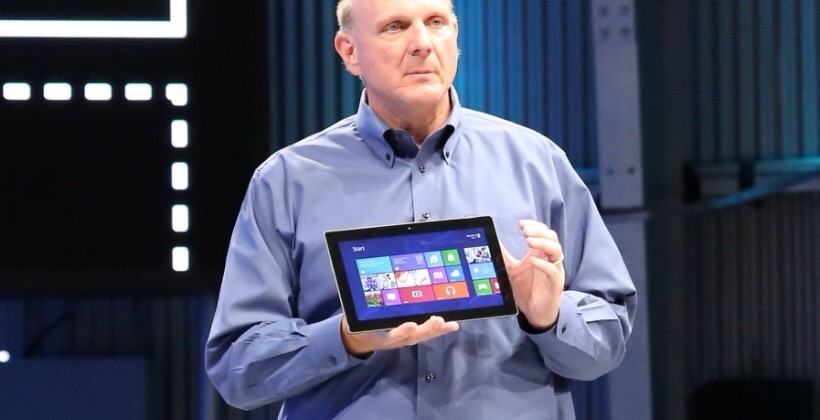 Windows RT came with Windows 8 and both offered a new take on Windows: a more touch-friendly experience. To some extent, Microsoft made the same spiel as PC makers today do with their 2-in-1s and detachables, but on the software level. This is the Windows that will replace your old Windows on your PC. You don’t have to switch to iOS or Android and leave your beloved Windows software behind. While Windows 8 would fail for some different reasons, Windows RT had the same problem that the iPad Pro would be faced with: it just couldn’t replace a PC despite promising to. Windows RT just didn’t have enough apps to even come close to what iOS and Android could already do at that time. It confused consumers because it looked and talked like Windows, in contrast to say a Windows Phone, but even Windows Phone could carry its own weight better. Although Microsoft never explicitly marketed Windows RT as a PC replacement, it practically waved that in front of everyone’s face. It since then has learned its lesson but swung the other way. It created the Surface Pro line and marketed it as a tablet PC to replace your laptop PC. It’s still the same old thing in a new skin. It proved to be successful enough for other OEMs to emulate. The question is for how long.

PC sales are tanking, no doubt about that. It’s not exactly because the PC is dead but because users’ habits are changing. Old device form factors are getting out of fashion but that’s because newer devices are able to offer similar or even better experiences. To be blunt, the form factors aren’t exactly new. The designs of course differ, but the experiences they offered inside were different enough to be exciting for consumers.

In contrast, Microsoft and PC makers are being too cautious. Part out of desperation to keep the PC market alive, and part out of fear of risking too much. They do offer form factors and combinations you probably haven’t seen before. But inside, it’s pretty much the same Windows, with a slightly different coating. Microsoft’s trauma with Windows 8 and Windows RT perhaps made it believe that what its customers want are the traditional Windows experience. And that’s true, if you’re trying to sell them a new PC. And that therein lies the problem. 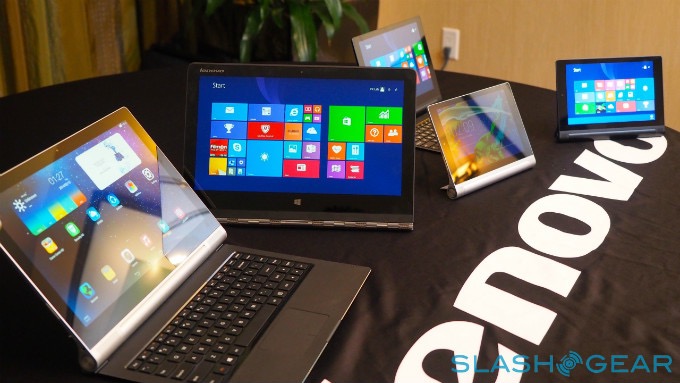 By selling them PC experiences, people necessarily expect PC experiences, whether new or old. By targeting and making devices that become “PC replacements”, OEMs and platform designers inevitably get stuck into the loop of making them behave like exactly PCs. In short, these vendors are missing out on an opportunity to actually redefine the PC market. If the PC is dying, it’s not because there are no people using it. It would because its main proponents have become too scared to push it forward to new and different directions.

The PC isn’t going away as it will always have users. Sure, it could shrink and become a bit niche, but there will always be PCs wherever you look. The moment PC makers accept that, the sooner they can actually try to make something that not only would redefine the PC, or at least make a new category, but also become even more profitable. The market is ready for something new, something exciting, not just PC replacements.

There’s nothing wrong with the form factors, mind you. Some of them are useful, innovative, and sometimes even downright whimsical. We see some of them in the Android market and in fact even Apple has one. The problem with these is that they don’t really offer new experiences, just new packaging or ways to experience the same things. They could definitely do much better. 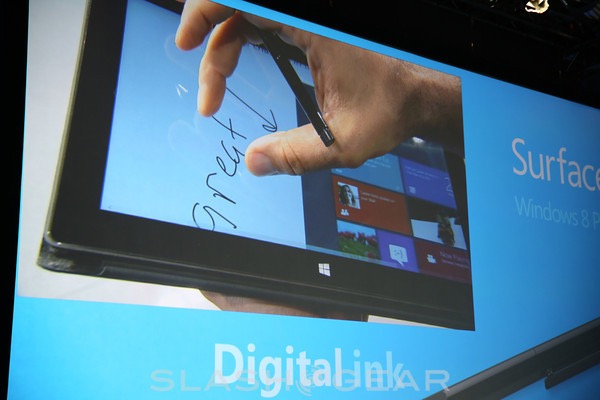 Some of these players do seem to get the idea. HP and Dell have rather strange ideas for future desktop PC interactions, for example. And Microsoft is exploring a new area with styluses and Windows Ink. Of course, these new platforms, if you could call them that, will need apps to survive. Fortunately, Microsoft may have finally gotten enough traction, not to mention tools, to keep developers somewhat happy. Coincidentally, those aren’t exactly tied to a traditional Windows PC experience. Maybe Microsoft finally got the formula right this time.

The PC is indeed in a slump, which is perhaps the perfect opportunity for companies to rethink and do something new. And thanks to past, unfortunate events, they actually now have all the pieces needed to craft something with less effort and risk. It is definitely the time for something new and something exciting that would have PC users go “wow” again for the first time in so many years.