If you’re any sort of a tech or gadget geek, then you might very well be familiar with Parrot‘s small army of personal drones. What might not be familiar with is its other geeky products. Here at CES 2015, the company is laying out all its new wares, including a pair of “smart pots” that adds some intelligence and automation to your gardening hobbies. But you might be surprised that the Parrot Pot and the Parrot H2O are actually the company’s second generation of smart and connected horticulture solutions already.

The purpose of both the Pot and the H2O are practically they same, though they come in different shapes and capacities. Both have sensors to monitor the environment that will be critical to the plant’s growth, including soil moisture, fertilizer, ambient temperature, and light. This data is relayed to a smartphone app named, what else, Flower Power, via Bluetooth and is uploaded to Parrot Cloud for analysis and recommendations about your plant’s future. Both devices also water your plants with very little intervention from humans, aside from refilling the water supply. 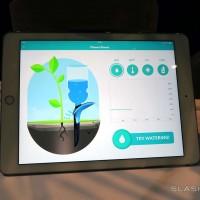 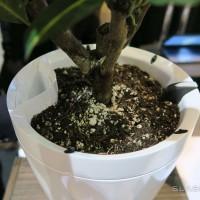 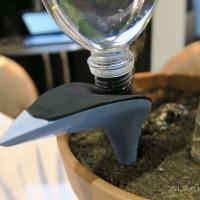 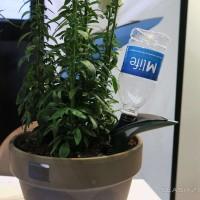 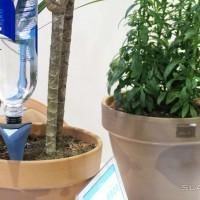 As the name says, the Parrot Pot takes the form of a regular plant pot, one that can hold up to 2 liters of water at a time. It sports four separate irrigation spouts and delivers just the right amount of water depending on its analysis of the proper watering schedule and levels. That said, when the water stored in the pot is running critically low, it will use a more conservative watering protocol that tries to save up as much water as it can without killing the plant.

The Parrot H20, in comparison, is less conspicuous and is more like a contraption that you stick to the ground beside your plant. It doesn’t hold water itself but it supports any screw-type bottle from 0.5 to 2 liters in capacity. Like the Pot, it also regulates the amount and schedule of the water, depending on the type and needs of the plant. The water reservoir can last up to 3 weeks under normal conditions.