“Ubuntu” and “drones” are probably not two words you’ll come across often, even though both are quite popular in their respective areas. So when Parrot, one of the most famous drone makers, and Canonical, the company behind Ubuntu, come out with a special product, it’s hard not to take notice. Painfully spelled as S.L.A.M.dunk, short for “Simultaneous Location and Mapping”, this “drone development kit” piggybacks on a drone, from Parrot preferably, like a Remora fish on shark, giving any drone some autonomous navigation capabilities of its own.

Although there are indeed drones that can already navigate on their own, most do not. And those that do usually cost thousands of dollars. And even then, they aren’t exactly easy to develop, if they are even open to development at all. Drones, however, have long graduated from being novel toys. In the hands of a tinkerer or imaginative developer, drones can themselves become tools for research, experimentation, or even just more fun.

That is where the partnership between Parrot and Canonical comes in. Parrot brings its industry expertise to the table, crafting a hi-tech, though odd-looking module that can be attached to any drone. The module contains a bevy of processors and sensors, including an NVIDIA Tegra K1 (not X1, sadly) processor, 1500×1500 fish-eye stereo camera, an Inertial Measurement Unit (IMU), an ultrasound sensor, a magnetometer, and a barometer. Together, data from these can be weaved together for purposes like mapping, autonomous navigation, imaging, and prototyping. 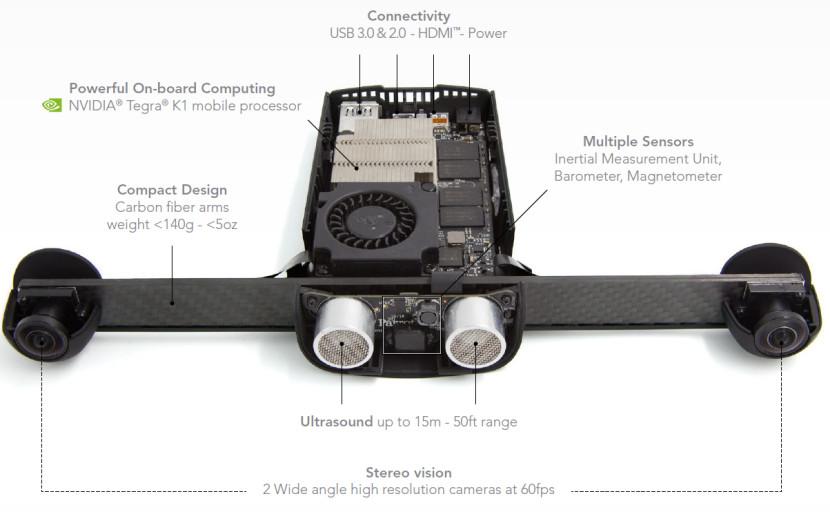 Ubuntu IoT evangelist Thibaut Rouffineau had this to say:

“With the Parrot S.L.A.M.dunk developers can create drones that do much more than a remote control flight. We’ll start to see users creating drones that work for their own unique use cases, whether that’s mapping out an area, navigating autonomously or even walking your spaniel. Ubuntu is fuelling these new smart devices, bringing them the computing power, the reliability and all the software ecosystem they need. This ability to widen the scope of drones usability marks the next era of drone technology.”

On the other side of the coin, Canonical provides the software platform and tools needed to make the SLAM.dunk a hacker’s choice. In addition to, of course, Ubuntu, there is also the Robot Operating System or ROS running inside. This gives drone developers and programmers a familiar development environment for all sorts of experiments and modifications.

But wait, there’s more! The strangest thing you can do with the S.L.A.M.dunk is to connect it to a monitor, keyboard, and mouse. When you do that, you immediately gain access to a regular Ubuntu desktop. It definitely gives a whole new meaning to the term “mobile computing”. 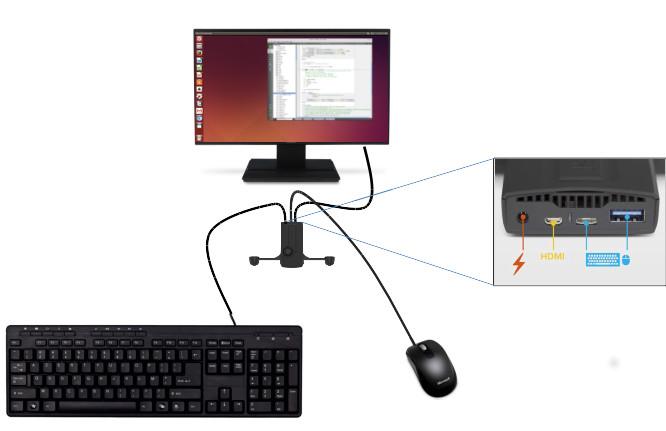 The Parrot S.L.A.M.dunk drone development kit will be available some time in the fourth quarter of this year. Price details have yet to be disclosed.