Parrot’s newest drone promises to be its smartest, with the Bebop 2 Power packing longer flight time, easier photo and video capture, and more straightforward flying. Based on the Bebop 2, the new Power version can run for up to 30 minutes on a full charge, Parrot says. With the two batteries included in the box, that means an hour of droning per session.

The drone itself is still 1.15 pounds, but it’s now finished in a “dual-black” finish of matte and gloss black. On the front, there’s a 14-megapixel camera with 3-axis digital stabilization, capturing Full HD video at 30fps. With the Bebop 2 Power, Parrot has added a new AI-based photography system, which promises to identify the most likely subject in the frame and adjust the settings to suit. 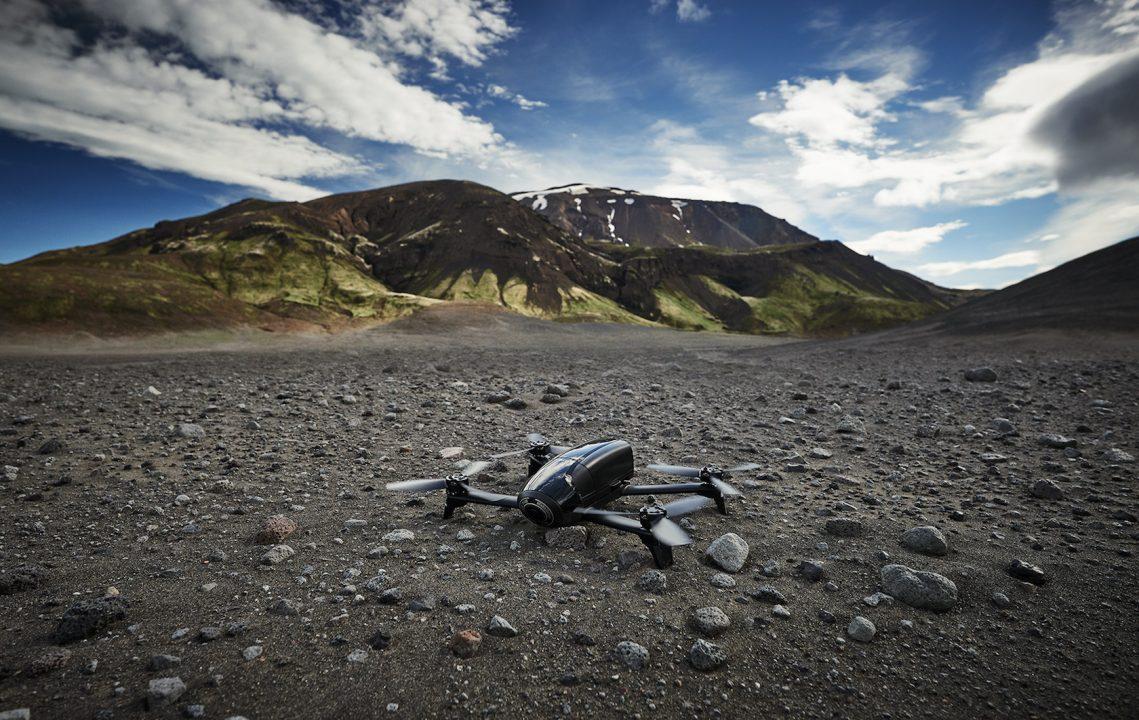 For instance, there’s a Cameraman mode which tracks a moving target and keeps it in the center of the frame automatically. Four preset “dronies” – Orbit, Tornado, Parabola, and Boomerang – run the Bebop 2 Power through some of the more common flight patterns for video without requiring specific flight skills from the operator. There’s also four preprogrammed flying movements – 360, Reveal, Epic, and Rise – intended to capture great landscape footage.

As you’d expect, there’s also follow-me functionality, which uses both GPS and visual tracking to keep the operator in the center of the shot. Parrot has a new FreeFlight Pro app to control it all, along with pulling out still images from the video later on. 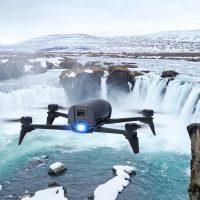 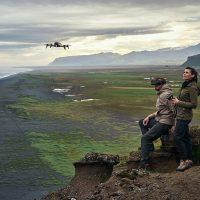 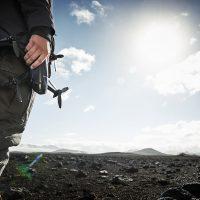 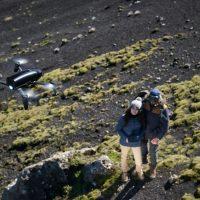 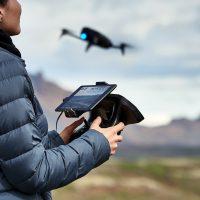 Control is courtesy of the Parrot Skycontroller 2, which can use WiFI to link to the drone from up to 1.24 miles away. Parrot is also bundling its new Copckpitglasses 2, a head-up display that uses a smartphone for its screen. With the companion app, you get a 96-degree frame of view from the drone’s camera, along with key data – altitude, speed, distance, and battery status – overlaid on top. Hit the Sight View button, and you can see what’s around you, beamed through from the phone’s own camera, without taking off the headset. 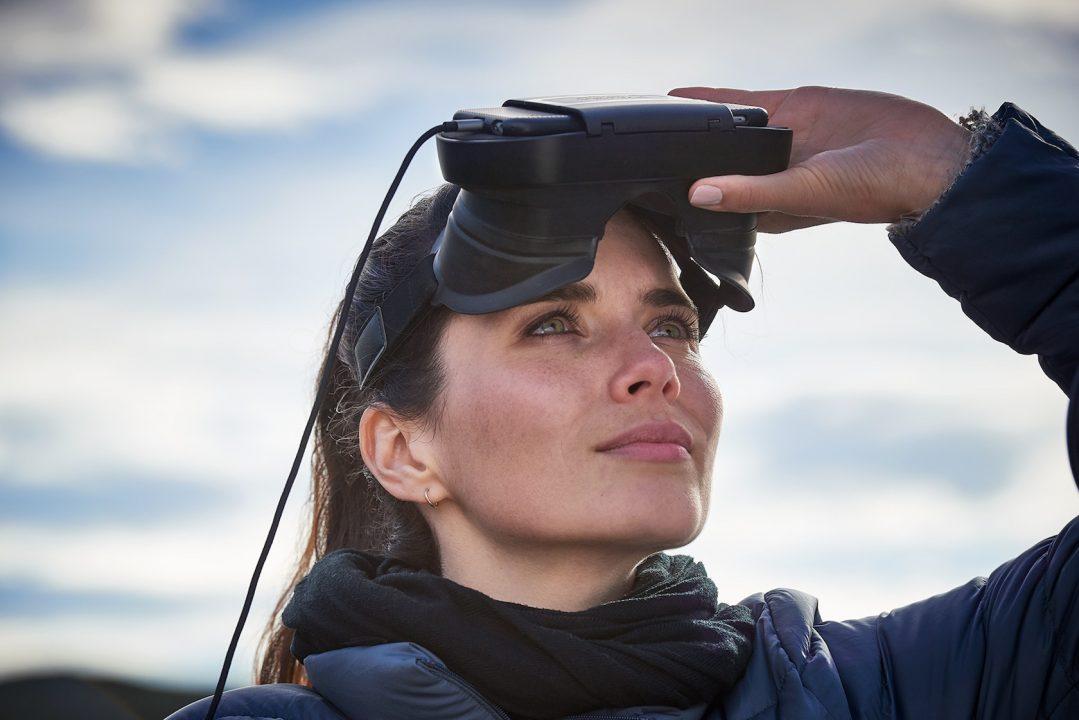 Also new are sensors that track whether the Bebop 2 Power is taking off from a hand or from the ground. If it’s the former, you can launch it by tossing it into the air. Two piloting presets are included too, with Video controlling movement and rotating speeds to better suit aerial videography, while Sport unlocks the 40 mph top speed and allows more tilt during turns. 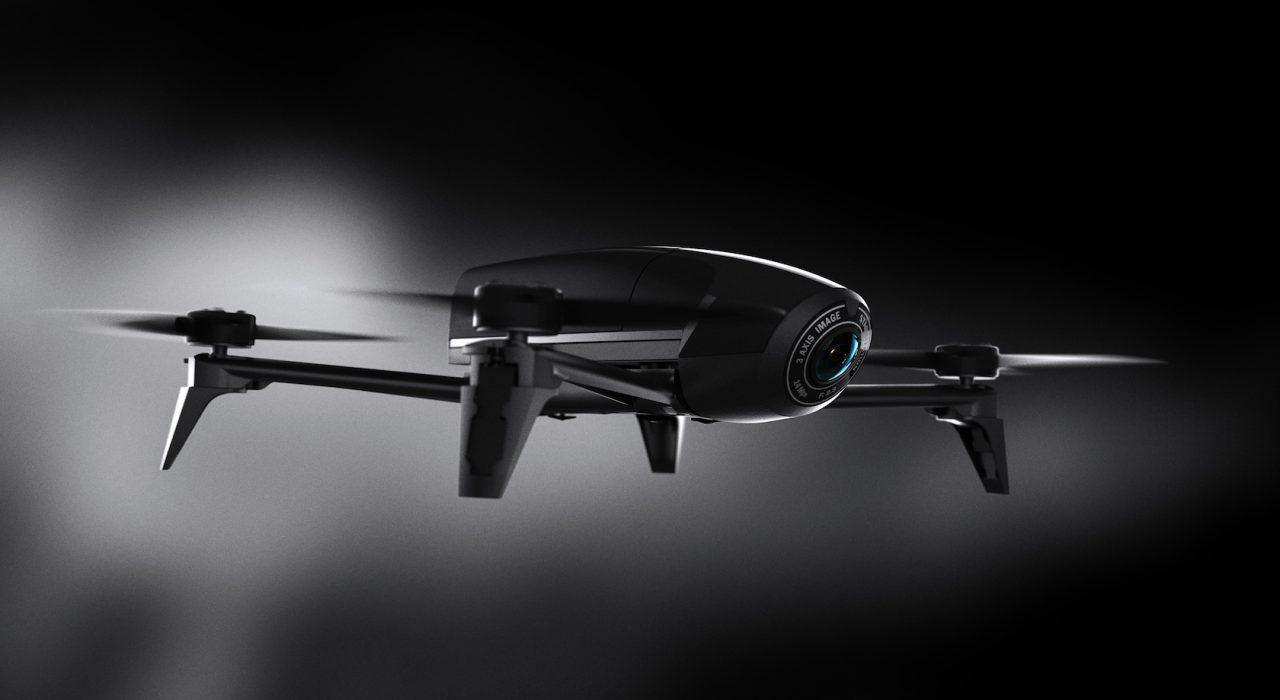 Touch & Fly allows for a destination to be set by tapping on a map. Long-pressing sets the location as a point-of-interest. Meanwhile, in FreeFlight Pro pilots will be able to set speed and altitude parameters, and create a geo-fence for maximum range. A Return Home control summons the Bebop 2 Power back to its point of origin, while FindMyDrone shows its last GPS-recorded position.

Parrot says the Bebop 2 Power drone will hit shelves this month. It’ll be priced at $599.99, including the drone, two batteries, the controller, and the headset. 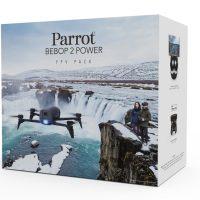 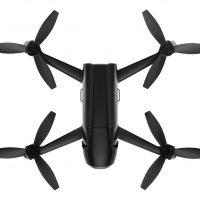 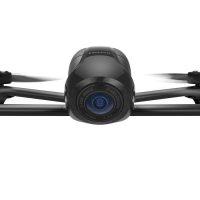 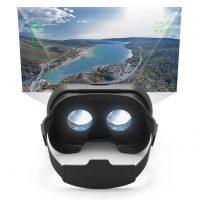 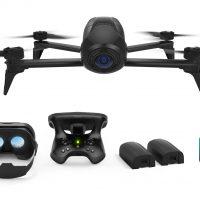