Parrot has a new drone, but the French company would really rather you think of the new Anafi Ai as a 4G-connected flying robot. Tapping cellular data for better, broader range, and a new 3D vision system for obstacle avoidance, Anafi Ai’s other big boast is an open-source platform that effectively turns the drone into a flying computer for surveys, research, and more.

It doesn’t look like most drones, almost insectile from some angles, with Parrot’s gold and bronze detailing an unusual – but not unwelcome – change from the norm. The four rotor arms fold in for portability – collapsing the Anafi Ai down from 320 x 440 x 118 mm to 304 x 130 x 118 mm – and it weighs 1.98 pounds. Parrot says it’s ready to fly in 60 seconds. 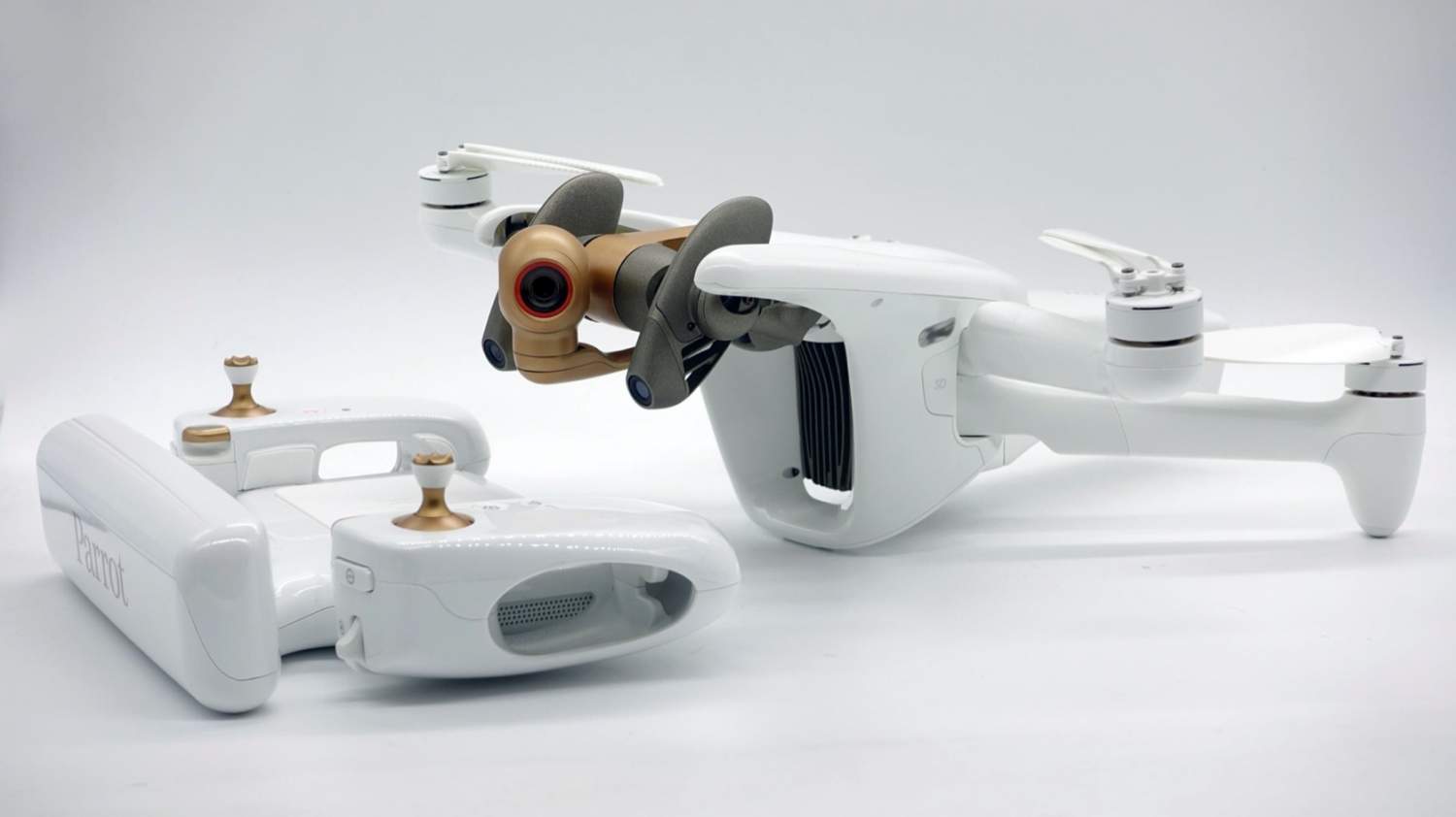 What sets Anafi Ai apart from many other drones is how it connects to the controller – and to the cloud. Parrot has baked in a 4G LTE modem; pilots can add their own data SIM, and then enjoy much longer, non-line-of-sight control. “This is very much about making long-range, autonomous missions,” Chris Roberts, VP of Parrot and head of sales and marketing, explained, “but doing those in a very simplistic manner from a user perspective.”

Anafi Ai can use WiFi too, but Parrot sees 4G as being the liberating factor here. It should mean greater flexibility even with buildings and other objects in-between drone and operator, with the system automatically checking the optimization of the link roughly every 100ms. If the 4G network slows, or cuts out altogether, the WiFi will take over assuming it’s within range.

If it’s not within range, the drone’s behavior can be customized. It could return home, for example, flying back to its takeoff position, or you could customize it to go elsewhere.

Parrot’s approach differs from the 360-degree sensor suite that rivals like Skydio are using. Anafi Ai takes inspiration from binocular vision in the animal kingdom – “you don’t need eyes in the back of your head,” Roberts argues, “because you look around and change direction” – with a movable 3D camera array that can look fully up or down. What they see is passed to the onboard AI, which is responsible for avoiding collisions.

As for the primary camera, that’s a 48-megapixel sensor mounted on a 6-axis gimbal. It’s capable of up to 4K 60fps capture with HDR10, and also packs a 6x zoom. Parrot says that can see 1cm details from 75 meters (240 feet) away.

Operators will, of course, be able to control the camera manually, but the Anafi Ai is also designed to do autonomous photogrammetry. It can capture 48-megapixel stills at 1fps, with survey-grade accuracy of 0.46cm/px GSD at 30 meters. The concept is that it could be dispatched to a bridge, building, construction site, or anything else that needs to be digitally captured, and then left to gather all the data you want.

What sets the Anafi Ai apart, though, is that you don’t have to wait until the drone has returned to see the results. While there’s of course a live stream of video from the camera to the controller, Parrot’s 4G LTE connection means the drone can instantly begin uploading data to Pix4DCloud, the company’s cloud-based platform, via an encrypted link. 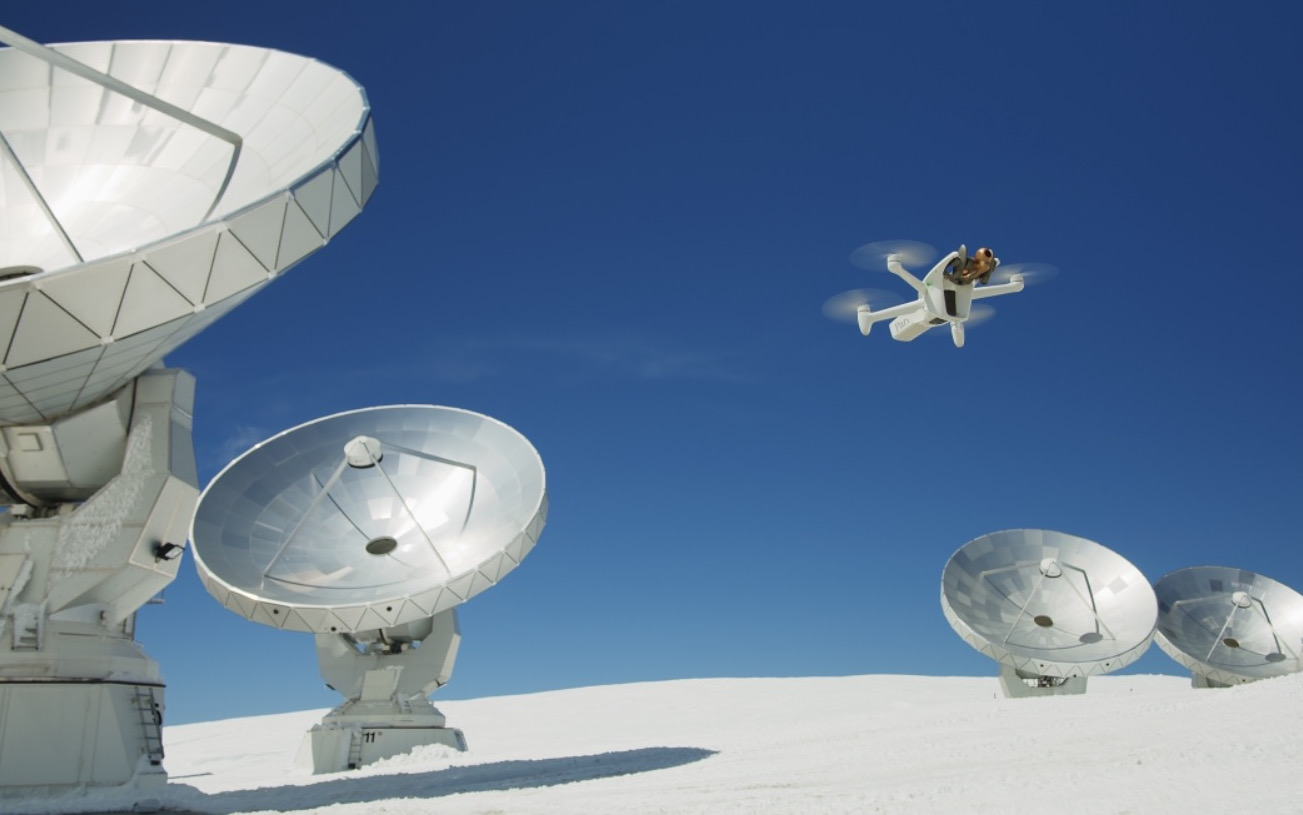 The drone has a dedicated secure chip for both public and private keys, and each photo dataset has a digital signature which can’t be modified without authorization. However Parrot will also have a new Air SDK, which will allow developers to create apps that run directly on the Anafi Ai and tap all its hardware and software.

A wind turbine company, for example, could develop specialist survey software that guides the drone autonomously around a target. That software could tap into the Anafi Ai’s 3D cameras, occupancy grid, and everything else, and be uploading directly to the company’s servers via 4G along the way.

The new SDK will sit alongside the existing Ground SDK, which can be used to create apps and software for people to use on the ground. Parrot’s Free Flight 7, meanwhile, has open core source code, so that companies could take the basics, customize it for their enterprise or vertical, and then sell that specialized version on later. Parrot’s Sphinx virtual testing environment allows software to be trialed in an Unreal Engine-powered airspace.

The Parrot Skycontroller 4 has a new design, and can accommodate large smartphones and up to an iPad mini. It has an HDMI output to stream video directly from the drone, up to 1080p, and the whole thing weighs 1.34 pounds.

Though Parrot was an early entrant into the consumer drone space, in recent years the company has been focusing fully on the professional drone space. That said, we can likely expect Anafi Ai to have a suitably business-focused price tag, though we’ll need to wait a little longer to find out exact numbers. Parrot will confirm that closer to the Anafi Ai‘s release, sometime in the second half of the year.