All the way back in 2011 we had our first look at the Throwable Panoramic Ball Camera – well before it was ready to be manufactured as a consumer product. Here at the tail end of 2013, taking full advantage of the current craze that is crowd-funding, the same fellow who headed the project two years ago is taking a real stab at making the machine a reality. We had a chat with Jonas Pfeil, the creator of Panono, here on the day of the launch of this device’s first Indiegogo push.

The team as it exists today consists of Jonas Pfeil, president, co-founder, and creator of the Panono along with Björn Bollensdorff, CEO and co-founder, Qian Qin, CTO and co-founder, and Ralf Coenen, executive advisor to Panono. Together they’re creating a ball that you toss up into the air, capturing a 360-degree spherical panorama at its highest point.

The device as it exists today is 4.33-inches in diameter, weighing in at 0.66 pounds (300 grams), and is surrounded by “tough clear plastic”. The ball works with 36 fixed focus cameras with a total resolution of 72 megapixels – and the whole machine works with mobile apps for iOS 6 and above as well as Android 4.0 and above.

See a full-window-sized version of the above demo at Panono’s demo page and see the beginnings of a full network at their Panoramas listing index.

As we’ve been excited about this project since well before it became a product ready for public consumption, we had quite a few questions for Pfeil the week before this iteration of the ball camera went public. For your benefit, what you’re reading is all the juicy bits on Panono.

SG: Back when the throwable ball camera was first introduced as a concept, we were just entering an age of “smart cameras” and now wearable smart products – how does this device pave its way in the world as a unique product?

Jonas Pfeil: It’s the only camera that can snap super high resolution panoramas (72 MP) in a split second. Capturing everything around you, even if it is moving (like people). This enables anybody to capture his memories completely. Everybody is on the picture, even the photographer (did you ever look at your holiday pictures suddenly realizing that one person is always missing?).

Panorama apps for smartphones for example will not work properly if the people in the picture are moving (same goes for other things, like cars, ocean waves etc.). Also with such an app taking a panorama takes forever :)

Our camera connects directly to your smartphone and tablet which gives you an instant preview of the panorama (important if you do Vadering for example ;) The app also uploads the 36 single images to our free stitching service. Once in the cloud stitching is super fast (currently under 2 minutes, should be even faster later) and doesn’t drain your phones battery. 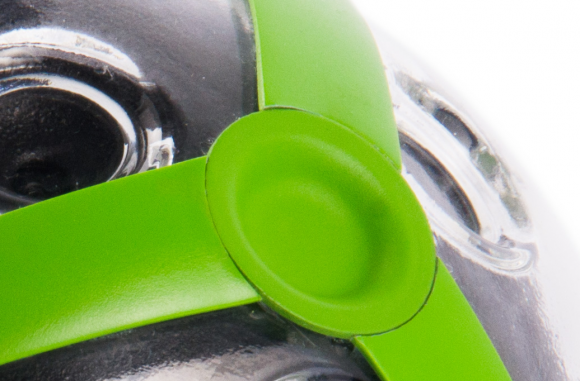 SG: Will the images produced be able to be uploaded to services like Google+ with photospheres?

JP: Yes, we will definitely add this feature!

SG: Do you plan on working with any smartphone manufacturers specifically to optimize performance, or is this more of a universally usable machine?

JP: We plan to support as many different smartphones and tablets as possible. We are designing the Panono app as universally compatible as possible and are doing optimizations for specific phones where necessary. We already have a working iOS and Android app. Basically all modern iOS devices are supported. On Android we specifically tested with the S3, S4 and Nexus 4 so far. We will continue to test and optimize for more phones as we go along. 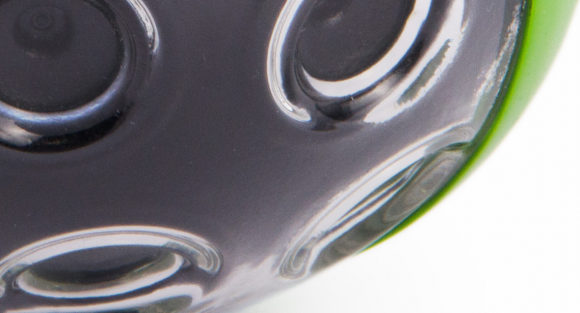 SG: What plans can you share on second-generation projects (after this first camera is made real)?

JP: One thing we like to do at one point is make the camera waterproof so you can go diving with it :) The model we are offering on Indiegogo should already be able to withstand a few drops of rain though.

SG: What sort of reactions have you gotten from people seeing the prototype cameras out in the wild?

JP: Basically every time we go out people stop and ask what that thing is. When you tell them it’s a ball camera most are pretty amazed :) One of the most fun things that happened was when we were out filming with a TV crew a tourists came by and told his friends all about the camera, so we didn’t have to do anything!

At the moment it would appear that the machine is going to cost users – early adopters, at least – a slightly shocking $549 USD. The results are going to have to be mind-blowing to get widespread adoption at that sort of point – but then again, your average smartphone costs no less off-contract.

Have a peek at the Panono’s current Indiegogo listing to see additional bits and pieces as this machine heads towards its final form. Will the public attach for this unique product, or will the prototype be the one and only edition we’ll ever see? That’s all up to you, really. Let us know what you think!