Panasonic OLED 4K TVs, curved in more ways than one

AT CES 2014, Panasonic has some curved OLED TVs on display. Not interested? Seen that before? Maybe, but probably not like this. Rather than curve toward us, which Panasonic has as well, these turn away from you at the edges. That’s something we’ve not seen yet.

In their booth, Panasonic has an interesting display of six televisions, three of each curvature, bent to form a big ’S’. The layout itself is impressive, and we looked hard to tell the difference. In regard to image quality, there wasn’t anything noticeable. Streaming pics across the monitors was really a sight, mostly because we’ve never seen it before. Also, in keeping with another CES theme, they’re 4K — and 55-inches. Big and 4K is always a good idea. 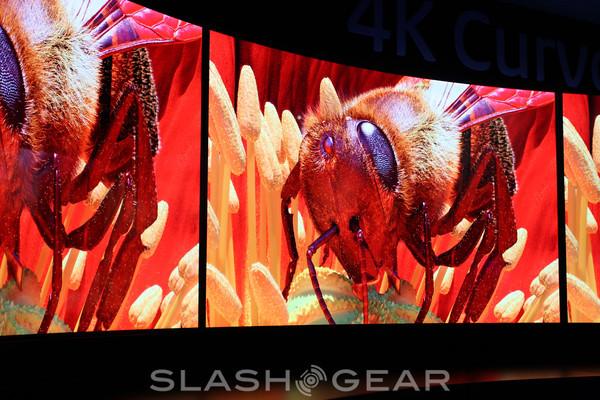 When we spoke to Panasonic representatives, they told us it wasn’t a product they were ready to bring to market at this point. Rather, they just wanted to display their display, and let the world know that it could be done. More to the point, they want everyone to know they can do it. We wouldn’t turn our nose up at having one in our homes, that’s for sure.

Of course, the viewing angles were shockingly wide, but that’s to be expected. We haven’t seen anything like it, and it’s one of those little touches that makes CES special. We’re still here at CES, and will continue to run through the showcase to bring you all the coolest stuff from Las Vegas. 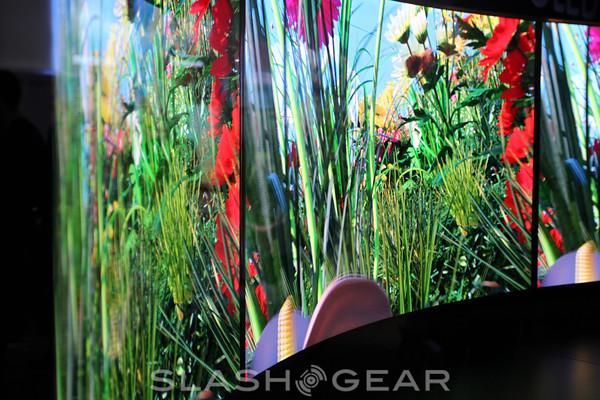