There were a few new bits of information leaked out today about the Palm Pre: a potential affirmation of the launch date, and supposed pictures of the Pre in public hands. The authenticity of the latter is less likely than the former however.

First, Engadget released a document stating that the launch date of the Palm Pre would be no earlier than May 16th. This is consistent with the rumors we heard earlier of a May 17th launch date. The 17th is a Sunday, and is the usual day of the week for Sprint to launch new phones. There’s no real reason to doubt the information that Engadet received. However, the document doesn’t define the date, but rather the time frame for the launch. This means the Pre will hit any time between 5/17 and 6/30. Great, so right about the time we expected it to.

Second, and more suspicious, are “photos” of the Palm Pre in the wild. Yes, that is supposed to be a Palm Pre in that kid’s hand. However, there are several concerns raised when one looks at these photos. First of which is the obvious lack of accurate reflections, and the fact that the display isn’t showing what the camera is looking at. Second, the size of the device in the person’s hand doesn’t accurately reflect the size of the Pre in the hands of our demonstrators. Not to mention fuzzy edges.

We’re not going to call “Photoshopped!” on this one just yet, but considering that only celebrities and Palm/Sprint employees have Pre phones to our knowledge, these photos are highly suspect. 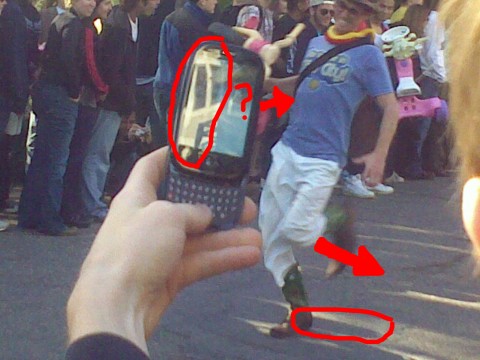 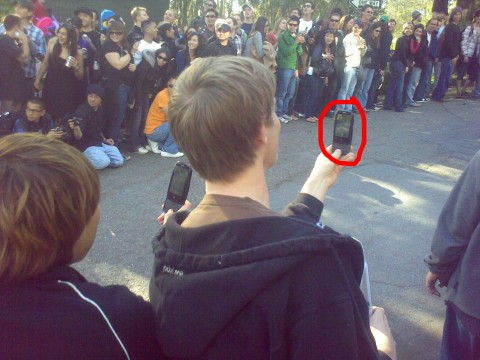 Check out the gallery for more “photos of the Pre.”