CES 2021 officially kicks off today, and Other World Computing – otherwise known as OWC – has started things off by revealing an entire slate of new accessories. The company revealed four new accessories in all today: the USB-C Travel Dock E, the U2 shuttle that can house up to four NVMe M.2 SSDs, the OWC Thunderbolt Dock, and the Envoy Pro FX external SSD. All of the products OWC announced today will either be available this month or within the first quarter of 2021.

The name of the game here, it seems, is compatibility. OWC’s new travel dock (pictured above) is outfitted with six ports in all: USB 3 Type-A, HDMI 2.0, Gigabit Ethernet, USB-C 100W power passthrough, and an integrated USB-C connecting cable. OWC says the dock has the approximate footprint and weight of a hockey puck, and that it can still be used via bus power or that USB-C power delivery port when you don’t have an outlet handy to plug it into.

The dock is compatible with Mac, PC, iOS, Android, and Chrome OS devices. It’ll be out sometime in Q1 2021 with a price tag of $64.99 and will exist alongside the company’s USB-C travel dock for Thunderbolt 3 Macs and PC. 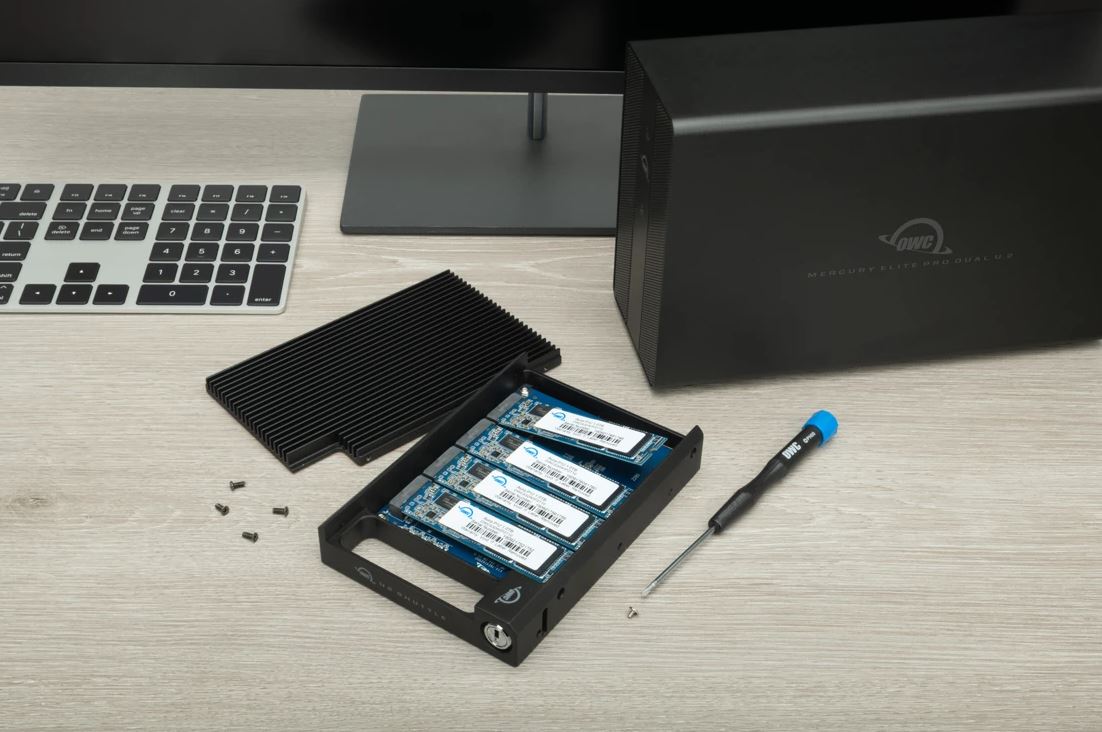 Next up we have something quite a bit different from the docks that were revealed today – the OWC U2 Shuttle. This is a U.2 carrier shuttle that holds as many as four NVMe M.2 SSDs and is meant to slot into a traditional 3.5-inch drive bay. So, if you’re out of room on your motherboard but you still want to leverage some NVMe M.2 drives, this could be a good option.

It’s also good for those who are looking to arrange NVMe SSDs in RAID 0, 1, 4, 5, or 10. OWC says that the U2 Shuttle is compatible with the company’s own Helios 3S, ThunderBay Flex 8, and Mercury Pro U.2 Dual, but it’s also compatible with any PC that has U.2 support and an open 3.5-inch drive bay. It’ll be available in pre-populated configurations, though users can opt to just buy the shuttle and add their own M.2 drives. Look for it to launch later this month for $149.99.

After taking a short trip to the realm of expandable storage, we’re back to talking about docks. The third product OWC announced today is the OWC Thunderbolt Dock, which serves up four Thunderbolt 4 ports, four USB ports, a combo audio in/out jack, an SD card port, and Gigabit Ethernet. The dock also provides 90W power delivery through the Thunderbolt 4 host port, and can support up to two 4K displays or one 5K/6K/8K display.

OWC boasts that Thunderbolt performance won’t be degraded by routing through the dock, and it’ll be just like you’ve plugged your Thunderbolt device directly into your machine. The dock even comes with a Kensington Security Slot and an adjustable LED. The OWC Thunderbolt Dock is available now for $249. 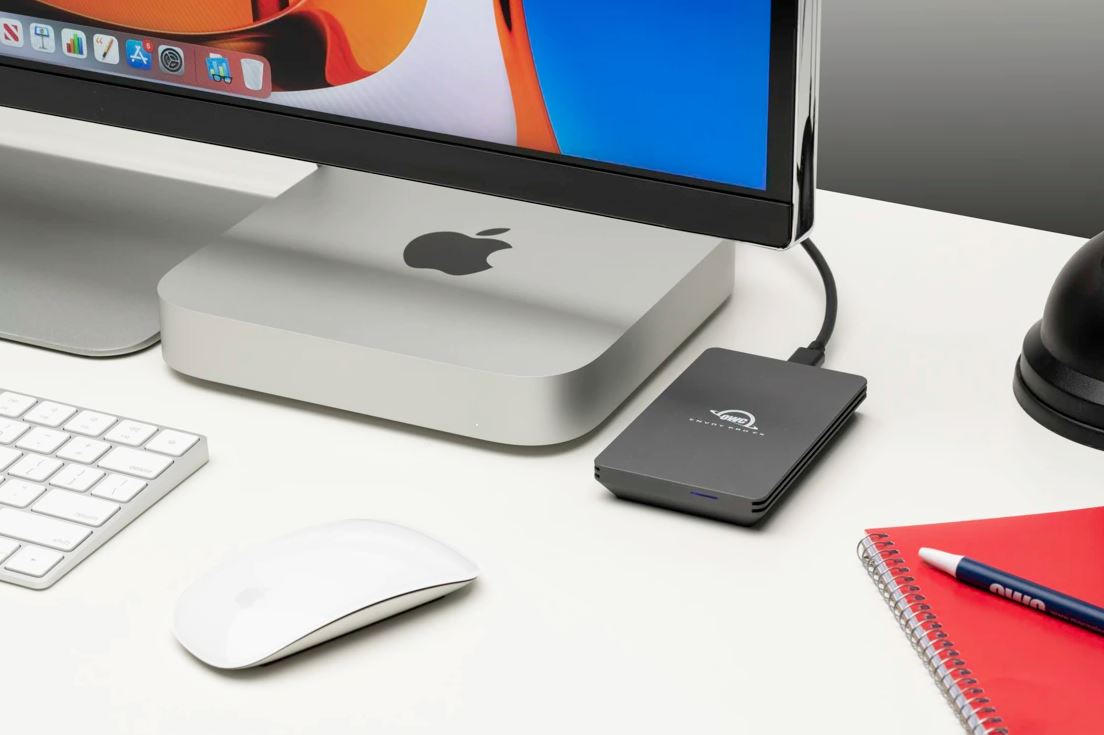 Finally, we come to the Envoy Pro FX, the final product OWC revealed today. This bus-powered external SSD offers plug and play capabilities with Mac, Windows, Linux, iPad Pro, Surface, and Chromebook and uses a Thunderbolt and USB interface that’s capable of transferring data at up to 2800MB/s. The aluminum shelldissipates heat as you use it and is dustproof, drop-proof, and waterproof, so the Envoy Pro FX has some durability to it as well. Look for it to launch this month with configurations ranging from 240GB to 2TB and a starting price of $169.