Thunderbolt external drives may be fast, but they’re not typically sturdy, something OWC aims to change with its new super-durable Envoy Pro SX. On the inside, there’s a big chunk of high-speed SSD storage; on the outside, there’s a ruggedized case which OWC promises is dust, drop, and water-proofed to IP67.

In fact, the company says, it engaged a third-party testing and certification service to drop the Envoy Pro SX over 25 times, at every possible angle, from four feet up. Even after that, the drive survived. It’ll also handle up to 30 minutes of submersion at 1 meter (3 feet 3 inches) or less of water. 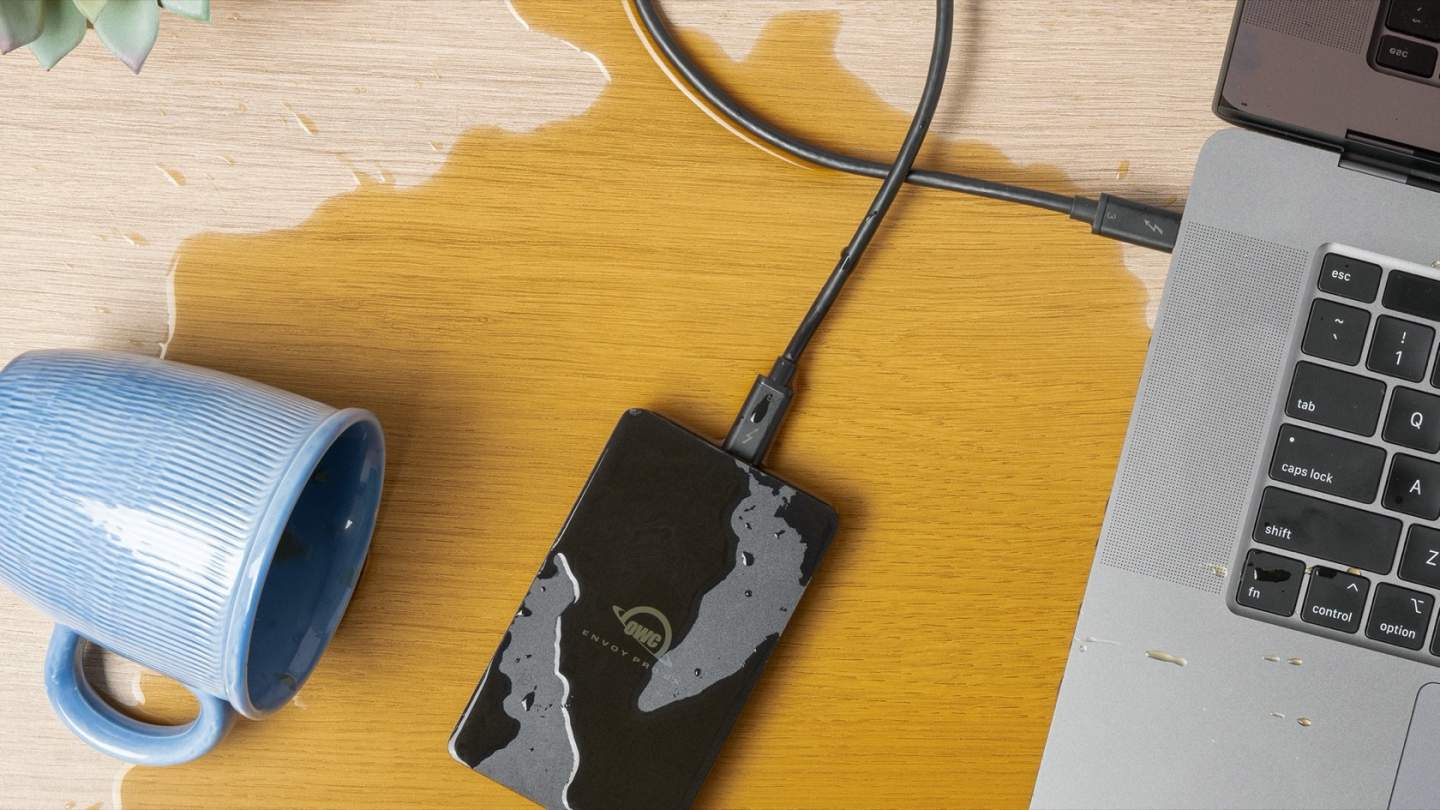 In short, coffee spills, unexpected rainstorms that soak your backpack, and accidentally getting dragged off the desk onto the floor shouldn’t be a problem for the Envoy Pro SX. It’s also fan-less, with the sturdy aluminum housing acting as a heat sink. The grooved fins, OWC says, mean it dissipates heat rapidly, not only good for drive health but meaning transfer rates stay rapid too.

As for those rates, the SSD and Thunderbolt / USB4 connection mean you’re looking at up to 2,847 MB/s sequential read and write speeds, OWC claims. That was recorded with a 1.0TB OWC Aura P12 Pro equipped Envoy Pro SX, connected to a Windows 10 PC using a Gigabyte motherboard, Intel Core i5-6400 2.7GHz processor, and 16GB RAM, transferring a 4GB 4K video file. 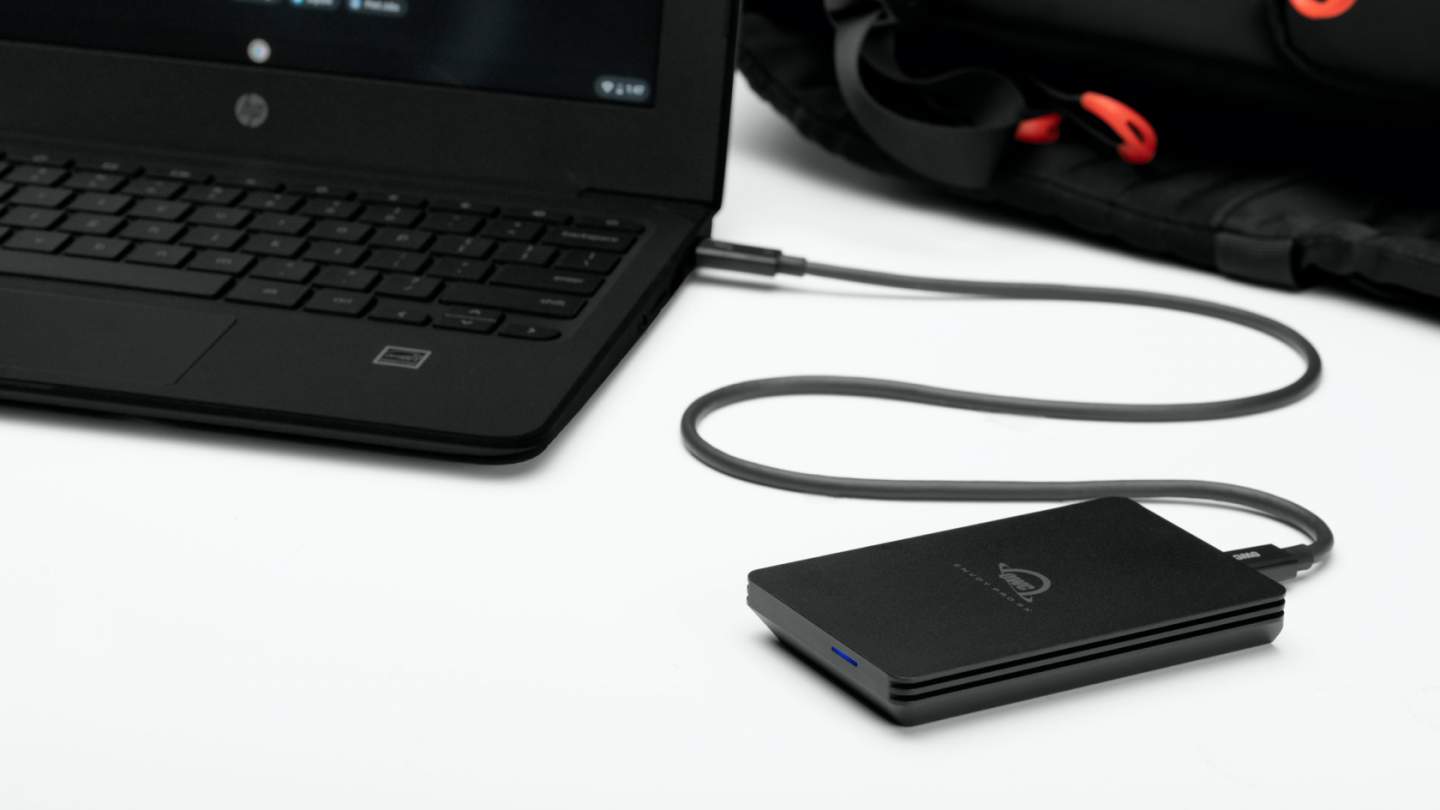 Video editing is, unsurprisingly, one of the primary use-cases OWC has in mind, though photo and audio work, 3D content creation, and general backup should do handsomely given the drive’s speed too. It’ll work with both Macs and PCs – including their native encryption systems – and, on the practical side, OWC has used a removable cable (with a 0.7 meter cable included in the box). That, OWC’s CEO Larry O’Connor says, was a key suggestion from owners of the previous Envoy Pro EX. An LED shows drive activity and bus power status.

Each of the new drives come with a 3 year limited warranty, and they’re shipping today.