Overwatch’s new Rialto map is live on the PTR

A new multiplayer map is coming to Blizzard’s Overwatch in the near future, and PC players can now take it for an early spin on the game’s PTR, or public test server. Dubbed Rialto, the new map will look familiar to anyone who’s played Overwatch‘s new Retribution co-op PvE event in the last two weeks. But this latest PTR update also includes several key changes to some of the game’s heroes, as well as unintended early look at changes to another map.

Set in Venice, Italy, Rialto is new escort map that’s very similar to the Retribution event — or rather, Retribution takes place on a customized version of Rialto that’s filled with AI bad guys to shoot. Rialto drops the night setting for bright daylight, and tasks the attackers with pushing a payload to an end goal, with several checkpoints along the way.

Early impressions reveal Rialto has a similar feel and layout to the fan-favorite King’s Row map, with a narrow choke point at the start giving way to flanking routes, and a number of sharp turns along the way to the final checkpoint. Different sections of the escort route are favorable to either the attackers or defenders, and there are areas for plenty of the game’s characters to put their strengths to use. 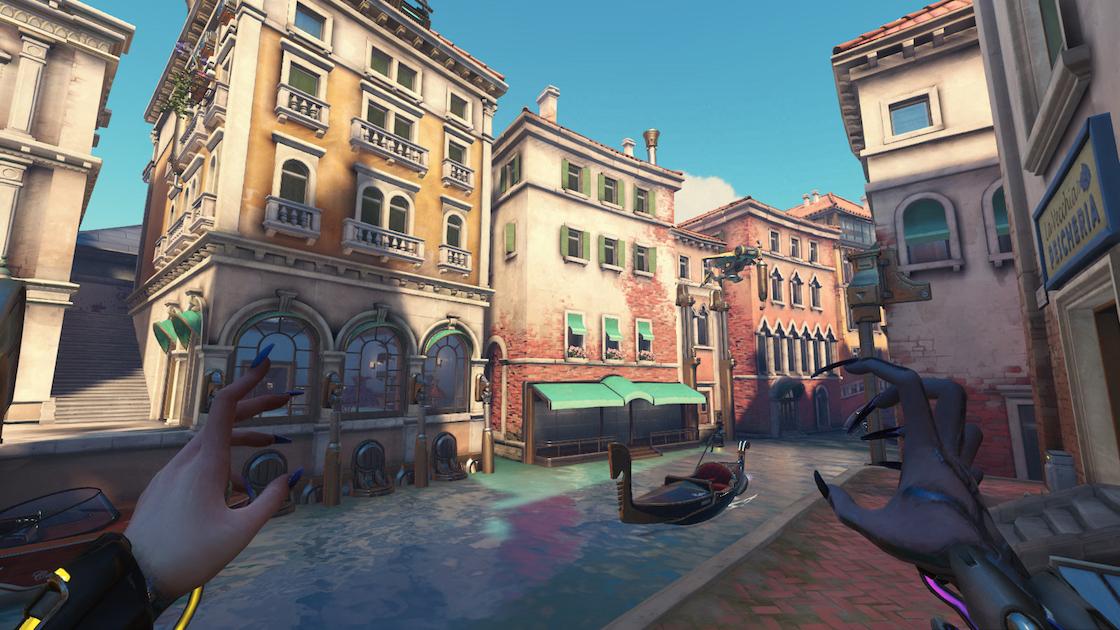 Along with the new map, the PTR update includes the first look at a big rework of Hanzo’s abilities. Gone is the sniper’s widely hated Scatter Arrow, and its place are Storm Arrows, an ability that lets players fire their next six arrows in rapid succession at full power, but with reduced damage. Also new to the hero’s kit is a Lunge ability, activated by quickly pressing jump twice, giving him a nimble, lateral dodge move.

A few other characters have been tweaked as well: Tracer’s Pulse Bomb now does 300 instead of 400 damage; Genji’s hitbox for the Deflect ability has been reduced; Junkrat’s projectiles are slightly smaller, and his Rip Tire is slightly slower; and lastly Lucio’s Wall Ride ability is now less likely to be interrupted on a single surface and can go around corners, while his Soundwave no longer uses ammo.

Lastly, the patch includes changes to the Horizon Lunar Colony map, namely relocated doorways and additional stairways and balconies throughout the environment. Blizzard has explained that the map is in the process of getting reworked, but these changes weren’t meant to go live on the PTR. As a result, the current version of the map on the PTR is not final, and it’s likely other changes will be made in the future, and it will be some time before the reworked version comes to the live game.

Like most of Overwatch‘s updates, new maps and character changes are usually tested on the PTR for several weeks before reaching the live game on consoles and PC, so Rialto probably won’t make its official debut until sometime between early and mid May.