Yes, it seems that everybody’s favorite battle-ready hamster will be making his debut as a LEGO minifigure, while Junkrat and Roadhog will feature in a set that allows builders to construct Junkertown (or at least the sign that sits on Junkertown’s boundary).

Both of these sets are in something of reveal limbo at the moment. Amazon UK let the cat out of the bag with listings for both the Junkertown and Wrecking Ball sets – listings that are still live right now – but so far, there’s nothing official on LEGO’s website. The company did take to Twitter to tease these LEGO sets, however, noting that they’ll be out in October with a special preview coming at San Diego Comic Con next month. 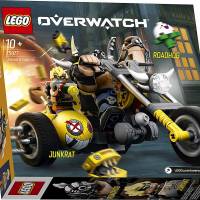 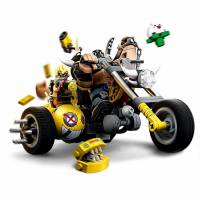 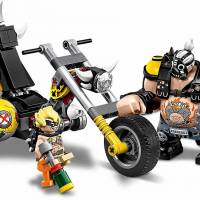 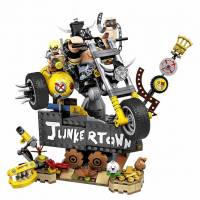 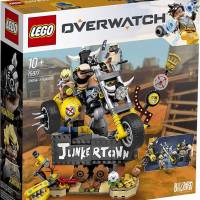 So, we probably won’t learn any additional, official details before these sets show up at SDCC, but those Amazon UK listings do still give away a fair amount of information. In addition to showing off multiple pictures of both sets, they also lists the price of them. The Junkertown set is listed at £44.99 ($57.03), while the Wrecking Ball set comes in at £17.99 ($22.80). 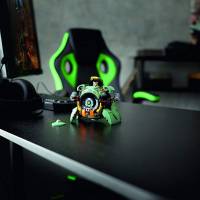 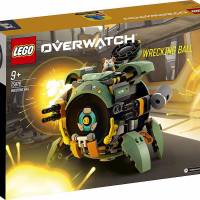 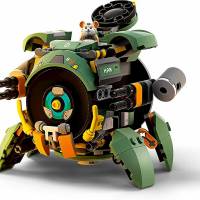 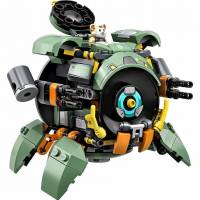 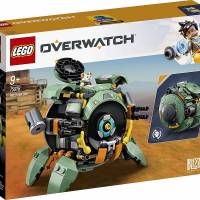 From those prices (and from the photos) we can glean that the Junkertown set is the larger of the two, as it includes an oversized minifigure for Roadhog, Roadhog’s motorcycle, a Junkrat minifigure, and that Junkertown sign. Wrecking Ball’s set, on the other hand, only seems to include a Hammond minifigure and his mechanized hamster ball. We’ll look for more details once SDCC rolls around, so stay tuned for that.