The Kickstarter campaign for OUYA has given us a handful of pretty big announcements, from Square Enix announcing Final Fantasy III as a launch title for the Android console, to Robert Bowling’s reveal that an episodic prequel to Robomodo’s upcoming game Human Element will be exclusive to OUYA. Today, however, the OUYA team made an announcement of an entirely different nature, telling Kickstater backers that they have partnered with VEVO. Naturally, this means that OUYA owners will be able to use their console to access VEVO’s massive library of music videos.

It’s a pretty exciting announcement, with the Kickstater update claiming that users will have the ability to browse through the highest rated videos or look through an artist’s entire catalog. In all, VEVO says that it will have 50,000 high definition music videos and “new, original programming from more than 11,000 artists” ready to go when OUYA launches in March 2013. We’re also told to expect more information on this team up as we get closer to OUYA’s launch, so keep an eye out for that.

The big reveals didn’t stop at just the announcement of this VEVO partnership though, as OUYA also revealed a special limited edition console that’s only available for the final week of the Kickstarter campaign. The console you see above can be had by pledging $140, but other than the new look, there isn’t any new functionality that comes with this limited edition. There’s also a new limited edition controller up for grabs, which you can see below. 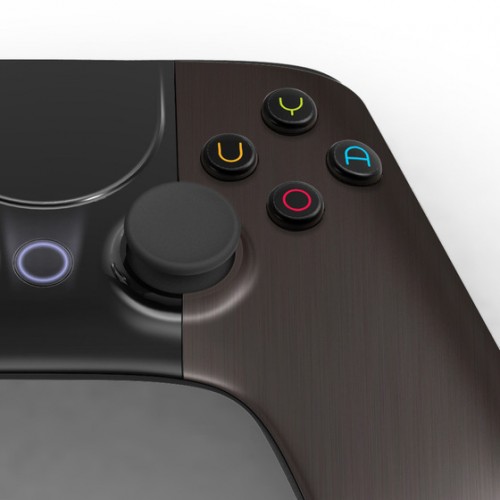 Just seven days left to go before the OUYA Kickstarter comes to a close. The company behind the console has now managed to raise over $6 million, so the OUYA team will have a lot of money at their disposal when it comes time to buckle down and get to work. Can they pull it off? Some still say no, but just as many seem to have faith that OUYA can be just as grand as the developers claim. We’ll be getting our answer before long, so stay tuned.