While major players like Disney and Activision, to some extent, are abandoning the “toys-to-life” ship that they helped establish, their departure leaves room for more takers and innovators to take the market in new directions. Activision, for example, wants to try its luck in the card collecting and battling genre. Osmo, on the other hand, is doing what it does best, make educational toys. Osmo Coding attempt to bridge the divide between physical and digital while, at the same time, giving the young ones what could be their first taste of programming.

Osmo Coding is perhaps best described as a toys-to-life version of LEGO Mindstorms, sans the robotic component and without the figurines. Like LEGO, there are basic building blocks to be combined in myriad ways to create different effects. But more like toys-to-life products, the physical parts of Osmo Coding affect the digital character, named Awbie, inside the digital iPad game. All of these work together to do one thing: let kids discover the joys of programming by turning it into a game. It’s game development and game enjoyment all rolled into one package. 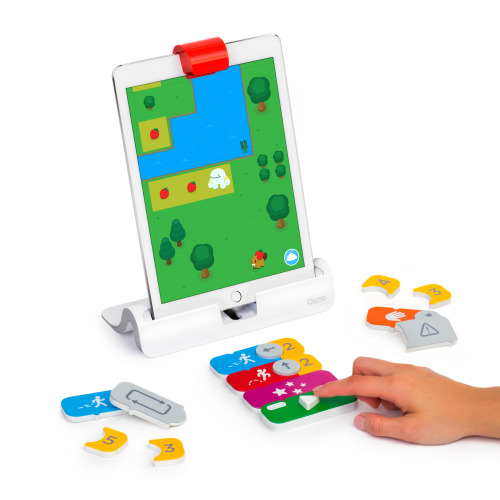 Teachers and kids familiar with programming environments like Scratch and Alice will feel right at home with Osmo Coding. In terms of visual programming, they have many similarities. There are basic units of actions, like move or “use” (an item) that kids can chain together to make Awbie move in the game and do stuff. They can also attach a number to each block, indicating how many times they want the action repeated. The crucial difference between the likes of Scratch and Osmo Coding is that the latter’s blocks are actually physical blocks and virtual ones. Osmo believes that there are just some things that are better learned or done through tactical experience.

The blocks themselves aren’t actually “magic”, of the technological kind. Like Osmo’s other iPad-based programs, this makes use of a special base and “mirror” accessory that can see the blocks. Of course, it’s all hidden from the kids, who will feel like they’re making magic thanks to this thing called “coding”. Kids aren’t going to suddenly become expert hackers, but they might find their inspiration to become the next social network or game developer superstar. The Osmo Coding kit goes for $75, but those who already have some other Osmo Kit can simply but the add-on for $49.